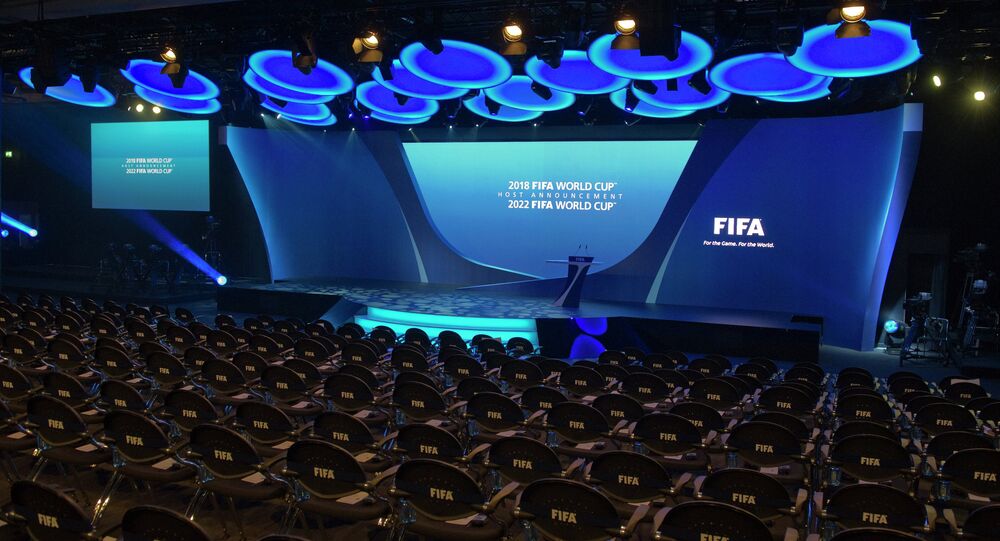 © Sputnik / Igor Chuprin
Preparations Underway in Kaliningrad to Host 2018 FIFA World Cup: Reports
MOSCOW, January 21 (Sputnik) — Qatar used the services of consultancy and PR agency Portland Communications for "astroturfing" amid controversy over the FIFA World Cup that will be held in the country in 2022, a report by the Corporate Europe Observatory revealed.

"In 2014 Portland Communications swapped Russia for Qatar as their biggest client. Portland received criticism for 'astroturfing' – that is, creating a false impression of a grassroots movement – over Qatar-related activities after a UK Channel 4 investigation, claiming it had helped to set up a blog attacking critics of the controversial 2022 Qatar World Cup," the report said.

The report also quoted the PRWeek magazine as saying that Portland Communications, which has offices in London, New York, Washington, DC and Nairobi, had admitted helping to set the blog up, but pointed out that it was not part of its work for the Qatari government.

In 2010, it was announced that Qatar would host FIFA World Cup 2022. The announcement was followed by accusations that the FIFA vice-president at the time, Jack Warner, was allegedly paid $1.2 million by a company controlled by a retired Qatari football official after Qatar won the bid for 2022. However, FIFA President Joseph Blatter said later there were no legal grounds to revoke the result of the 2022 bid.

FIFA to Decide Whether to Publicize Full Version of Garcia's Report