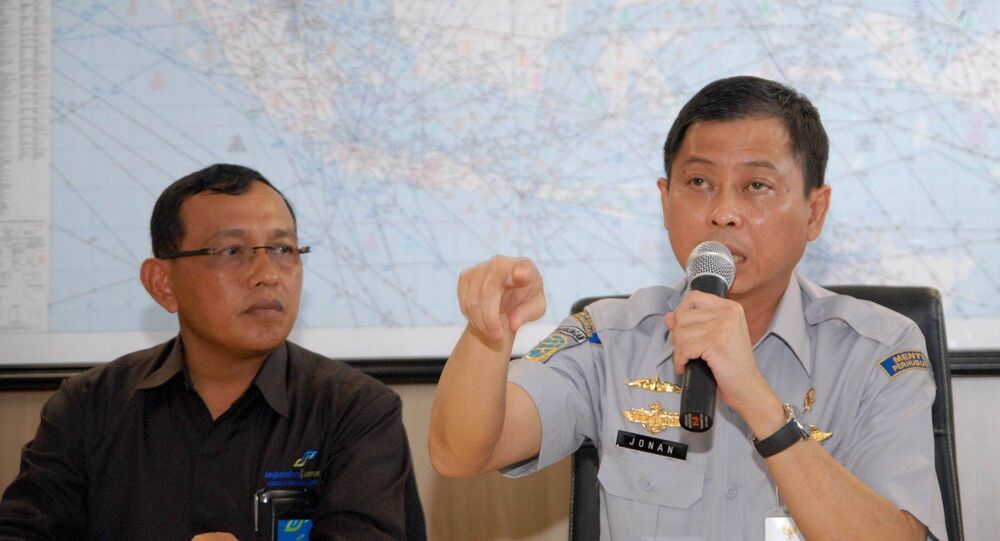 AirAsia flight soared at a very a high speed to avoid the storm before it went down. That might have caused technical problems and provoked the crash.

MOSCOW, January 20 (Sputnik) — AirAsia plane climbed at ‘beyond normal speed’ what might have caused mechanical problems and provoke the crash, BBC reported on Tuesday.

"The plane, during the last minutes, went up faster than normal speed… then it stalled," Indonesia's transport minister Ignasius Jonan said in a statement, cited by the newspaper. "It is unlikely that a fighter jet would increase its flight level at a speed of 6,000ft per minute," he added.

© REUTERS / Darren Whiteside
Black Boxes of AirAsia Plane Reveal No Signs of Terrorism
Mr. Jonan also stressed that the normal speed of a flight is about 1,000 and 2,000ft per minute. A higher speed might have caused technical problems and result in the stalling of the engine, an anonymous source acquainted with the investigation's initial results told Reuters.

As previously reported, black boxes recovered from the bottom of the Java Sea, did not record any strange voices or sounds of explosion, making a version of terrorist attack highly unlikely.

The data from the retrieved voice recorders is still being analyzed. A preliminary report is expected to be issued on January, 28.

The Malaysian AirAsia plane, en route from the Indonesian city of Surabaya to Singapore, crashed into the Java Sea on December 28, 2014. All 162 passengers are assumed dead, with 53 bodies already recovered during the search operation.