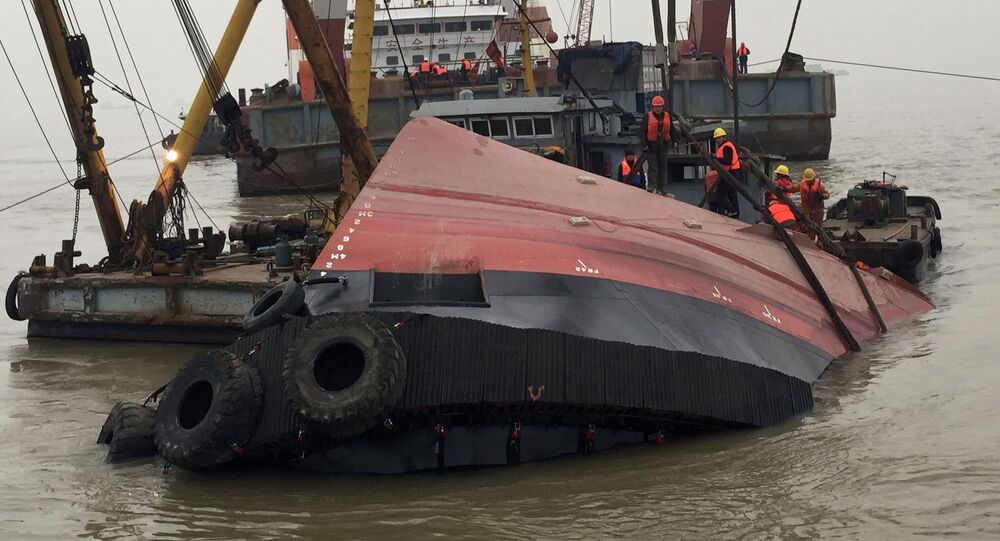 Boat Sinks in China, Leaving At Least 20 Missing, Including Foreigners

At least 20 people, including Singaporean, Japanese and Indian nationals remain missing after a tug boat sank in in the Yangtze River in China’s eastern Jiangsu Province on Thursday; three people have been rescued.

MOSCOW, January 16 (Sputnik) – At least 20 people remain missing after a tug sank in the Yangtze River  near the city of Taizhou in China’s Jiangsu province, some 200 kilometers from Shanghai, according to Xinhua News Agency.

Three people have been rescued.

The vessel capsized suddenly and flooded in less than 20 seconds, Xinhua quotes one of the survivors, Wang Chenkai, as saying.

"Only the two of us were in the cockpit. We had just finished the host load test of the main engine of the boat, when the vessel suddenly slid over. Water immediately filled in," he is quoted as saying.

Xinhua says he survived by clenching on a hydraulic pump. For a moment, he took hold of the Japanese engineer but later a swirling current tore them from each other as the boat started to sink.

The rescue team is trying to use a crane to lift the sunken boat out of the water; 27 rescue boats are on the scene.

The tug was on its maiden voyage.

The vessel supposedly violated rules by setting off without first registering with authorities, Bloomberg reports, quoting the government as saying in a statement.