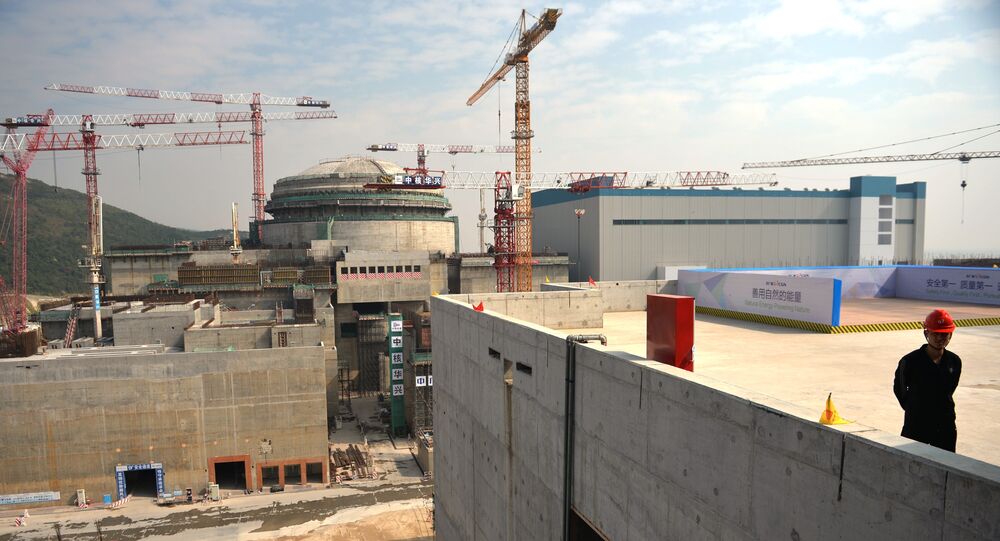 Deputy secretary general of the Chinese Nuclear Society stated that China will launch the construction of at least five new nuclear reactors with a total capacity of more than five gigawatts in 2015.

© Wikipedia / 风之清扬
Russia in Talks With China Over Fast Neutron Nuclear Reactors Construction
MOSCOW, January 15 (Sputnik) – China will launch the construction of at least five new nuclear reactors with a total capacity of more than five gigawatts in 2015, the deputy secretary general of the Chinese Nuclear Society (CNS) said Thursday as reported by Bloomberg.

Shen Lixin told journalists in Beijing that currently China has 22 reactors in operation and 26 under construction. In 2014, China launched the construction of five reactors and in 2015 Beijing is likely to keep up the pace of construction, according to Shen.

According to the World Nuclear Association, in 2014 four new reactors began operating in the Chinese provinces of Fujian, Liaoning and Guangdong.

The 2015 reactor construction goals are in line with country’s aim to triple its atomic energy capacity to at least 58 gigawatts by 2020, in order to decrease severe air pollution caused by coal-fired plants.

China conducted a complete review of its nuclear energy policy after Japan was hit by the Fukushima disaster in March 2011, when a magnitude 9.0 earthquake and subsequent tsunami claimed more than 15,000 lives and caused a number of explosions at the Fukushima nuclear power plant.

Late in 2012, China’s State Council outlined the current nuclear reactor construction goals and approved the 12th Five-year Plan for Nuclear Safety and Radioactive Pollution Prevention and Vision for 2020, compiled by the Ministry of Environment. The Plan stipulated allocating $13 billion to improve safety at China's nuclear reactors before the end of 2015.