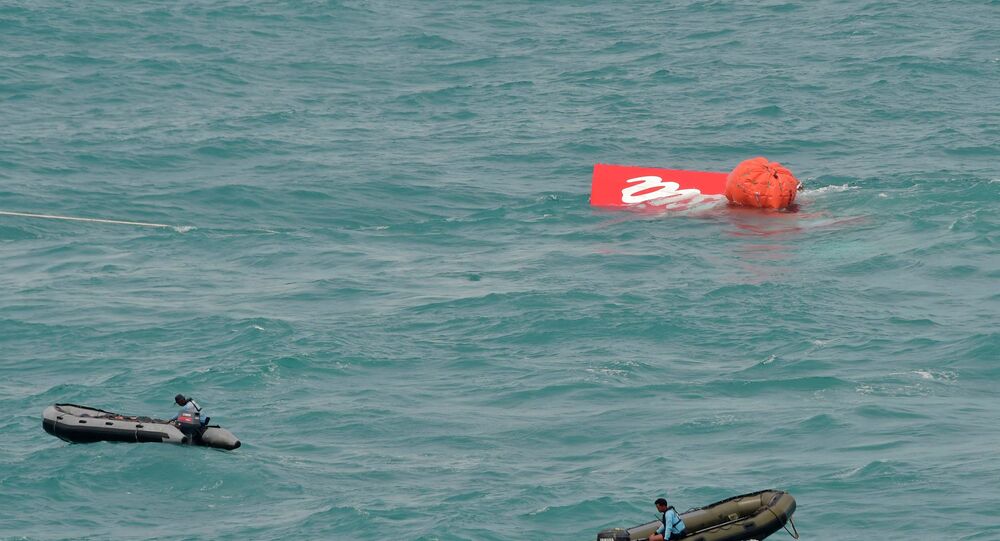 "The navy divers in Jadayat state boat have succeeded in finding a very important instrument, the black box of AirAsia QZ8501," Tonny Budiono, a senior ministry official, was quoted as saying by Agence France-Presse.

However, the divers reportedly failed to retrieve the flight data recorder as it was stuck under the plane’s main body.

© REUTERS / Adek Berry/Pool
Russian Divers Help Raise Crashed AirAsia Plane's Tail to Surface: Reports
AirAsia flight QZ8501 with 162 people on board crashed in the Java Sea on December 28 flying from Indonesian city of Surabaya to Singapore. A total of 48 bodied have been found with 29 crash victims already identified.

Currently, Indonesian search and rescue teams with the support of international partners continue to investigate into the cause of the airliner's crash. Preliminary reports suggest bad weather conditions to be the reason behind the crash.