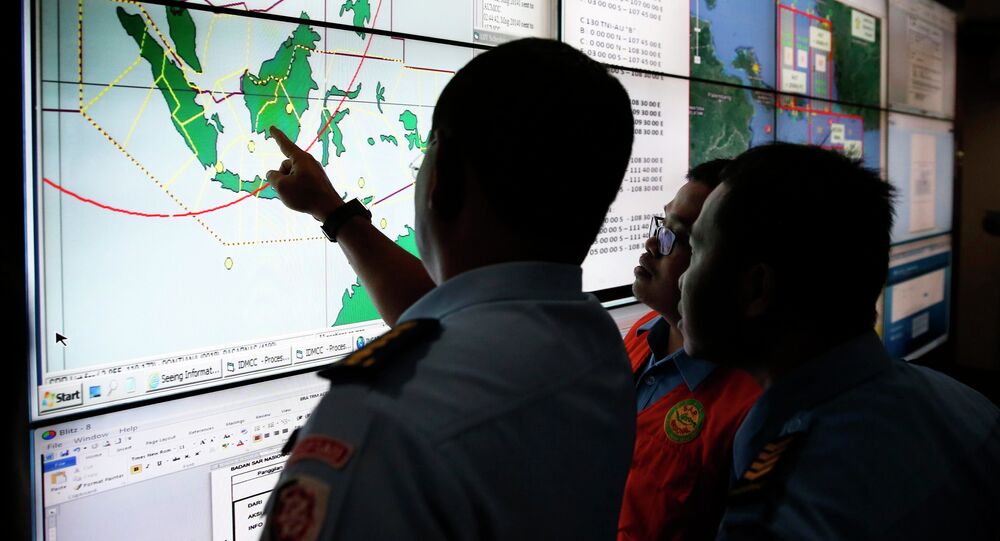 The signal from the black boxes of the crashed AirAsia plane reportedly has been detected.

MOSCOW, January 9 (Sputnik) – The signal from the black boxes of the AirAsia plane that crashed in the Java Sea over a week ago has been detected, Detik News reported Friday.

© East News / BASARNAS
Indonesian Divers Ready to Recover Tail of AirAsia Wreck from Sea Bed
According to the news portal, the signal is originating from a spot about 300 meters (985 feet) away from the plane's tail, which now lies at a depth of 35 meters (115 feet).

Earlier on Friday, Detik News reported that rescue workers have found what looked like the front part of the plane. Meanwhile an operation to lift the tail part of the aircraft, suspended due to visibility problems, is set to continue on Friday, according to Detik.

AirAsia flight QZ8501, flying to Singapore from Surabaya, Indonesia, lost contact with air traffic control on December 28. There were 162 passengers and crew on board the aircraft.

So far, 40 bodies have been recovered and 24 have been identified, according to the head of Indonesia's search and rescue agency, Bambang Soelistyo.

Russian divers are taking part in the search operation.