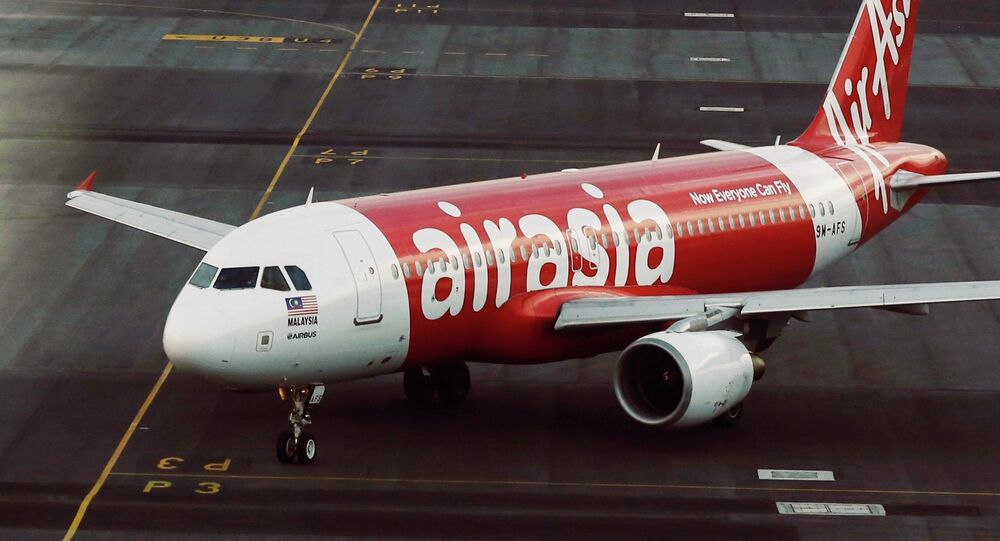 AirAsia's flight AK6242 en route from Penang to Langkawi has made an emergency landing due to technical problems.

MOSCOW, December 28 (Sputnik) — An AirAsia aircraft has reportedly made an emergency landing due to technical problems during its flight from Penang to Langkawi (Malaysia) hours after another of the company's planes went missing.

Earlier in the day, another AirAsia aircraft, flight QZ8501, en route from Surabaya, Indonesia to Singapore lost contact with air traffic control and went missing with 162 people on board.

Search and rescue operations are being conducted in the Java Sea by the Indonesian National Search and Rescue Agency (Basarnas), but no traces of the aircraft have been found so far.

AirAsia issued a statement confirming the crash of the aircraft due to bad weather conditions. Nevertheless, the Indonesian Ministry of Transportation said it was too early to confirm this information.