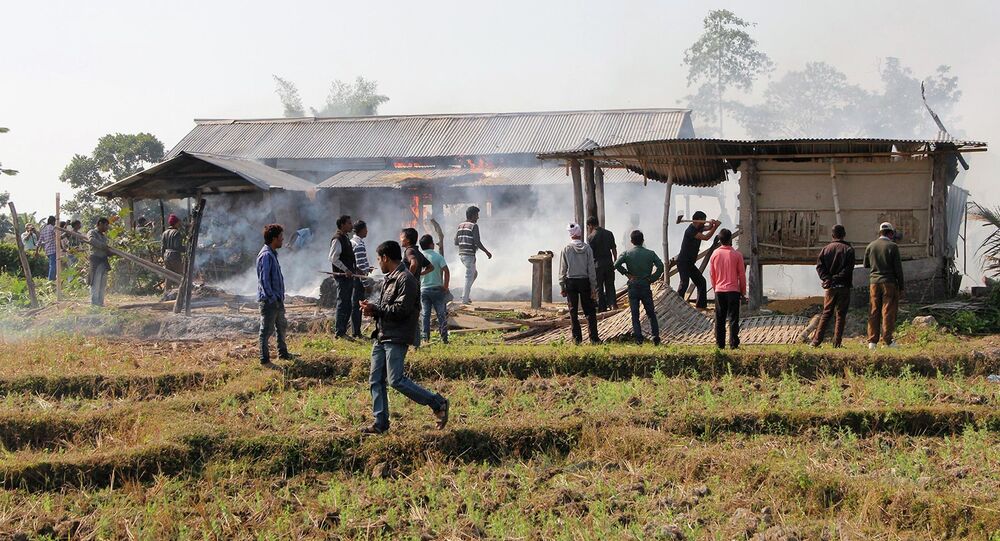 On Tuesday militants of the National Democratic Front of Bodoland attacked civilians in five regions of Assam's Soniptur and Kokrajhar district, randomly entering houses and killing villagers not belonging to the Bodo people.

MOSCOW, December 25 (Sputnik) — The number of victims of a series of attacks carried out on Tuesday by the National Democratic Front of Bodoland (NDFB) in India's northeastern state of Assam has reached 76, The Times of India reported Thursday.

On Tuesday NDFB militants attacked civilians in five regions of Assam's Soniptur and Kokrajhar district, randomly entering houses and killing villagers not belonging to the Bodo people. Earlier it was reported that 56 had died and 80 were injured.

According to The Times of India more than 5,000 locals fled their homes and sought shelter in schools and churches fearing new attacks.

© Flickr / backpacker01
India Must Bring Perpetrators of Assam Attacks to Justice: Amnesty Int'l
Assam authorities suspect that the Tuesday attack could be an act of revenge for a recent special operation in the region that resulted in the deaths of two Bodo rebels.

Earlier this week Indian Prime Minister Narendra Modi condemned the violence in Assam as an act of cowardice. Amnesty International called on India to bring the perpetrators to justice.

The NDFB is an armed separatist group seeking independence for the ethnic Bodo people. The group carried out an earlier major attack in May, killing 32 Bengali speaking Muslim civilians in the Baksa and Kokrajhar districts.