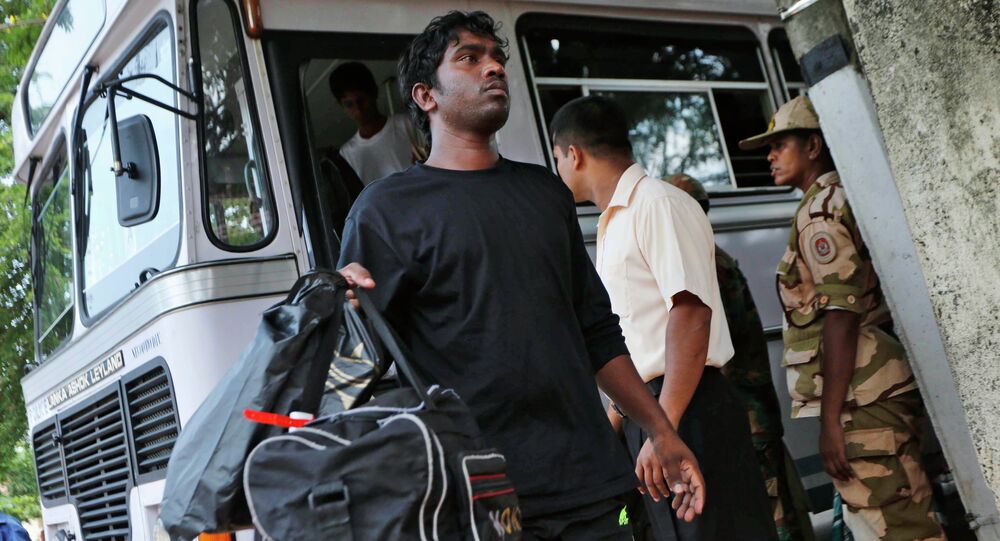 Australian asylum seekers were sent to the secret Chauka solitary confinement unit 74 times over 25 weeks, with one of the refugees being sent there almost once a month. Solitary confinement is used to punish “misbehavior” by residents of the processing center.

A review of the Manus Island detention center, obtained by the Guardian Australia, shows that asylum seekers were sent to the secret Chauka solitary confinement unit 74 times during 25 weeks, with one of the refugees being sent there almost once a month. Solitary confinement is used to punish “misbehavior” by residents of the processing center.

Removed from official maps, the Chauka solitary confinement unit is actually just three shipping containers without windows, furnished only with a single bed. They offer no respite from the humid tropical climate, temperatures averaging 30 degrees Celsius (86 degrees Fahrenheit) with 90 percent humidity. Despite the isolation unit guidelines requiring governmental permission for lengthy detentions, some detainees are held there for two or three days straight. Detainees are denied phone and internet access.

© REUTERS / Suzanne Plunkett
Norwegian Police Apologizes After Mexican Asylum Seeker Storms Nobel Peace Prize Ceremony
"I was in a very bad state, I was very distressed, and dehydrated," an asylum seeker who spent three days in the unit told the Guardian Australia. "I cried out for help, over and over, but no-one can hear you from that place," he said.

Afghanistan, Sri Lanka, Iraq and Iran are the states of origin of most refugees who apply for asylum in Australia. Australia's policy on asylum seekers provides for applications to be processed in detention centers in Papua New Guinea, such as Manus Island, or Nauru. Human rights organizations have repeatedly voiced concerns over the conditions in these centers.