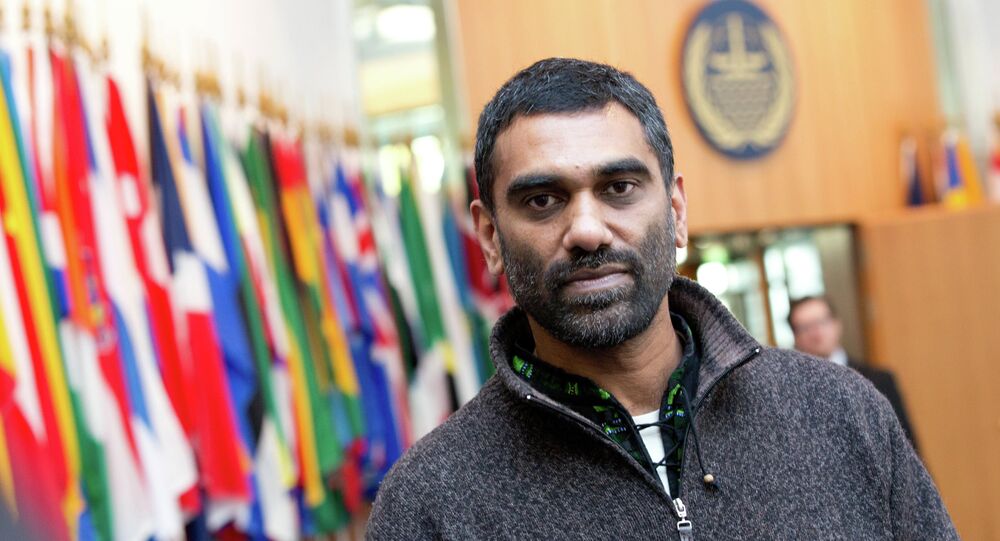 Greenpeace global chief Kumi Naidoo stated that the Philippines storms are the consequences of global warming.

© East News / AP
Typhoon Rages in Philippines: 2,500 Homes Destroyed, At Least 27 People Killed
MOSCOW, December 8 (Sputnik) – The severe storms brought to the Philippines by Typhoon Hagupit on December 6, are a clear example to the world that there is an acute need to act more effectively on climate change, Greenpeace global chief stated.

"Nature does not negotiate. We actually have to wake up and smell the coffee. We need to understand that we are running out of time," Kumi Naidoo told UN negotiators on climate talks in Lima, Peru, as quoted by Rappler news outlet.

Global warming and the Philippines storms are nothing but a cause and a consequence, according to Kumi. The typhoon that barreled across the country is an example of the damage that poor countries will suffer in the event climate change worsens.

"All coal and gas companies and other polluting companies" have a negative impact on climate. He stressed that these corporations make profit while poor nations are doomed to experience the aftermath.

The Greenpeace executive called upon governments to take responsibility for producing pollution, as well as to develop renewable energy sources.

Typhoon Hagupit that killed 21 people hit the eastern Philippines on Saturday evening and has wrought even more havoc since. Power was cut across most of the island and still has not been restored. Nearly one million people were relocated as the UN Office for Disaster Risk Reduction urged the need to start a peacetime evacuation of the area.

Last year the Philippines was hit by Typhoon Haiyan — known locally as Yolanda — one of the strongest tropical cyclones ever recorded. According to UN officials, at least 6,300 Filipinos died and about 11 million were affected by it, with many of them left homeless.

A two-week long climate change conference, which is currently underway in Lima, Peru, started on December 1 and gathered experts from across the globe amid increasing concerns about record-breaking temperatures. The Lima climate talks aim to propose a binding universal draft agreement on climate change, which is expected to be adopted at the UN Climate Change Conference due to be held in France in 2015.