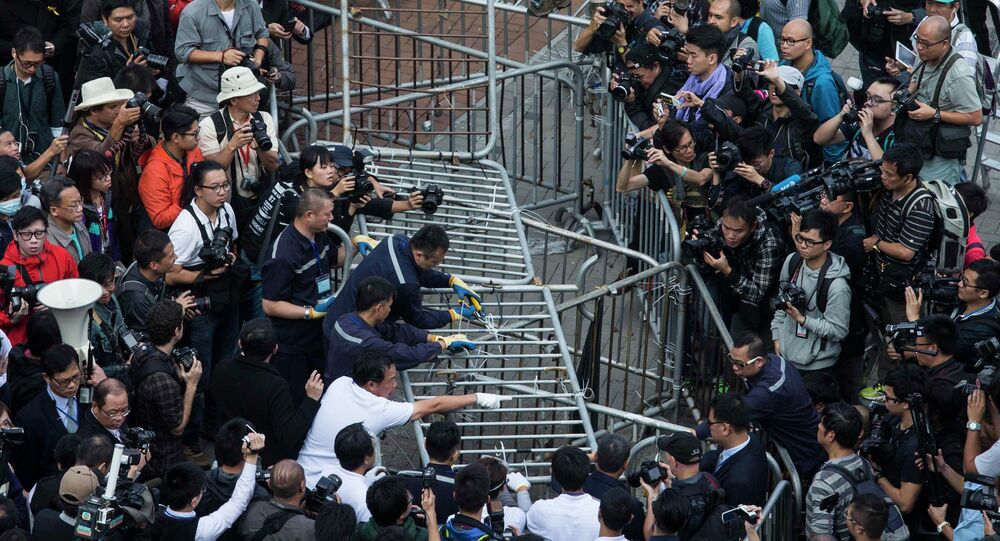 "You know, what is the essence of our position in relation to the events that are taking place now there [in Hong Kong]. This, of course, is an internal affair of China. We believe all the necessary measures are being taken so that the situation will be resolved politically and legally," Dolgov said during his visit to China.

The Occupy Central mass civil disobedience campaign began in late September in Hong Kong, after Beijing announced its plans to vet the candidates for the 2017 Chief Executive election.

Voters in Hong Kong will only be able to choose from candidates approved by the standing committee of China's national legislature.