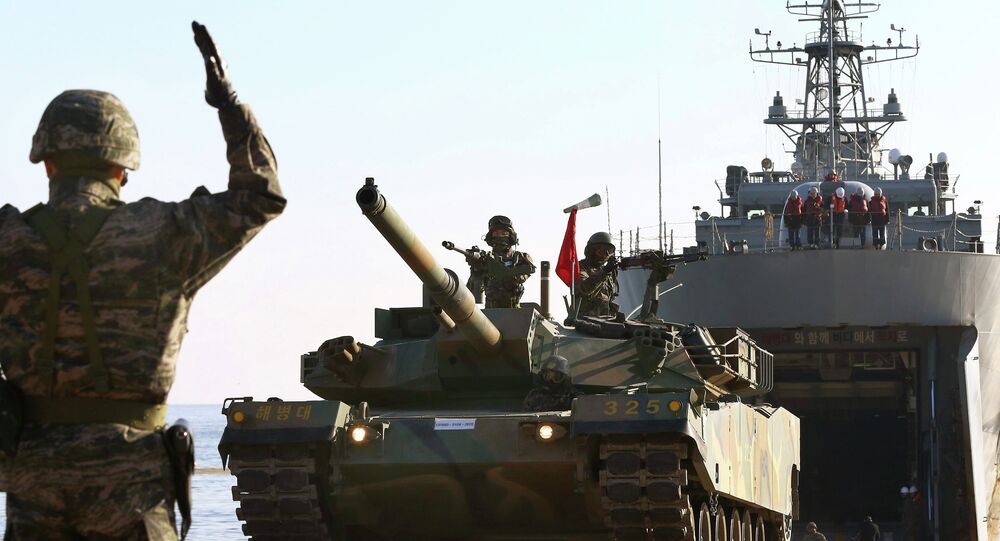 "[The live fire] will not take aim at the northern side but will be shot in a southwesterly direction from the border islands," the news agency quoted the unnamed military officer as saying.

The military exercises were held on two South Korean islands, one of which was shelled by Pyongyang on November 23, 2010, killing two marines and two civilians. Pyongyang issued a statement ahead of the drill reminding "mad provokers" and "puppet military warmongers" in Seoul that they "should never forget the lesson" of the attack four years ago.

The live fire drill wrapped up South Korea's largest military exercise to date that began on November 10. It included 330,000 soldiers, 23,000 mobility equipment pieces, 60 warships and a number of military aircraft, according to the National Defense Ministry.

A de-facto maritime extension of the Korean Demilitarized Zone surrounding the Military Demarcation Line (MDL), the Northern Limit Line was established in 1953 following a ceasefire. Since no final peace agreement has been reached, the two Koreas technically remain at war. There have been numerous incidents along the MDL on the ground, as well as at sea.