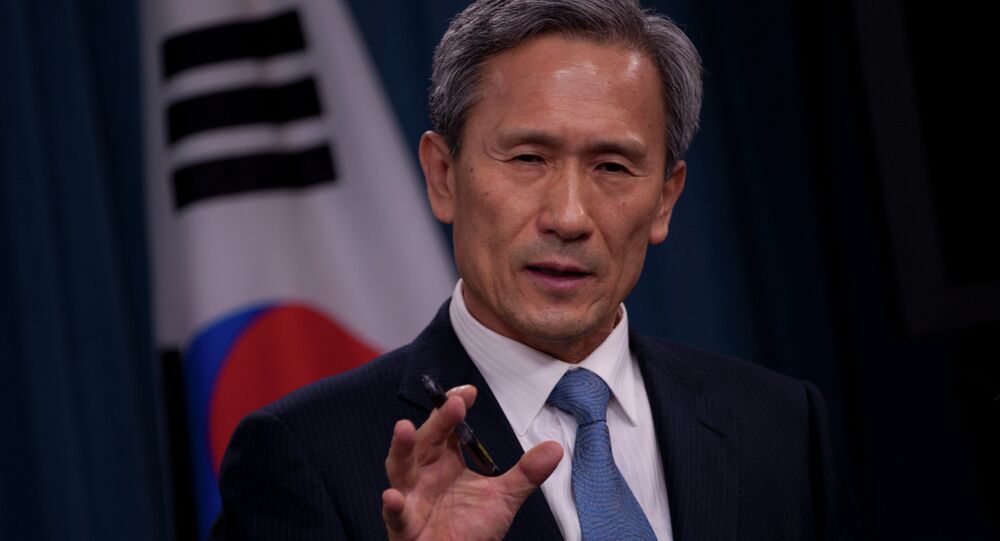 Last week, activists of several conservative civic groups held a press conference in the city of Namyangju, north of Seoul, and claimed that they found an underground tunnel in the city dug by North Korea in order to infiltrate South Korea.

The authorities also vowed to take strong actions against false claims that pose, to some extent, threats to country’s security.

"They said the Namyangju tunnel turned out to be linked to another one they allegedly found in the city of Yangju last month… But the inspection by the National Forensic Science proved their claims groundless," Seoul's Defense Ministry spokesman Kim Min-seok said, as quoted by Yonhap news agency.

Last week, activists of several conservative civic groups held a press conference in the city of Namyangju, north of Seoul, and claimed that they found an underground tunnel in the city dug by the North in order to infiltrate South Korea.

The official added that the civic groups "committed irregularities by arbitrary destroying the scene without reporting their findings to the authorities."

The South Korean government is set to "take strong legal measures against that stoke security concerns by making false claims."

According to the Defense Ministry, no pieces of evidence were found that show that the secret tunnel was created by North Korea. The tunnel is expected to be a sinkhole or a tunnel built in the course of drainage works for farming.

Heeding the possibilities of the existence of such tunnels, the South Korean military has launched an operation to uncover other tunnels in suspicious spots near the demilitarized zone.

Between 1974 and 1990, South Korea found four tunnels believed to be dug by the North to conduct a surprise attack on Seoul. However, no tunnels have been discovered since 1990.