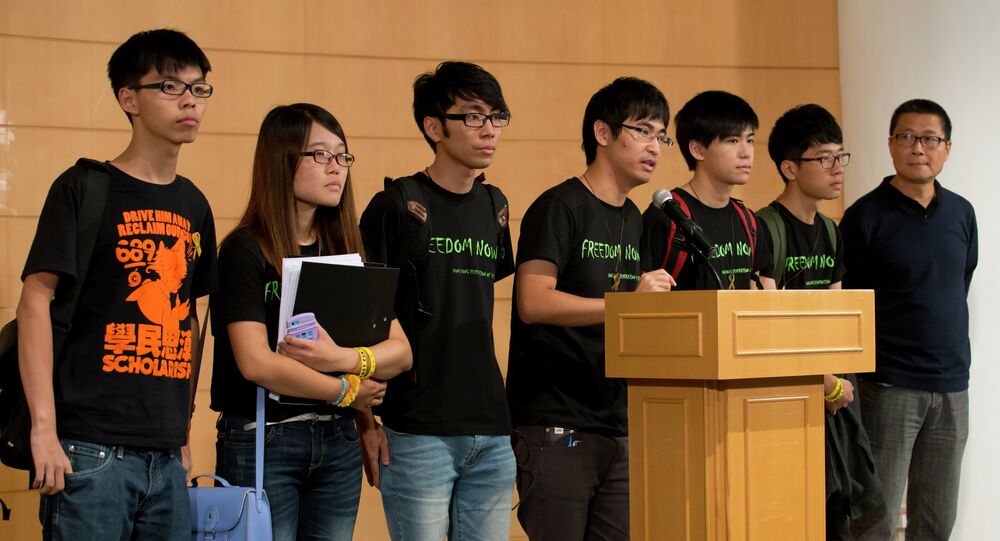 Hong Kong students who participated in pro-democracy protests denied in their attempt to meet with top Chinese officials in Beijing.

Alex Chow, Nathan Law and Eason Chung, three members of a student group that helped to organize the street protests in Hong Kong, were told their travel documents were invalid. The trio could not board a Cathay Pacific flight to Beijing, AP reported.

The students intended to "voice the opinion of Hong Kong people" in a meeting with Premier Li Keqiang in Beijing. "The movement in Hong Kong will be ongoing. Hong Kong people have been pursuing democracy and democratic reform for more than three decades and we are still on our way to restructure the concept of democracy," Chow said, as quoted by Time.

The party-run newspaper Global Times reported the students were not scheduled to meet any of the Chinese leaders, and their travel plans were nothing, but a show for sympathy, AP said.

"They would like nothing better then for these three to be detained in the mainland for a few days. They're hoping for an outpouring of sympathy from Hong Kong society over this," read the newspaper, as quoted by New York Times.