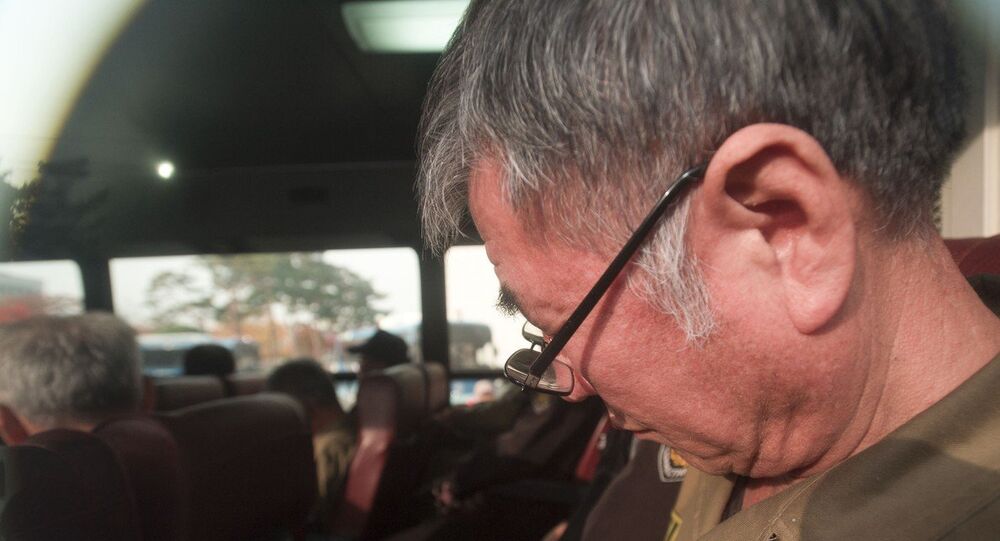 Despite the fact that prosecutors insisted on the death penalty,the court three justices in Gwangju sentenced him to 36 years in prison.

TOKYO, November 11 (Sputnik) – A South Korean court on Tuesday found the captain of the ill-fated Sewol ferry that sunk off the coast leading to the death of nearly 300 people to 36 years in prison, the South Korean YTN television reported.

The tragic sinking of the Sewol on April 16 took the lives of 295 people, 250 of whom were schoolchildren aged 15 to 19. Nine people are still missing.

Prosecutors insisted on the death penalty, however, the Gwangju court’s three justices sentenced him to 36 years behind bars.

Lee Joon-seok, the 69-year-old captain of the capsized ferry, was arrested days after the tragedy and faced charges of homicide along with three other crew members. According to Yonhap news agency, prosecutors alleged that the captain neglected his duties, saying he left the ferry with other crew members in a critical moment while passengers were ordered to stay inside.

The investigation presumes that the incident was caused by the vessel turning sharply, which led to its cargo shifting. The crew failed to restore the balance of the heavy cargo, which exceeded the recommended limit more than threefold.