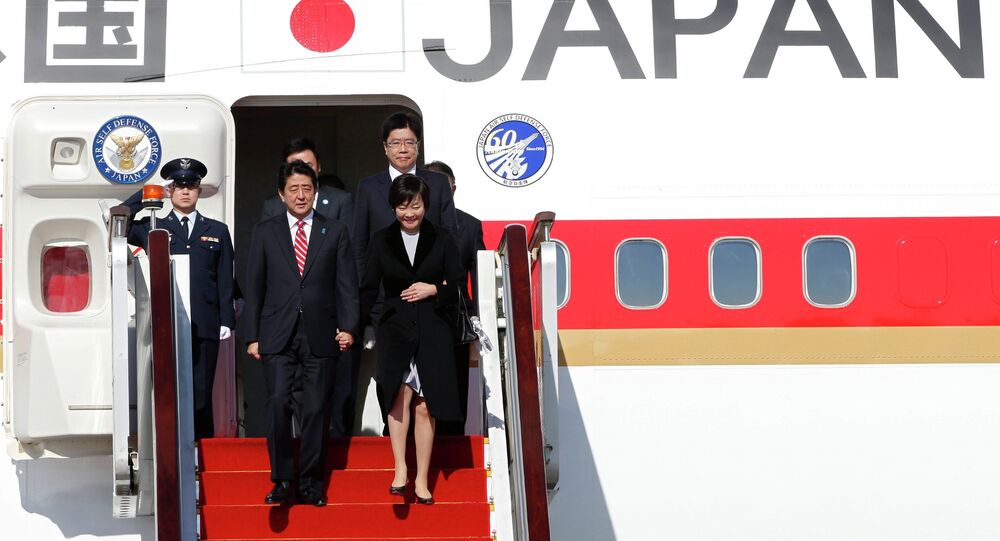 Japanese Prime Minister Shinzo Abe's approval ratings have declined due to the shortfalls in his signature economic program.

The channel explained the sharp decline in the domestic ratings of the current cabinet by the shortfalls in Abe's signature economic program, also known as "Abenomics". The program includes monetary easing, fiscal stimulus and structural reforms.

According to the polls, some 54 percent of respondents said they saw no improvement in Japan's economic performance.

The government's plans to hike consumer tax to 10 percent from the current 8 percent by next fall were criticized by 33 percent of respondents who said the tax was already high enough, while 41 percent suggested putting it off indefinitely.

Shinzo Abe's domestic approval ratings remained at 50 percent since the cabinet's appointment in 2012 following the return of the Liberal-Democratic party to power. His support is still significantly higher than that of the previous administration's 1.5 years into the office.

Abe's ratings have slipped eight percent after surging to 64 percent in September over the inclusion of five women in the cabinet. Two of the five new female ministers resigned weeks later following embezzlement scandals that involved their support groups.