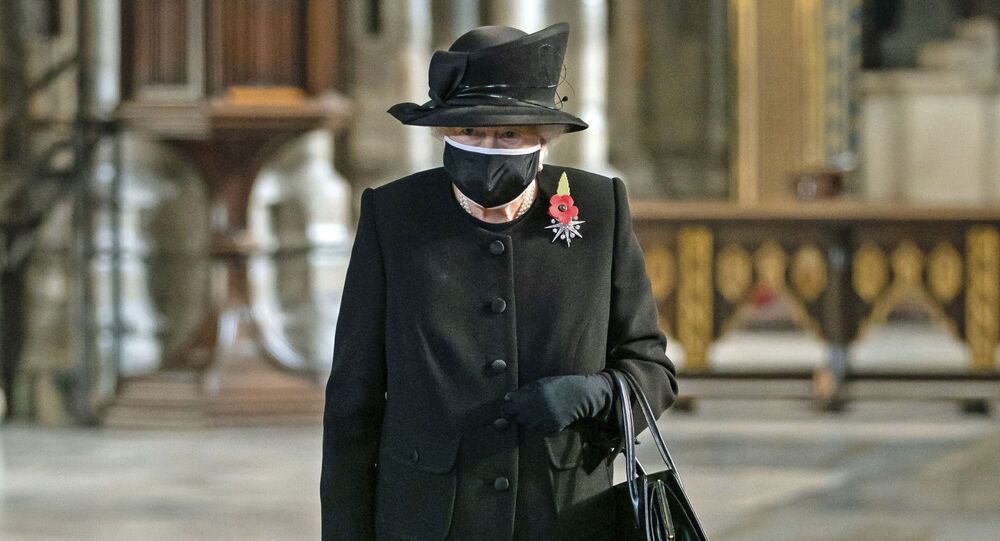 'It is More a Courtesy', Royal Commentator Remarks About Royals Allegedly Vetting Laws

The Guardian published an article last week where it alleged that Queen Elizabeth II lobbied the government to implement changes to at least four drafts to conceal her private wealth from citizens. But what is really behind the story?

Sputnik  has spoken to Richard Fitzwilliams, a royal commentator and public relations consultant, who explained why The Guardian article has not really grabbed the headlines and why there is little to worry about for the Queen.

Sputnik: Does the exercise of Queen's consent fall under the British monarch's constitutional duties or did she actually overstep her role?

Richard Fitzwilliams: It is a parliamentary procedure, an arcane parliamentary procedure. But nonetheless, it involves a bill which will affect the crown. If a bill affects the Queen, the Queen would be invited to approve it. It is more a courtesy than anything else. I would make the point that this is very different from royal assent, which is when the monarch actually gives consent to a bill. Basically, if a bill involves royal matters, then the Queen is invited to give her consent. But there's nothing particularly strange about this. I read The Guardian pieces. The numbers of bills may look sensational in a headline, but actually the facts are very considerably less dramatic than the paper makes out. I mean, the one particular point of interest was the 1973 companies bill – it seems to me a bad idea to know where the Queen's money is invested. The Queen's private secretary was involved in representations, private representations about the bill. But it seemed to me that it was a bad bill. This was a draft bill, because the actual bill, when it became law, did not contain what the Queen's private secretary reportedly objected to.

But my view is this, that if we'd known where the Queen was making investments, it would not have been in the public's interest. If you know where the Queen invests her money, I think it would be undesirable because I think a lot of people would be doing it themselves. They'd be finding out which firms were involved and that they would be investing in those firms. And also the firms would be under particular scrutiny because it was known the Queen had invested there. So I think that it was a bad idea and eventually it wasn't included in the final bill. But all of this sounds far, far more dramatic than it actually is. And I don't see that this is in any way against the constitutional position of the Queen, which is above politics. It's politically neutral, the monarchy. Any involvement in law is purely formal, and as you know, Buckingham Palace put out a statement. But that is my view on it. The Guardian is an anti-monarchist paper. They're making this up to be a conspiracy. I don't believe it is.

Sputnik: According to a YouGov poll, the queen has a 73 percent approval rating. Will The Guardian's publications affect the public's perception of her?

Richard Fitzwilliams: Firstly, The Guardian is a newspaper which tends to be read by the left-wing elite. It wouldn't be likely to affect public perceptions. I've followed the polls for many years. The Queen has always had a very high approval rating. The point to make is that a republic, which is the organisation that wants to abolish the monarchy, has consistently polled about 20 percent. And that is very small, really. So I don't believe the Queen's popularity will be affected at all.

© AP Photo / Chris Jackson
Britain's Queen Elizabeth II looks on from the balcony of the Foreign Office, during the Remembrance Sunday service at the Cenotaph, in Whitehall, London, Sunday Nov. 8, 2020

What I do believe is that if you look at the pandemic where we've suffered so long with so much else in the world, if you think of three instances where morale's been raised, I would name the three broadcasts the Queen made last year, particularly that which she made at the beginning of the pandemic – it was very moving. And also the Christmas broadcast where she was able to empathise with those who have suffered loss. And I think they were masterly broadcasts because the Queen is 94 and still able to do this. So, it is also a wonderful example for those of advanced age. And the other thing is that these broadcasts, this is the monarchy. This is the Queen speaking as head of state, as a symbol of national unity. And that is what the monarchy, in my view, is. And I think that it's tremendously significant at a time which is so stressful, perhaps the biggest crisis they have had since the Second World War. The world faces a huge crisis and so much divides us. And one of the things that unites us, in my view, is the monarchy.