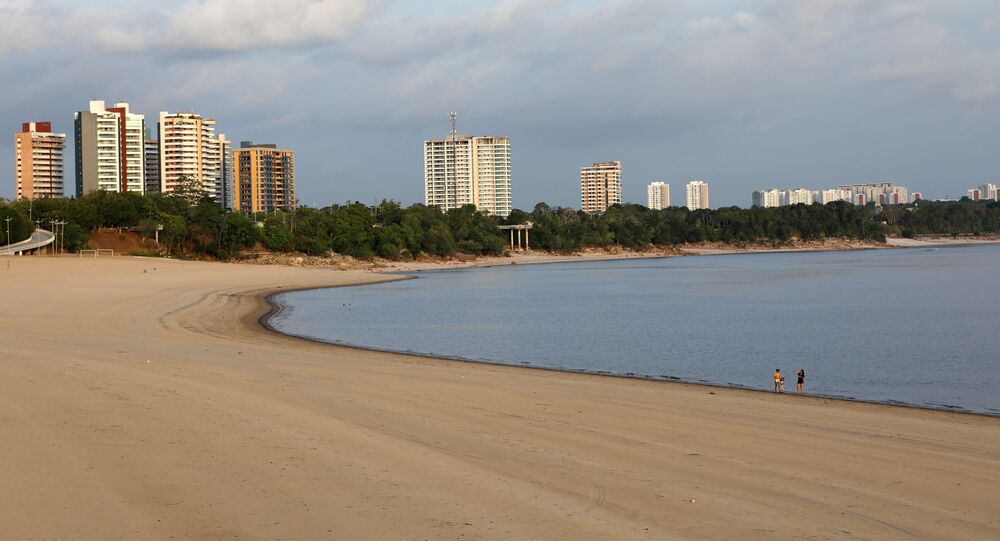 Manaus is Unique Place Due to Sheer Numbers of Infected and Geographic Location, Says Academic

New findings have revealed that Manaus, the largest city in Brazil’s Amazon, is one of the most coronavirus-infected cities in the world, with 44 to 66 percent of the population having been infected.

Gordon Dougan, professor of microbial pathogenesis at the University of Cambridge, believes that Manaus is a unique place due to the sheer numbers of the infected and its geographical isolation.

Sputnik: New data has shown that 44 to 66 percent of the population of Manaus has been infected with COVID-19. How is herd immunity achieved?

Professor Dougan: So there're two ways you can achieve herd immunity. One is, you're quite right, by natural infection, for example, potentially by COVID-19. But you can also induce it by using vaccination. So there are two methods by which you can produce some component of herd immunity.

Sputnik: Is there a way we can measure herd immunity?

Professor Dougan: So there is an idea that we can measure it by just the appearance of antibodies to the virus or to the agent in the bloodstream. And that's a signature that an individual has seen the virus and encountered the virus or the germ or the agent, but it doesn't really say that you're immune to that agent. So, to actually measure real herd immunity, you have to go a step further, and actually prove that an individual is protected against the disease, and that they are then able to protect others from getting the disease by blocking transmission. So there’s a big difference between a signature of herd immunity, which is maybe the appearance of an antibody, compared to the real measurement of real herd immunity.

Sputnik: How can scientists prove that herd immunity has been achieved?

Professor Dougan: The best way to do it is actually when you're doing a vaccine trial where you actually set up a study site and you immunise parts of the population and don't immunise other parts of the population. You look at protection in the individuals who you’ve immunised and then you see whether or not there's a knock-on effect into the protection of those who have not been immunised and that's really what herd immunity is - where those who you know are protected, protect those who you haven't actively tried to protect. So what will happen in Manaus is because it's a natural infection, we don't really, as you quite rightly say, know how long the antibody signature will last - and they'll definitely measure that. But what they'll try to do is to see whether or not there's, over time, whether the virus actually leaves the population, the levels drop, and for how long they may stay low, if you like, whether you get a recurrence like we’re seeing in the UK.

Sputnik: Why are scientists so interested in the situation in Manaus at the moment?

Professor Dougan: I think it's because of the sheer numbers of the people that have been infected. And already in response to my article, there are claims that actually even more people are infected than might be reported. But the second thing, I think that Manaus is quite a unique place. If you look at it geographically, it's very isolated, and it's sort of surrounded, if you like, by a jungle of forested areas where the only people moving in and out are often indigenous people. So it's a very special place, really, because of the way it's sort of isolated from a network of other big city areas.