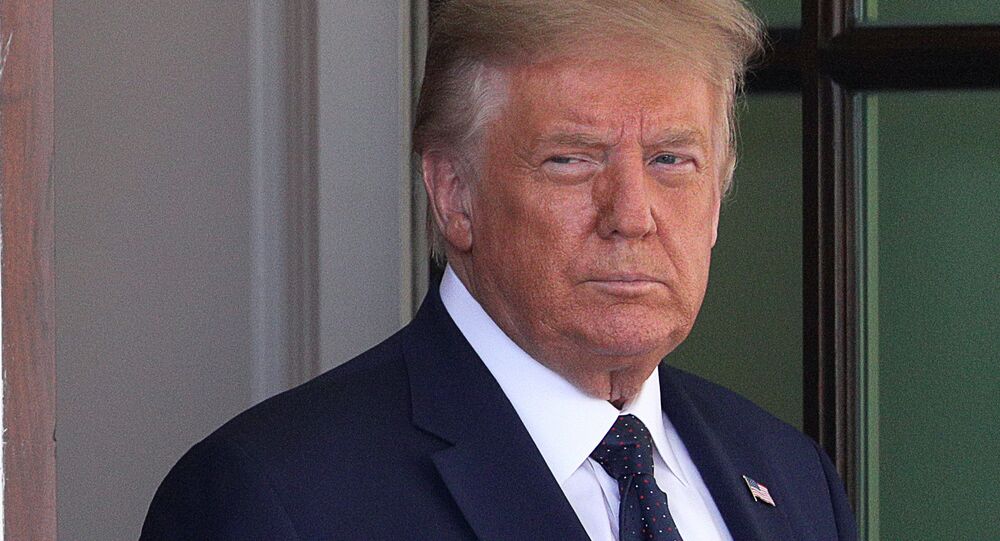 US President Donald Trump threatened to veto this year’s proposed $740 billion defense bill if it includes an amendment requiring the Pentagon to rechristen bases named after Confederate leaders. However, the president is unlikely to veto anything regarding the military, award-winning foreign correspondent Jon Jeter told Political Misfits.

“I will Veto the Defense Authorization Bill if the Elizabeth ‘Pocahontas’ Warren (of all people!) Amendment, which will lead to the renaming (plus other bad things!) of Fort Bragg, Fort Robert E. Lee, and many other Military Bases from which we won Two World Wars, is in the Bill!” Trump tweeted on July 1.

The amendment was added to the National Defense Authorization Act (NDAA) last month during a Senate Armed Services Committee vote and was filed by Warren, who said it was time to “end the tribute to white supremacy on our military installations.”

“We’re in that moment in time where we don’t really have anyone who speaks for the people,” Jeter, the former Washington Post bureau chief for Southern Africa and South America, told hosts Bob Schlehuber and Michelle Witte on Friday, commenting on CNN’s description of the bill as a “must-pass” measure.

“We don't have a political party, the media doesn’t speak for the people, so the people are sort of marginalized from this conversation. We should have a conversation about: ‘Why are we spending so much money on the military in the first place?’ but we’re talking about this sort of tit-for-tat, this ‘gotcha’ journalism. I don’t think Trump is invested in vetoing anything that has to do with the military. I think this is part of his plan,” said Jeter, an author and two-time Pulitzer Prize finalist.

“Trump, as simple-minded as he is, still has a basic understanding, very much like [former US President Richard] Nixon, of who hates who. So, he’s ginning up these resentments. I’m not sure he understands where it’s going to go and how far it’s going to go. I mean, this can go really deep. This gets into the DNA of the US. … This can get very deep, but I do think this is part of Trump’s effort to gin up a race war rather than having a class war,” Jeter added.

​Protests have been taking place across the US since late May following the killing of a 46-year-old Black man named George Floyd by police officers in Minneapolis, Minnesota. Many protesters have tried to remove statues of Confederate figures, in response to which Trump signed an executive order to protect American monuments, memorials and statues.

They have also demanded the renaming of locales named after political and military leaders of the Confederacy, which fought a four-year war against the US between 1861 and 1865 in an attempt to preserve the institutionalized enslavement of Black persons, who were subsequently freed after the war, when the US government suppressed the rebellion.