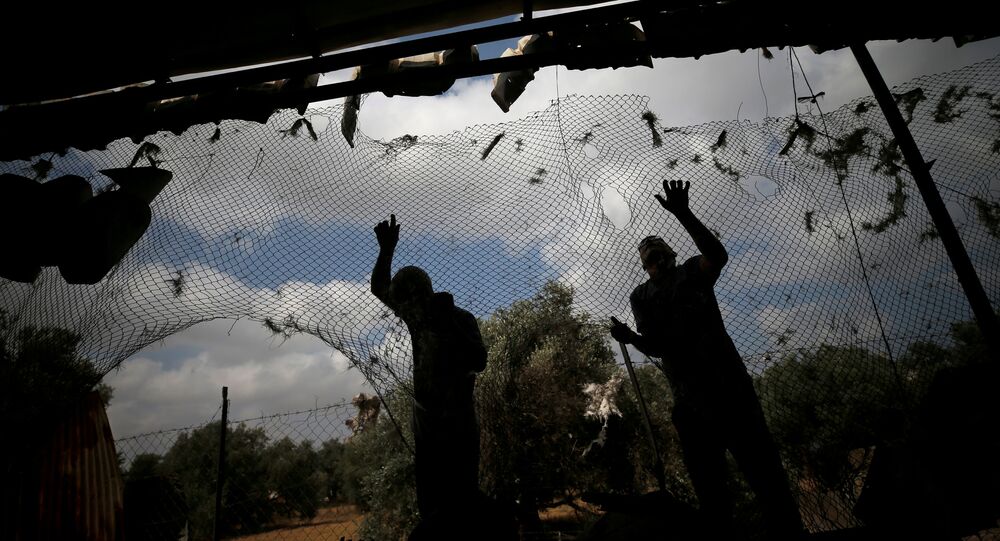 Israel's Operation Protective Edge , which claimed the lives of more than two thousand people, has also left thousands of Gazans homeless. While efforts have been made to help those in need of assistance, years down the line, some are still feeling that their struggle has been forgotten.

Mohammed Sukkar, a 55-year-old Palestinian from Gaza will never forget that July of 2014, when Israel started its Operation Protective Edge, also known as the 2014 Israel–Gaza conflict. It was launched in response to the kidnapping and the subsequent murder of three Israeli teens by Palestinian militants. The perpetrators were said to be members of Hamas, an Islamist group that rules the Strip and that is deemed a terrorist organisation by the Jewish state. However, it was later reported that the boys' abductors might not have done so at the behest of the organisation.

The seven weeks' long war was also meant to destroy Hamas' infrastructure and deprive the group of its ability to launch rockets at Israel's southern communities, assaults that very often were carried out from residential buildings, schools and mosques, according to Israel’s Ministry of Foreign Affairs.

Hamas continued to refute Israel's allegations, saying it was "Zionist propaganda" aimed at distracting international attention from the atrocities committed by the Israelis, whose attacks claimed the lives of more than 2000 Palestinians and left billions of dollars in damage.

Mohammed was just one of those people, who experienced loss firsthand.

"We couldn't fall asleep at night as Israeli jets were hovering above our neighbourhood. When the morning commenced, I told my family to escape the house, leaving behind everything we had, even such basics as our identities."

It was only a few hours later, after reaching a relatively safe place, that he found out that his house had been completely destroyed, forcing him to live in a UNRWA school that was swiftly transformed into a shelter, housing hundreds of people who had shared his fate.

But Mohammed's problems didn't cease there. In addition to his house, the Israeli jets also bombed his factory, where he produced nuts to the local market, leaving him jobless and with little money to cater to the 23 people in his family.

"Back then I was a rich businessman. Now I am left with nothing," he lamented.

Still jobless, six years after the war, Mohammed is now reliant on the food donations of the United Nations Development Programme that pumps in assistance once in three months. That, however, is "certainly" not enough for a person, who used to be the main breadwinner in his family.

Nevertheless, Mohammed still feels he was lucky, simply because "he stayed alive" but he is angry at "pretty much everyone around him" for the situation he is currently in.

Who Is to Blame?

While Mohammed points the finger of blame at Israel for not differentiating between military and civilian targets, forcing ordinary Palestinians to pay a high price, Mohammed also blames the international community for not doing enough to improve their conditions.

Yet, most of his anger is directed at Hamas, which has been ruling the Strip since 2007, and the Palestinian Authority, that despite big words and multiple promises has largely neglected Gaza's population.

"After my property was destroyed, I received a compensation of $5000, all of which went into the reconstruction of my house. But given the fact that my property together with the factory I lost was estimated at half a million dollars, the cash I was given was not more than a bandage that didn't cure the wound".

Between 2014 to 2017 international donors pledged Gazan authorities more than $3 billion for the reconstruction of Gaza. But as of March 2018, only half of the donations promised were disbursed.

The money that did reach the enclave, in the end, was allegedly thrown into the building of tunnels and acquiring ammunition for militants, as per Israeli sources, not for civilian purposes.

© AP Photo / Israel Ministry of Defense Spokesperson's Office
Israel Successfully Launches New Advanced Spy Satellite  ‘to Monitor Any Threats’
In his interview to Sputnik in February, Dr. Mofeed Al Hasayneh, who served as the Minister of Public Works and Housing during the time of the operation and years after, reassured the agency that every dollar granted was invested into the enclave's reconstruction, scrapping allegations put forward by Israel that suggested the money that intended for peaceful purposes was used for the construction of Hamas tunnels.

But for Mohammed, who claims that the money was not felt on the ground, that explanation was simply not good enough. "I don't know where the money is. Hamas and the Palestinian Authority are both thieves, they don't really care about us and I am still waiting for help, six years down the line."