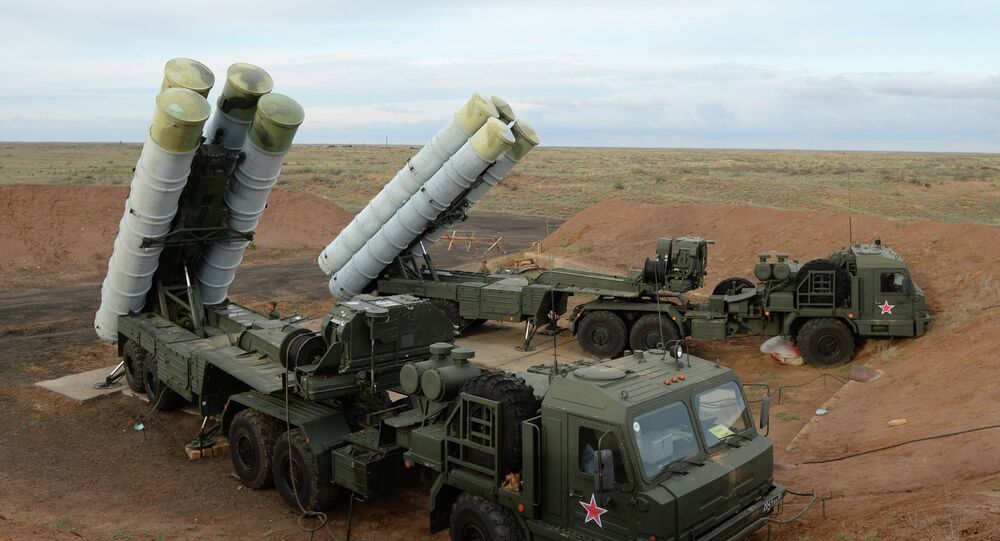 Turkey Unlikely to Resell S-400s to US as Doing So Could Damage Relations With Moscow, Pundits Say

MOSCOW (Sputnik) - Turkey’s resale of Russian-made S-400 missile defence systems to the United States is unlikely as it may damage relations between Ankara and Moscow, experts said.

In late June, US Republican Senator John Thune suggested, in a proposed amendment to the US defence budget, buying Russian S-400s from Ankara in a bid to break the deadlock over the weapons, which Washington says are incompatible with NATO security standards and might compromise the operations of the new fifth-generation F-35 fighter jets.

In an attempt to force Turkey to abandon the S-400 deal, the US has excluded Turkey from the F-35 production and procurement project and also threatened it with sanctions.

Ankara has repeatedly vowed to activate the missile systems, delivered by Russia last summer, despite US sanctions threat. A spokesman for Turkey’s ruling Justice and Development Party, Omer Celik, has said that there were legal grounds for the resale.

Moscow to View Resale as Violation of Contract

A possible resale was highly unlikely, and Moscow would be against the US having access to the S-400s despite the fact that Russia has already manufactured more modern (S-500s) missile systems, Gareth Jenkins, a non-resident senior research fellow with the Joint Center Silk Road Studies Programme and Turkey Center at the Institute for Security & Development Policy in Stockholm, stated.

"I do not think there is any possibility of Turkey being able to sell its S-400s to the US. The US would not use the systems itself, although I am sure that it would like to dismantle them and analyse every aspect of how they work. Even though the S-400 is believed to be considerably less sophisticated than the S-500s, I cannot imagine that Moscow would be happy about the US having access even to an older system", Jenkins said.

The expert added that, although he did not see the sales contract, he would be not "surprised if it includes some restrictions on resale".

"Even if it does not, I am sure that Moscow would see Turkey selling the S-400s to the US as a breach of the spirit of the sales contract", Jenkins said.

According to the analyst, Washington has long insisted that Turkey needs to abandon the S-400s before it can receive US-made F-35 fighter jets. Jenkins also said that the suspension from the F-35 programme "is going to cost Turkey much more than it paid for the S-400s," and this fact gives Washington some leverage over Ankara.

The expert also added the US Senate and Congress were unlikely to approve the purchase of S-400s amid the current "anti-Turkish feeling in Washington". Moreover, the research fellow said that Russia would be reluctant to sign any defence contracts with Ankara in case Turkey would deliver the missile systems to the US.

"If Turkey hands over a Russian air defence system to the US – whether for free or for money – I am sure that Moscow would regard it as a betrayal of the spirit in which the sales contract with Ankara was signed. I doubt that it would ever trust the Erdogan regime again or enter into any other large scale defence industry contracts with him", Jenkins said.

According to the expert, the Turkish defence sector significantly grew in recent years but there was a limit on "what it can produce and even more of a limit to what it can produce for a reasonable price". The analyst added that Erdogan viewed his relations with Moscow as leverage that would grant him more independence from the West "both politically and in defence procurement" amid deteriorating Ankara-Washington relations.

"Although there will occasionally be scope for short-term cooperation in specific areas, US-Turkey relations are likely to remain strained as long as Erdogan remains in power. He has made anti-American rhetoric one of the foundations of his popular support and blamed the US for everything from the ailing Turkish economy to the still unexplained coup attempt of July 2016", Jenkins said.

In conclusion, the expert said that Erdogan has to choose between the S-400s and the F-35s as it was impossible for Turkey to "have both."

It is doubtful that Thune’s suggestion on the resale will be adopted in the US defence budget, but such a proposal shows that some US politicians are "desperate" to keep Turkey "within the US ambit", M. V. Ramana, the Simons Chair in Disarmament, Global and Human Security at the School of Public Policy and Global Affairs and the director of the Liu Institute for Global Issues at the University of British Columbia, said.

"I am not really sure that this resolution will actually go through to becoming legislation. Even if it does, I am not sure Russia will permit Turkey to sell the S-400 to the United States", Ramana said.

According to Ramana, "some people" in Washington want to keep Turkey close even if Erdogan’s position in "his negotiations" with the US will be strengthened.

In conclusion, Ramana said that Turkey’s deep involvement in the F-35 programme permitted manufacturing parts "for that overpriced and greatly delayed aircraft".