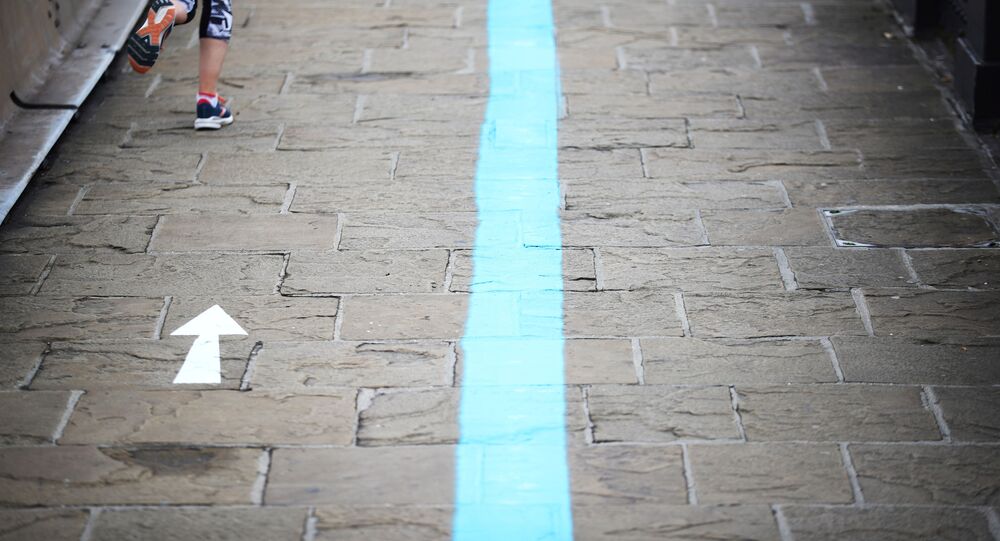 A new survey from Survation has revealed that 50 percent of Britons do not trust the government’s decision to out-source the country’s coronavirus test and trace system to the private sector.

Pascale Robinson, Campaign Officer at the We Own It pressure group, has shared his views on the matter.

Sputnik: How significant are these findings and what do they represent regarding the out-sourcing of Britain’s test and trace coronavirus technology?

Pascale Robinson: I think these findings are deeply worrying and hugely significant. It shows to us how many people do not trust Serco to be involved in what is a hugely important programme for our country to move forward with.

We're all extremely anxious to get out of lockdown and get back to some sense of normalcy, to hug our loved ones again, and that isn't possible unless we have an effective test track and trace programme. Serco's involvement is proving to prevent us from doing that effectively and people are less likely to want to be involved because of Serco's involvement and that makes total sense because Serco has a diabolical record and a long list of failures.

Sputnik: Why are individuals particularly concerned about this outsourcing? What problems could arise from Britain's test and trace application being managed by a private company?

Pascale Robinson: Serco, as I mentioned, has a long list of failures. They have a diabolical track record. They were previously running a breast cancer screening centre where staff were only given one hour's worth of training. Something like test track and trace is just as important. It requires a lot of skill, a lot of expertise, you have to ask the right questions and training is a huge problem. Secondly, communication.

Lots of local authorities are complaining that they're not getting the information they need and again Serco have not been communicating properly with local authorities. Lastly, Serco has a track record of falsifying data. They were fined £22 million for overcharging the government on a previous contract. They've been fined over a million for not keeping workers safe while they are on duty. They are not a company that should be able to run our public services and this means that we're calling on Matt Hancock to end that contract immediately and put local public health and health teams in charge. They're the ones who have the skills to do this.

They've done this for years and years and we're seeing that England is one of the only countries in the world to be following this programme. In Wales, I'm sure lots of people have seen that there's one particular county that started their own homemade insourced local authority lead programme and that has done an amazing job of minimising the number of cases. So we're calling for that to be replicated across the country because Serco has no place in our test track and isolate programme.

Sputnik: Going forward what alternatives, would people like to see groups other than Serco or Sitel? For example, would people have more faith if the government developed this technology instead of a private for-profit company?

© REUTERS / Molly Darlington
UK Care Home Manager: 'I Felt Immense Pressure to Accept People From Hospitals Without COVID Tests'
Pascale Robinson: Completely. Our new polling shows that 39 percent of people believe the government was wrong to give a contract for track and trace to Serco and 46 percent don't have confidence in Serco. 41 percent of people believe that the outsourcing of work to private companies has made NHS services worse, so there's a consistent trend here. People don't trust Serco with their data, with their information, to do a good job.

What we would like to see is local public health teams running this programme - that's what they're trained to do. We have amazing public health protection teams, environmental officers, sexual health officers who are trained to find people's contacts but also to support them to self-isolate. Local authorities are looped into local services. They can see about food or support to isolate and we have no idea what Serco is offering in that sense.