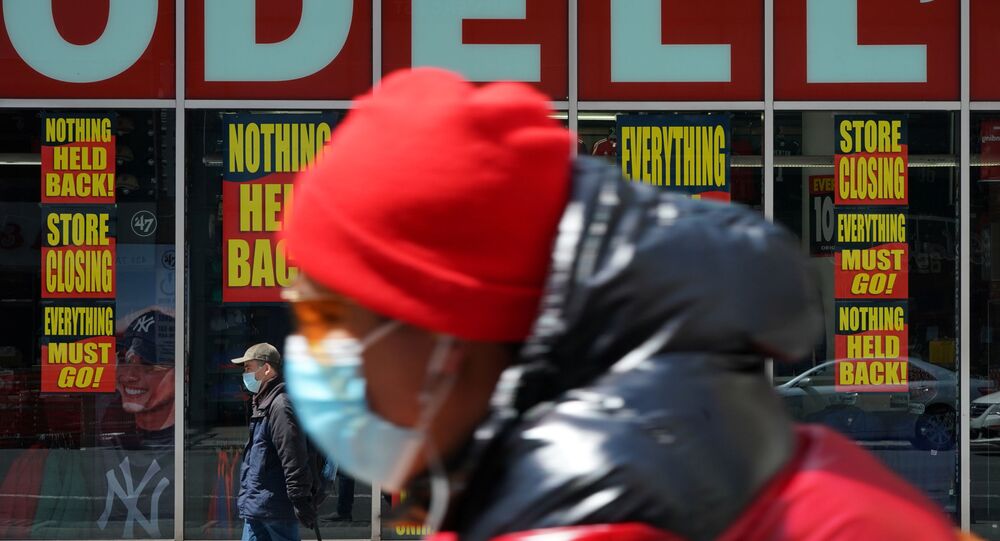 At least 21 US states, including Alabama, Oregon and South Carolina, have seen an increase in their average daily new COVID-19 cases this week compared to last week. However, the surge is still part of the first wave, Dr. Jason Kindrachuk, an assistant professor of viral pathogenesis at the University of Manitoba, told Sputnik.

Several US states have seen drastic surges in COVID-19 cases in the last week as they lift lockdown measures, with Alabama recording a 92% increase in its seven-day average, according to an analysis by the Washington Post. Oregon’s and South Carolina’s seven-day averages have shot up by almost 84% and 61%, respectively.

COVID-19 related hospitalizations have also increased, with Arkansas, for instance, seeing an almost 121% percent spike in hospitalizations since May 25. On Saturday, Florida saw its largest single-day case count of cases since the outbreak started.

New York Governor Andrew Cuomo on Sunday warned that restrictions in the state, which has been the US area hit hardest by the pandemic, would need to be reinstituted if people violate reopening guidelines. New York City officials have taken serious measures to enforce those policies by handing out free masks in public and reminding people to spread out after making purchases instead of simply crowding together.

“The unfortunate side of this is that this is still indicative of the first wave,” Kindrachuk told Loud & Clear host John Kiriakou on Monday.

“We knew that as social distancing measures were reduced, there would be some resurgence in cases, because again you’re putting people back in closer contact with one another, and that’s the bridge the virus is looking for,” Kindrachuk, who is also the Canada Research Chair in molecular pathogenesis of emerging and reemerging viruses, added.

“What we need to do is really what we were doing a few months ago … this is really what we talk about, this idea that we are still in the very early stages of the COVID-19 pandemic marathon. It is not a sprint,” Kindrachuk noted.

The Spanish flu, which is also known as the 1918 flu pandemic, was caused by the H1NI influenza A virus. The pandemic lasted for about 15 months and infected around 500 million people - about one-third of the world’s population at the time.

“We are not in a second wave of COVID-19 yet … The 1918 virus had gone down to zero in terms of cases for about three to four months between the first and second wave, and that’s when the second wave hit,” Kindrachuk pointed out.

“We need to start thinking about this idea that we don't know what is going to happen four weeks, eight weeks, 12 weeks from now. But we do have the opportunity right now to at least limit what potential negative consequences we see. I fully support the idea that if cases start to ramp back up, especially in places that were hit so hard previously -  places like New York, yes - shutdowns are probably going to be the thing that need to be instituted,” he added.

Currently, there are at least 136 COVID-19 vaccines that are being researched and developed around the world, according to the World Health Organization. The speed with which vaccines are being developed can be attributed to advances in technology, Kindrachuk noted.

“What the folks are doing that are developing these vaccines [is] using pre-existing platforms and technologies to essentially drive the development of a COVID-19 vaccine as quickly as possible. I think what we have to appreciate, even me being a researcher in this field, is that technology has advanced so much in the past decade,” Kindrachuk noted.

However, Kindrachuk also warned that the COVID-19 pandemic could become a more dire situation in the fall, as health care facilities may struggle to also cater to people who will become sick with the seasonal flu.

The flu, which is also a contagious respiratory illness, killed between 24,000 and 62,000 Americans between October 1, 2019 and April 4, 2020, according to estimates by the US Centers for Disease Control and Prevention.

“That’s going to make the ability to cope with COVID-19 that much more difficult,” Kindrachuk warned.