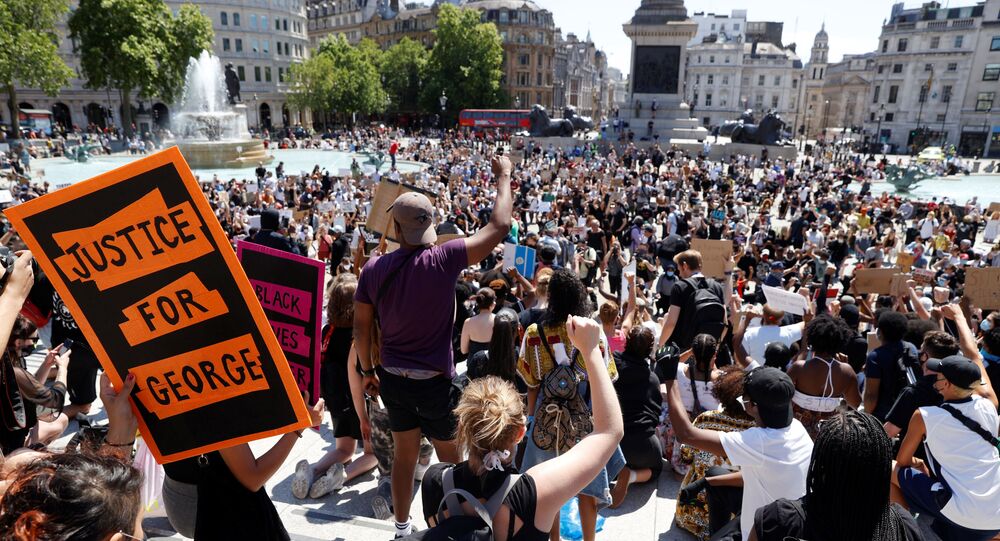 We Can’t Have Police Allowing Mob Rule on Our Streets, Political Commentator Says

Speakers at the funeral of George Floyd, which took place in Houston, Texas yesterday, called for racial justice to be served in the aftermath of his death in Minneapolis police custody.

Floyd’s murder has sparked protests throughout the US and in numerous other countries, with demonstrators arguing that police brutality is a phenomenon that needs to be stamped out.

Political commentator Jo Marney gave her views on the matter…

Sputnik: Have groups such as Black Lives Matter been too violent during their protests against the murder of George Floyd?

Jo Marney: The police have said that they purposely stood back and watched this stuff happen; it is absolutely disgusting. You couldn’t make it up could you?

I’ve been looking on the Black Lives Matter website, for example, and it is clearly an anti-Western stance they have got. It says, I'm paraphrasing, “We disrupt the Western-prescribed nuclear family structure”. If that is not anti-Western and anti-British, I don’t know what is.

Sputnik: Should the British government do more to clamp down on the violent protesters?

Jo Marney: I've read about Priti Patel's new law that is going to protect war memorials, but we have got to remember that there is already a law to protect property and the police need to enforce those laws. We can’t have the police allowing mob rule on our streets.

Sputnik: What is your take on both US President Donald Trump and British Prime Minister Boris Johnson’s handling of the ongoing demonstrations against the death of George Floyd?

Jo Marney: I think that President Trump’s stance has been very good. We had Boris Johnson the other day giving a very diplomatic answer.

I think Boris Johnson needs to be supporting our police force and not telling them to take a knee, or adhere to what is going on in our streets, this violence, looting, and the criminal damage to statues. It’s just disgusting; it is anti-British, anti-Western and we can’t be allowing this to go on.