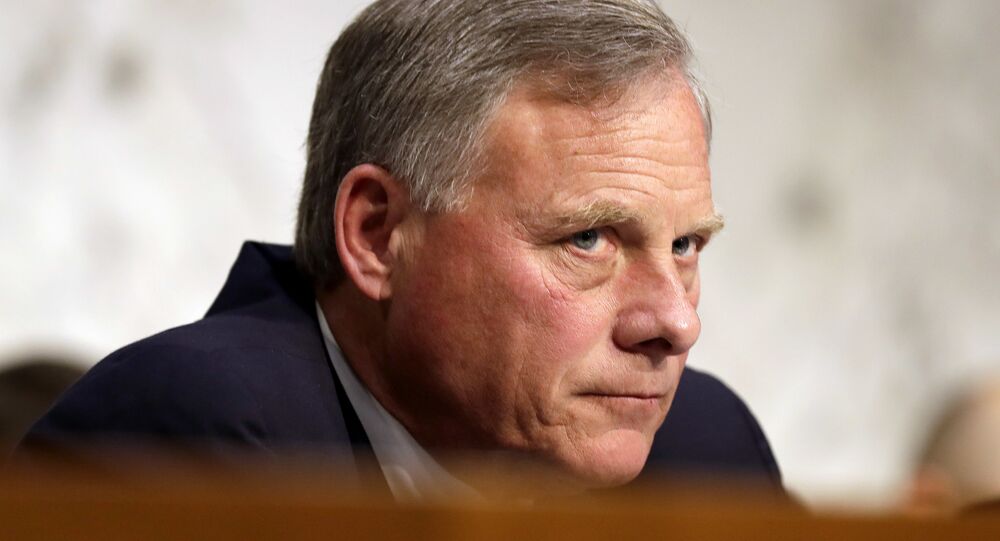 Sen. Richard Burr (R-NC) recently stepped down as chair of the Senate Intelligence Committee after he was accused of selling hundreds of thousands of dollars in stock before the US COVID-19 outbreak, a symptom of inherent corruption in the US political system, Jim Kavanagh, the editor of ThePolemicist.net, told Sputnik Friday.

“The problem for Burr is that he made these stock trades himself. [Sen. Dianne] Feinstein (D-CA), [Sen. Kelly] Loeffler (R-GA), a couple of other people who were involved in this, all have the excuse or rationale or reason that their stock trades were made by financial advisers, third-party investment advisers,” Kavanagh told Loud & Clear host John Kiriakou.

“Now, they could [have], of course, tipped off the financial adviser to do that, but you have the direct fact that Burr made these trades himself, which puts him in a unique position,” Kavanagh noted. “He’s not as wealthy as the other people, and the amount of money he traded is more significant in terms of his stock portfolio and wealth.”

FBI agents seized Burr’s cell phone Thursday as part of a criminal investigation into his suspicious stock transactions. The senator is accused of selling up to $1.7 million in publicly traded stocks in February, just before a sharp downturn in the market caused by COVID-19 lockdowns but after attending a confidential briefing from government officials about the coronavirus.

It is illegal for Congress members to trade stock on the basis of non-public information to which they are privy due to their positions.

Three other senators - Loeffler, Feinsten and Jim Inhofe (R-OK) - also traded large amounts of stock before the US coronavirus outbreak, drawing accusations of insider trading. However, only Burr is currently being investigated by the Justice Department. The trading by the other senators is believed to have been carried out by their spouses or advisers.

According to Kavanagh, many Republicans don’t like Burr and won’t be eager to advocate for him. Burr drew Republicans' ire in May 2019 when he issued a subpoena for the president’s son, Donald Trump Jr., regarding the Russiagate investigation after it was deemed closed by Senate Majority Leader Mitch McConnell (R-KY).

“So nobody’s coming to Burr’s defense ... he’s ticked off the Republican Trumpers, and of course the Democrats would like to get his seat. So, I don’t see it having immediate political consequences, but the long-term trends in North Carolina favor the Democrats anyway. This whole thing with him being replaced might actually help the Republicans if it allows them to extend their term,” Kavanagh explained, noting that if Burr is indicted, there will be an opportunity for Democrats to take the North Carolina seat.

“There are symptoms of deep problem of a kind of inherent corruption or at least implicit corruption in the process when you have a Senate, especially when it’s made up of wealthy individuals … I  don’t think there’ll be a great big reform of Senate practices or Congressional practices coming out of this … Unless you have constant oversight of this in much more specific ways, it’s just going to pass along until some really significant crisis comes up where people really ticked off,” Kavanagh added.

However, the story could continue to draw headlines, Kavanagh added.

“This probably does have media staying power,” he noted. “This is the type of scandal they’ll talk about forever, especially since Burr is disliked by both the Republicans and the Democrats.”