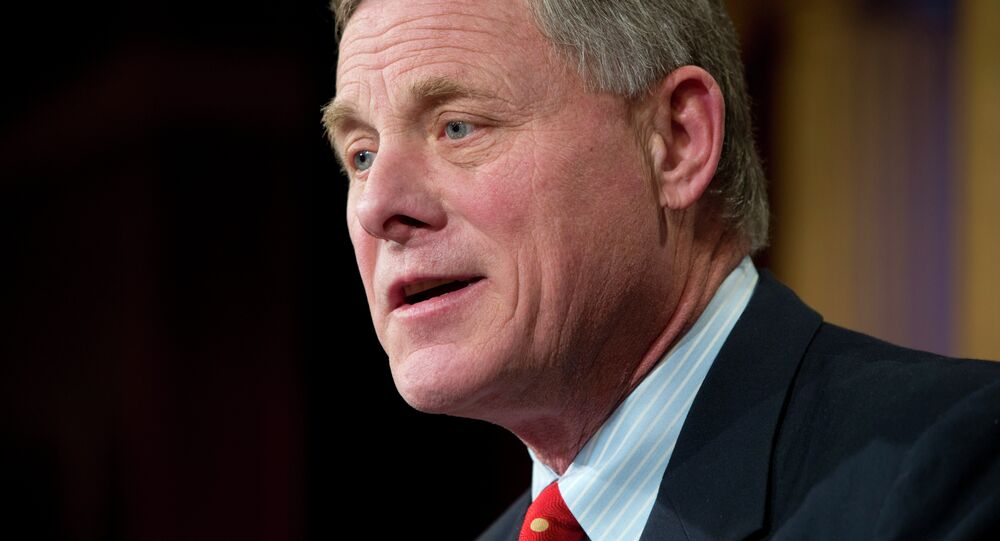 Public disclosures first investigated by ProPublica show the senator sold more than 30 stocks between late January and mid-February. Some of the stocks were in sectors now devastated by the coronavirus outbreak, such as the hotel, restaurant and shipping industries.

Senator Richard Burr is stepping down as chairman of the Intelligence Committee, following the seizure of his cellphone by FBI agents as part of a criminal investigation into his stock sales during the early weeks of the coronavirus pandemic, as reported by CNBC.

The senator, who denies wrongdoing, allegedly used inside information to avoid market losses from coronavirus.

He and his wife sold as much as $1.7m of equities in February, just before markets plunged, on fears of an economic crisis.

It is illegal for members of Congress to trade based on non-public information gathered during their official duties.

“Senator Burr contacted me this morning to inform me of his decision to step aside as Chairman of the Intelligence Committee during the pendency of the investigation,” Senate Majority Leader Mitch McConnell said in a statement on Thursday.

“We agreed that this decision would be in the best interests of the committee and will be effective at the end of the day tomorrow.”

#BREAKING: Richard Burr tells Mitch McConnell he is stepping aside as chairman of Senate Intel as he faces federal probe on insider trading

It was not immediately clear on Thursday who would take up Burr’s job: The next highest ranking Republicans on the committee, Idaho Sen. Jim Risch and Florida Sen. Marco Rubio, both chair other Senate committees at the moment, positions they would have to give up in order to chair the Intelligence Committee.

According to CNN, shortly after McConnell's announcement, Burr told reporters he was resigning as intelligence chair because "this is a distraction to the hard work of the committee and the members and I think the security of the country is too important to have any distractions."

Burr said he has been cooperating with investigators "since the beginning" and will let the investigation play out. Burr has given no thought to resigning from the Senate, he said, and he does not believe he exercised poor judgment with his stock trades. He'll remain a member of the Intelligence Committee.

Republican Senators Kelly Loeffler of Georgia and James Inhofe of Oklahoma, as well as Democratic Senator Dianne Feinstein of California, also reportedly sold holdings before the downturn, but are not confirmed to be under investigation.

Ms Feinstein said she had answered questions from the FBI regarding trades made by her husband, however.

According to the BBC, the Justice Department began investigating Mr Burr, 64, in March.

As chairman of the Senate intelligence committee, Mr Burr receives nearly daily briefings on threats to US national security. He has defended the transactions, saying he had "relied solely on public news reports" to instruct his decision to sell.

Mr Burr's lawyer, Alice Fisher, said in March that the senator welcomed the Justice Department investigation because it would "establish that his actions were appropriate".

"The law is clear that any American - including a Senator - may participate in the stock market based on public information, as Senator Burr did", she said.