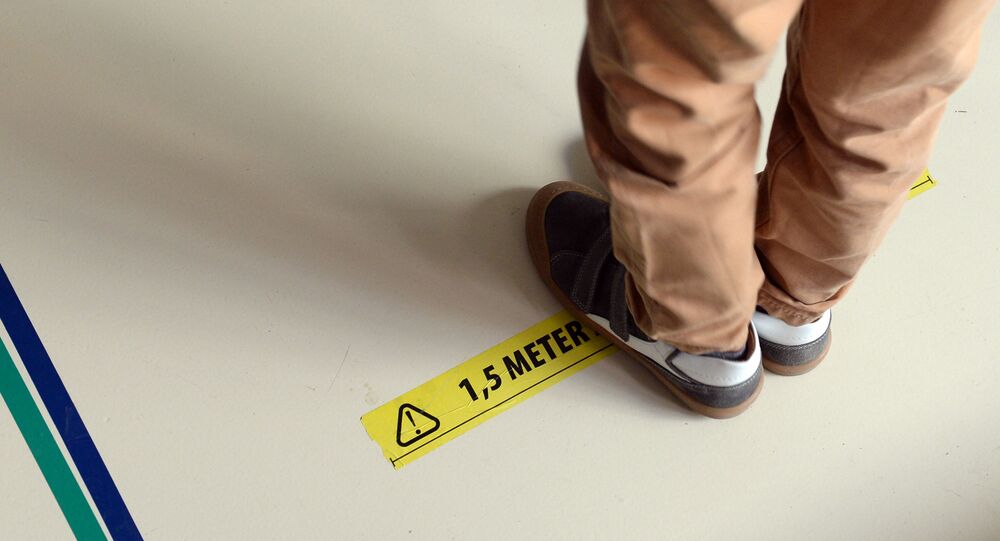 The British Government’s scientific advisors have held talks with teachers unions today, amid speculation that many leading figures in the world of education are not happy with the proposals put forward by Westminster, to reopen schools in June amid the ongoing coronavirus pandemic.

The unions are believed to have questioned whether adequate personal protective equipment will be provided for teaching staff should schools return in the coming weeks, and have inquired about how social distancing could be implemented in classrooms.

But should British Prime Minister Boris Johnson have been more cautious about easing the UK’s coronavirus lockdown?

Political commentator Mitch William gave his views on the matter.

Sputnik: Should schools reopen in the UK in June amid the ongoing coronavirus pandemic?

Mitch William: I think it would be impossible to apply social distancing in the classrooms and the playground areas because school kids won’t see the point, and they just won’t listen.

The National Association of Head Teachers have stated that opening schools under the current guidelines just won’t be feasible, and to be honest, the government should be listening to the teachers and keeping schools closed until what would have been after the summer holidays.

Sputnik: Has British Prime Minister Boris Johnson been too hasty in loosening the UK’s coronavirus lockdown?

Mitch William: England appears to move a lot faster than the rest of the UK, but they were supposed to be applying a four-nation approach, so we should all be moving at exactly the same pace, and at the moment due to the mixed messaging, people are confused and need some form of clarity.

I would much prefer a slower, well planned out approach, and if that only saved one life; then overall, it would be worth it in the end.

© AFP 2020 / ISABEL INFANTES
Social Distancing 'Impossible' on London Commute as People Go Back to Work Amid Eased Lockdown
Sputnik: Could the virus actually be defeated until a vaccine is mass-produced?

Mitch William: A vaccine could be just around the corner, or it could still be years away. We still don’t have vaccines for disease such as HIV, so therefore I am quite doubtful that an effective vaccine will be available any time soon.

Defeating the virus globally could take a very long time. When it is eradicated in the UK we will still be vulnerable to a second wave due to continuing foreign pandemics through trade, and illegal immigration.