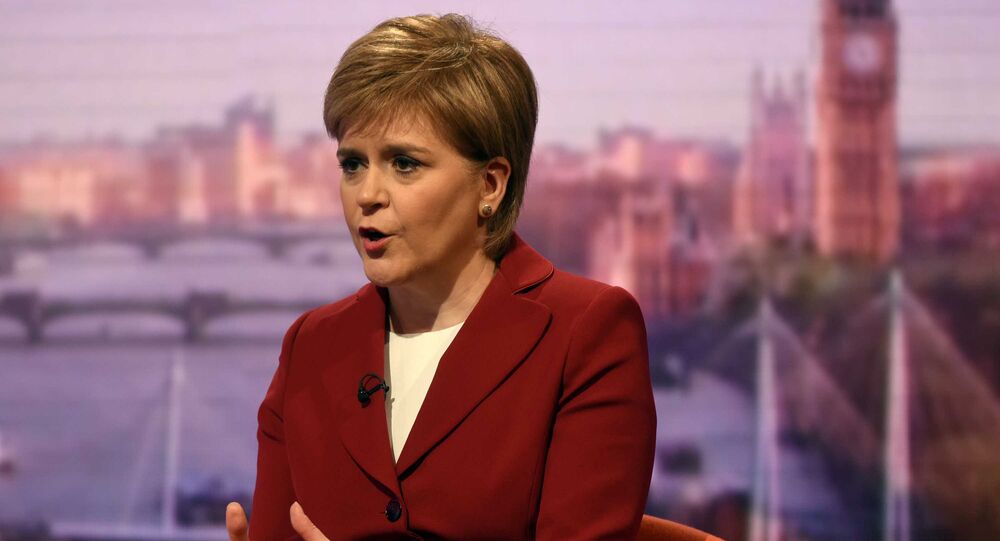 British Prime Minister Boris Johnson has set out a plan for how the UK can end its Coronavirus lockdown. The first phase of the proposals states that residents of England can now meet with people from outside their family and households, as long as social distancing is maintained.

Restrictions on public sports and sunbathing will also be lifted, and businesses are set to be encouraged to return to normal operations wherever possible. The guidelines drew staunch criticism from the devolved Northern Irish, Scottish and Welsh Governments, who have stated that they intend to maintain strict lockdown conditions, despite Westminster’s push to loosen them.

Henry Bolton, Lead of the Our Nation Party, reflects on the prime minister's roadmap out of lockdown.

Sputnik: What is your take on Boris Johnson’s coronavirus lockdown exit plan?

Henry Bolton: I’m quite comfortable with it. He’s come under criticism for it in two respects, and one is that he has been criticised for not laying down a very clear roadmap of how the lockdown is going to be lifted over time.

On that point, he can do that no more than Winston Churchill in 1940 could have given a precise timeline for the lifting of World War Two, this is an ongoing situation that requires very deep analysis, repeated and follow on decision making, so of course, there is a certain amount of unpredictability about it.

It’s impossible to lay down a timeline without laying himself open for later criticism when he’s proven to have diverged from that roadmap, and he’s also been criticised for a lack of clarity in this, and that’s a little unfair.

Sputnik: Would the British public have begun to rebel if the coronavirus lockdown was not loosened?

Henry Bolton: Boris Johnson is appealing to a population who are used to common law, where policing is essentially by consent, he is trying to appeal to common sense and the intelligence of the British people, and I hope he is not found to be wrong in doing that.

He is saying that if you can work from home; do so, but if you need to go back to work, then be sensible about it, be cautious, be alert to the people around you, and that is just common sense I feel, so this is not a structured lifting of the lockdown, it is one in which he is saying “Ok, go out there if you need to, but be careful about being too close to other people, don’t forget that this virus does kill people, does put pressure on the NHS, and can ultimately cause you to suffer as well, so be careful.”  It’s an entirely logical and sensible approach in my view.

© AP Photo / PA Video/Downing Street Pool
In this grab taken from video issued by Downing Street on Sunday, May 10, 2020, Britain's Prime Minister Boris Johnson delivers an address on lifting the country's lockdown amid the coronavirus pandemic.

Sputnik: Are the devolved governments of the UK right to question the Prime Minister’s proposals?

Henry Bolton: Nicola Sturgeon and indeed the First Minister of Wales are both playing to their own audiences, trying to feed their own political support base, that is the political reality, but I do think that it needs to be tempered again with common sense.

Nicola Sturgeon is deliberately trying to create the impression that she is in control of all of what happens in Scotland, but the fact is that the Scottish Assembly uses powers that are devolved from the Crown, through the Crown’s Ministers in Westminster, through the Government, to the constituent nations, so they get their power ultimately from a delegated power issued by Westminster. Ultimately she is playing games with this, and it doesn’t help, we need to have a united message.