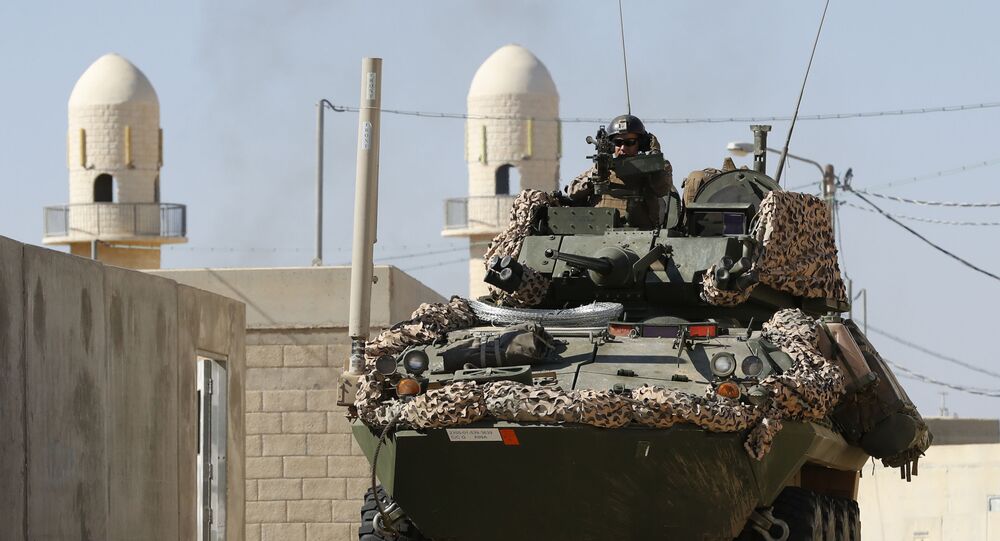 US-Israel Defence Pact Essential for Deterrence but Could it Also Tie the Jewish State's Hands?

US-Israel relations are excellent and need no extra boost in the form of a defence pact, believes one Israeli expert. Although it could contribute to Israel's security and to regional stability, the agreement might also do more harm than good as it could damage the Jewish state's image as a country that relies solely on itself for survival.

Addressing cheering crowds shortly after Israel's exit polls projected a swift victory to his Likud party, Prime Minister Netanyahu promised he would continue to work towards the benefit of Israel and its people.

"Here's what we're going to achieve: Applying sovereignty to the settlements, eliminating the Iranian threat, signing an alliance with the US...this is the mission," he said in his victory speech on 3 March, referring to a potential defence pact with Washington.

Although nobody really knows what such an agreement might entail, reports suggest that the idea is to deepen the partnership with the US in an attempt to deter Iran, sending them a clear message that their activity in the region will not be tolerated.

Israel is concerned about Tehran's nuclear programme, convinced that the Islamic Republic builds weapons of mass destruction that will eventually be directed at the Jewish state - allegations denied by Tehran.

Tel Aviv also fears an attack from Iran or its proxy Hezbollah following the escalation of tensions caused by the assassination of one of Iran's top commanders, Qasem Suleimani, by a US strike in early January.

"We are not talking about a partnership on the scale of what NATO members have simply because we don't want to have American soldiers committed to our defence. It's been Israel's policy for years never to ask others to put their lives in the line for us. Similarly, we don't want to fight the American wars either, so we would like to avoid situations where we need to send our troops on missions beyond our own survival," said Dr. Eran Lerman, now vice president of the Jerusalem Institute for Strategy and Security who has held various senior posts in Israel's military intelligence.

In the past, however, things have been different. Surrounded by often hostile states, Israel has always sought a partnership with a superpower that would be able to defend it in the event of a war.

In 1954, for example, Israel considered joining NATO or establishing a formal bilateral defence treaty with the US, but those efforts remained largely unanswered due to the American fear that a defence pact with Israel would shatter Washington's relations with the Arab world.

After the Six Day War in 1967, when Israel bit off large chunks of Arab territories including the West Bank and Jerusalem from Jordan, the Gaza Strip and Sinai Peninsula from Egypt as well as the Golan Heights from Syria, the notion of a defence pact re-emerged, with the US hoping to use it as a leverage tool to convince Tel Aviv to withdraw from the areas it had conquered.

That approach didn't work, primarily because Israel considered those territories crucial for its existence and was reluctant to negotiate, even for the sake of a solid defence agreement with Washington.

"I honestly think that there is no need to go beyond the already existent excellent ties we have with the US," said Lerman, referring to the generous annual donations Washington transfers to Israel.

Between World War II and 2019, the US has provided the Jewish state with $142.3 billion in bilateral assistance and missile defence funding, with Israel becoming the largest cumulative recipient of US foreign assistance.

Now, however, Netanyahu, who has been pushing for the pact, wants to change this equation but Lerman believes his desire to strike the deal is dictated by political reasons rather than security concerns.

"Such a pact will certainly look good during an elections campaign, so it serves the political needs of leaders in Israel and the US," he explained.

But apart from serving political purposes and presenting a deterrence factor to those who want to challenge Israel's security, the pact -- even if of a limited nature -- can help to formally institutionalise the relations between Israel and the US, something that could be particularly important especially if at some point American assistance to Israel was to weaken.

In addition, believes Lerman, it can contribute to Israel's sense of security and that can consequently lead to better regional stability. "Israel has a powerful military and nations respect us for that. Nevertheless, we are not all-powerful and it would be helpful to have the backing of somebody who has a bigger stick in this difficult and dangerous part of the world, where certain countries are taking very irrational decisions."

Yet, the pact could also spell trouble for the Jewish state, research finds.

According to Israel's Institute for National Security Studies, the agreement, if it ever takes place, will most probably presuppose a series of territorial concessions from Israel, something that Tel Aviv might find difficult to accept.

The deal would also require tight coordination with the US, a move that could tie Israel's hands and diminish its freedom of action in military and strategic matters; and, finally, it would decrease the motivation of Israeli soldiers, who now know they can only rely on themselves, to fight for their country.

However, for Lerman, the most dangerous part is that such a pact could be devastating for the current US-Israel relations.

"Over the years we have taken pride in our ability to defend ourselves and we have asked the American Jews to convince their administration that Israel needs to be supported in terms of military goods and hardware, so [having an agreement where Israel would rely on the US for defence] would ruin Israel's ethos [of self-reliability]."