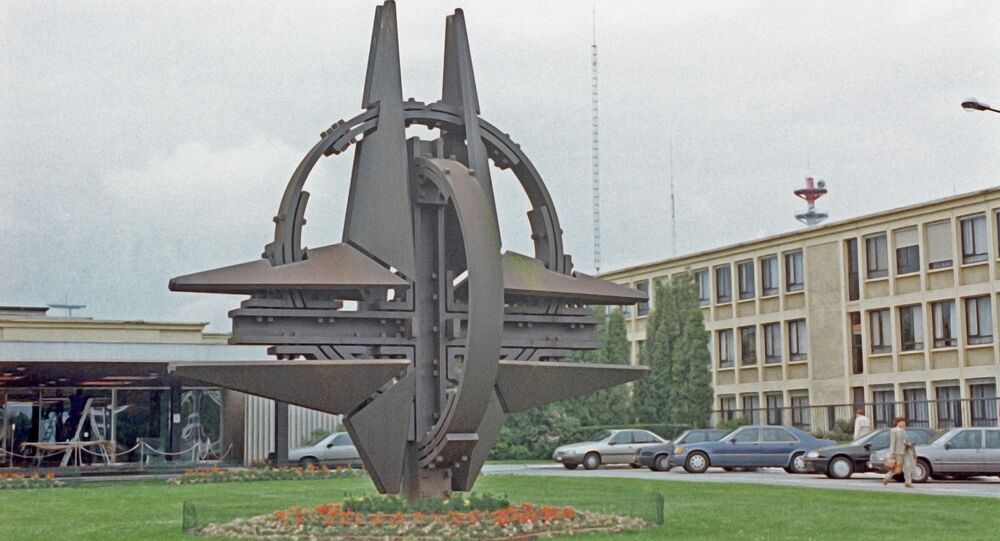 MOSCOW (Sputnik) - In November, French President Emmanuel Macron told The Economist magazine that there was hardly any security cooperation between the US and other NATO members, essentially leaving the alliance in a state of “brain death.” In response, Trump said that the French leader’s comments were disrespectful and insulting.

Europe must formulate a new long-term security policy, whether as part of the North Atlantic Treaty Organisation (NATO) or independent from it, given the growing rift with the United States, Matthias Platzeck, the board chairman of the German-Russian Forum and a former minister-president of Germany's Brandenburg, stated.

Platzeck recalled a 2011 speech given by Barack Obama, in which the former US president told Australian lawmakers that US foreign policy was turning its attention to the economic potential of the Asia-Pacific region. The former president’s comments came after he announced the end of the US mission in Iraq and the beginning of troop withdrawals from Afghanistan.

Almost a decade later, Trump’s attention to the Asia-Pacific region has resulted in a trade war with China and attempts to prevent tech giant Huawei’s participation in 5G networks. European states are getting caught in the crossfire, and have also become the target of US sanctions over EU subsidies given to the Airbus aircraft manufacturer or the Russian-built Nord Stream 2 gas pipeline linking Russia and Germany.

“So even back then he [Barack Obama] was talking about the US’ gradual withdrawal from North Atlantic engagements. Trump has exacerbated it further in his own unique manner. And we still don’t know what to do about these changes, about this refusal, how to strategically treat this issue and how to live in the next 20 years”, Platzeck said.

“During the Munich Security Conference, one could hear all possible scenarios: joint military brigades, a joint European army, a French nuclear umbrella over Europe, including NATO or without it. But nothing is clear yet. Europe has to make some difficult decisions. Now is the time to ask some fundamental questions and find those fundamental solutions”, Platzeck remarked.

Platzeck stated that in this context, European countries need to formulate a new strategy in order to meet the current regional and global security challenges. He drew parallels with the Helsinki process, a three-year set of negotiations between US and Soviet allies in the 1970s that resulted in the Helsinki Accords.

“There are a lot of questions to be solved: Europe’s self-reliance with or without NATO, around NATO, with Russia in a common European security architecture; Europe’s relations with Ukraine, Georgia, other countries, North Africa, Middle Eastern issues – basically we need a new Helsinki process”, the former Brandenburg leader stated.

With such a large number of issues to solve, Platzeck urged European countries to increase their cooperation, and work on building a long-term strategy that involves the entire continent.

“Now we are treating individual issues. One is the Normandy format on Eastern Ukraine. Italy and France argue over the Libya crisis. In Berlin, [German Foreign Minister] Heiko Maas organised a conference [on Libya] – and I’m grateful that he did it – but we cannot say that it was a success. The UK has left the EU, so there is a question of how to work with them … We are doing some makeshift repairs, dealing with issues separately, but we lack a general approach for the whole continent, a sustainable, long-term strategy for our whole continent,” Platzeck said.

Tensions between the US and NATO member states heightened after Trump in December criticised countries who were not meeting defence spending targets. Relations with Turkey have also deteriorated after Ankara began accepting deliveries of the Russian-made S-400 missile defence system. In response, Washington expelled Ankara from the F-35 fighter jet program.