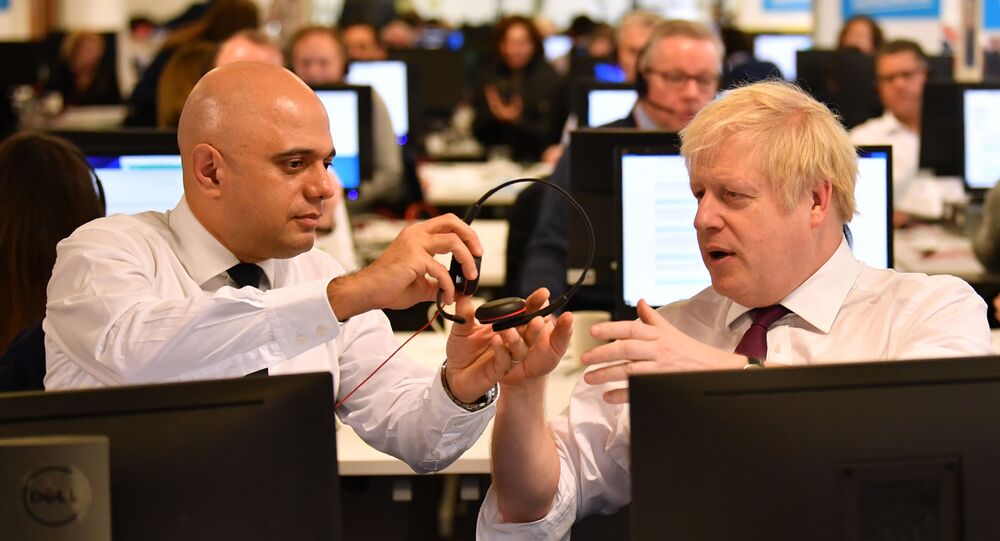 British Prime Minister Boris Johnson has conducted a cabinet reshuffle, with the UK set to head into talks with the EU regarding a potential post-Brexit trade deal.

Sajid Javid also resigned as Chancellor of the Exchequer.

But what will this cabinet reshuffle mean for the Conservative’s policies going forward? UKIP Wales leader Neil Hamilton gives his views on the matter.

Sputnik: How much of an impact will Boris Johnson’s cabinet reshuffle have on British politics?

Neil Hamilton: It’s too early to judge this reshuffle yet, as we won’t quite know until the end of the day where the balance lies. Until I heard the news about Sajid Javid; it looked to me as if Boris Johnson was clearing out Brexiteers and replacing them with Remainers.

I was preparing to issue a press release saying “ alarm bells ringing over Brexit” and “Boris is setting us up for betrayal again”,  but it remains to be seen why Javid has resigned, and who’s going to replace him.

Sajid Javid was a very bad Chancellor in my view. He said a few weeks ago that the UK should put doing a trade deal with the EU ahead of doing a trade deal with the USA, and that had the predictable consequence of Michel Barnier playing hardball and saying that there will be no deal on trade unless we accept everything that the EU wants in regulating financial services, which is clearly a ridiculous thing for us even to contemplate.

It may be that this clear-out will be better than I was fearing, but overall it remains to be seen.

Sputnik: Could Boris Johnson cave in and deliver a soft Brexit?

Neil Hamilton: I don’t think he’s going to take us back into the customs union or the single market, I think that would be worse if we were to do that, that he would accept EU regulations in which we will have no part to play when they are being made.

Barnier is saying that we’ve got to accept whatever the EU might decide on regulation in the future, and we wouldn’t have a voice on that if we left the bloc but remained in the customs union, so if Boris does in any way go along with what the EU wants; that will be a total betrayal of Brexit, and it would be worse than remaining in the EU.

We’ll see, at the moment it is all shadow boxing, and we’ve still got the rest of the year to go before we’ll find out what the outcome really is, but anybody who is like me; a true Brexiteer, who has been fighting this battle for many years, is filled with doubt and uncertainty as a result of some of the things which Boris Johnson and his ministers have said.

That’s why we need a party like UKIP to be in existence, and strongly fighting for Brexit to be properly achieved, so that it holds Boris’s feet to the fire and keeps the Tory Party on the straight and narrow path.

Sputnik: Is the UK or EU more prepared for a potential reversion to WTO rules?

Neil Hamilton: I think the UK could handle a no-deal Brexit very easily. Firms have been living with this uncertainty now for three and a half years; anybody worth his salt will already have made alternative plans for if the EU proves to be completely intransigent.

I think we would be wise to think that the EU will be, because they have always put their political project ahead of the economic wellbeing of the people of Europe, and they could well do that in the future.

I’ve already taken my own decisions on this, I’m no longer buying EU wine, for example, I’m buying it from South Africa, Chile, the US and other places, so we need to set up other supply chains in other parts of the world, and we need to prioritise doing trade deals with other countries like Japan, Australia, the US, South American countries, they are all queuing up to do deals with us enthusiastically.

The contrast is with the EU, who are being completely intransigent and giving away absolutely nothing, and they don’t even know where their own self-interests lie, let alone what is in the interest of Britain.