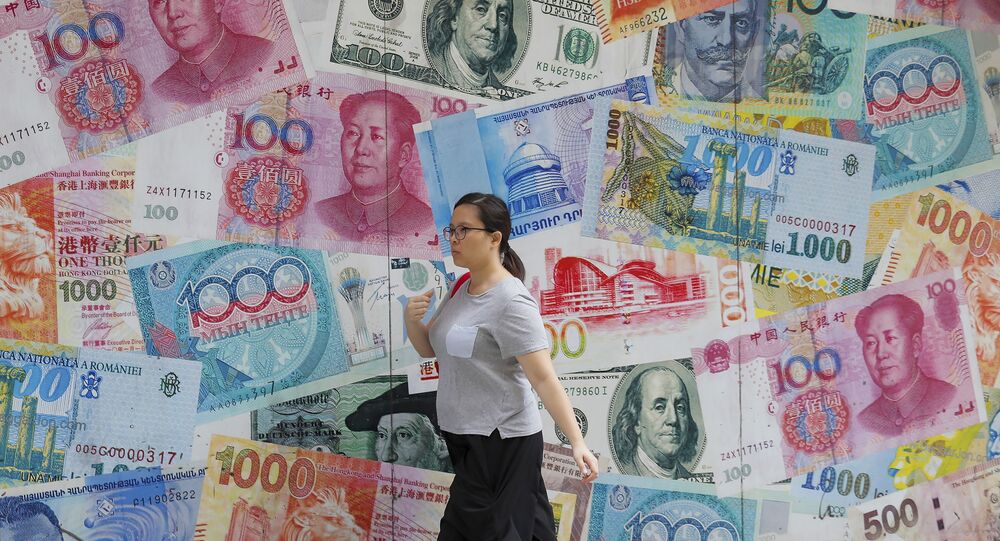 On Wednesday, Trump and Chinese Vice Premier Liu during a ceremony at the White House signed the so-called Phase One trade deal. The agreement stipulates that Beijing will purchase at least $200 billion worth of US goods over the next two years, respect patent and intellectual property rights, and not manipulate its currency.

Tom Harper, assistant professor at Neijiang Normal University in China, shared his views on the Phase One deal and the ongoing US-China trade war.

Sputnik: China’s economic growth cooled to its weakest point in nearly 30 years in 2019. This follows suggestions of easing between the US and China amid a trade war between the two nations. How significant is this most recent report on China’s economy?

Tom Harper: I think it's natural for economies. They can never really maintain high growth all the time or at least as fast as China has done, which is already quite impressive as it is, but what people don't always look at is the proportion of it. If you look at it in proportional terms this year China has added an economy equal to India to its own economy which is pretty impressive.

© AFP 2019 / NICOLAS ASFOURI
US-China 'Phase One' Trade Deal Could Have Been Struck Without So Much Pain, Via Talks - Prof
To bring it on to the trade conflict if I may, this has actually been quite a useful time for Xi because he's had to undergo a lot of reforms, which is what the slowing can partially be attributed to, because they do a lot of reforms which are quite painful in the process.

What the trade war has given him is a way to blame the aftershocks of his reforms on the external enemy and which is something that Trump has provided him with. In the long term, I believe that this could work out better for China than we initially expect.

Sputnik: What economic policies are we likely to see from China? What does this all represent for the future?

Tom Harper: In one way you have to see the trade war is not necessarily a conflict between two countries, but two very different economic systems. We have the free market system of the West, which is best represented by the US; and we have China which, even though it is supposedly communist, is more a state capitalist kind of society.

I think what China will try to do is they will try to attract more foreign investment, which is something they have been doing more. What has been particularly interesting about China in the trade war is that China has dropped tariffs against pretty much every nation except the US. In some ways, they will start to be a bit more liberal than they had been in the past of their economy.

In the past, Xi was criticized for relying too heavily on state industry, so I think we may see a move away from that but what I think the trade will really has done for China in the long run is that it has encouraged it to become more self-sufficient.

Sputnik: Against the backdrop of an easing between China and the US could we see further steps taken between the two countries to end the trade war?

Tom Harper: Firstly, I think we need to look at the deal in the context of the wider international system. Recently we've had more tensions in the Middle East and the US is more distracted about that, focusing more on that then with China. In some way, Trump's policies, whilst very crude, is better for China's goals in many ways, because in many ways Trump is more transparent about what he's doing then, say, any of his successors may be, in that regard.

© AP Photo / Richard Drew
US Stocks Rise on China Deal With S&P500 Crossing 3,300 for First Time
As for the wider consequences, I believe that these moves will be seen as phases. What we've seen the end off, is the phase of the more overt trade war of slapping tariffs on everything, but where I think it will continue, is in mainly the technology sector. The danger for both is that any concessions given may be seen as giving in or appeasement, which will result in a sense of humiliation and that can become very grave later on. So, in many ways, whilst Trump started the trade war as a sort of short term gesture, I think he's really lost control of it. I think the context will sort of live on without him in that regard.