A charity has warned that the British government’s current provisions for helping EU citizens apply for post-Brexit settled status do not go far enough, and could potentially lead to a situation akin to the Windrush Scandal, where many immigrants who arrived in the UK before 1973, later faced deportation, due to administrative errors.

The uncertainty also surrounds British expats currently residing in Europe. British Prime Minister Boris Johnson is of course planning to hash out a divorce bill with Brussels in the coming months, but a no-deal Brexit remains a distinct possibility.

Sputnik: Will EU citizens in the UK be subjected to a Windrush style immigration scandal after Brexit?

The problem with Windrush people is that they got lost on voyage as it were, and fell through the gaps in the system, for social security as well as immigration, so it’s a complete non-sequitur or red herring.

Sputnik: Will Boris Johnson be able to negotiate a trade deal with the EU?

Neil Hamilton: That’s of course totally beyond his control. It depends upon whether the EU carries on with its self-harming policies in order to try and keep its remaining members in line, or whether it’s going to do a sensible deal for the benefit of all EU citizens.

It’s perfectly easy for us to cobble together a deal in the course of twelve months, after all; at the moment there are no regulatory differences between Britain and the EU and if any develop in due course, they can be dealt with on an ad-hoc basis.

We could agree a tariff schedule for goods just as the EU did with Canada, South Korea and Mexico for that matter. Whilst the EU moves at a glacial pace in terms of negotiation, because they’ve got twenty-seven countries to agree, and as we saw with the Canada deal, even a region of Belgium Wallonia, could hold it up in order to make some political point, but that’s their problem and not ours. 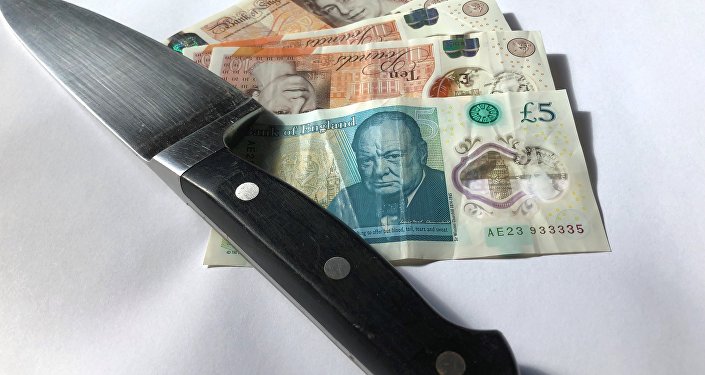 © Sputnik /
EU Chief Negotiator Barnier Warns UK of No-Deal Brexit's Harmful Economic Consequences
As long as the UK enthusiastically and vigorously embarks on doing deals with other countries, not least of course with the United States; that will certainly jolt the EU into the real world. We’ve got to realise that the EU is in systemic financial crisis, which is only postponed because they keep on turning the money taps of the European Central Bank in order to try and disguise things.

As a proportion of world trade; the EU is declining, eighty-five percent of the global economy is outside the EU, so we’ve got everything to gain from ploughing our own furrow, and if they don’t want to do a deal by the end of year, we will be able to cope with the consequences.

Neil Hamilton: It’s one of these institutions that have been created from the top-down, rather than the bottom up. The whole point of the EU is basically to get rid of the nation-state, and we know that people respond to national aspirations.

What the EU elite wants is not what the European people want, that’s why there are anti-EU movements throughout the continent. Even Germany is getting increasingly restless about the policies of the European Central Bank, and I think that the German taxpayer will perhaps eventually get out of its carapace of war guilt and see that its own best interests lie in the destruction of the EU, and in Germany doing what Britain has done, facing the rest of the world as an independent nation.