On 8 January, Russian President Vladimir Putin and his Turkish counterpart Recep Tayyip Erdogan launched the TurkStream natural gas pipeline in Istanbul that is poised to deliver Russian gas through Turkey to customers in Southern and Southeast Europe via the Black Sea.

Sputnik has spoken to MPs from Turkey’s governing Justice and Development Party (AKP) to discuss the newly-inaugurated TurkStream gas pipeline, which Russian President Vladimir Putin described as testimony to the strong relationship between Moscow and Ankara.

Deputy Chairman of AKP's parliamentary faction Bülent Turan stressed that Turkey has set itself an ambitious task in the energy sector and the TurkStream project brings this task one step closer to reality.

“After the launch of one of the 'projects of the century' the TANAP gas pipeline, which supplies Azerbaijani natural gas to Europe, another historic step has been taken. TurkStream is a large-scale 935 km-long gas pipeline that will ensure the supply of Russian gas to Turkey and Europe through the Black Sea, as well as strengthen Turkey’s position in the energy sector. Apart from their economic benefits, these global projects are of great importance in terms of ensuring security and peace in the region", Turan elaborates.

“Today’s Turkey doesn’t follow the conditions that they are trying to impose from outside. Pursuing its own national interests, the country sets and performs ambitious tasks in terms of energy, defence, technology, manufacturing, basically, in all areas of life. Turkey, which yesterday was largely dependent on external players, is today becoming an attractive hub for the energy sector. Our country has recently been subjected to various energy threats, in particular, the risk of interruptions in gas supply in winter; but today Turkey plays a key role in ensuring energy supplies to Europe", the chairman asserted. 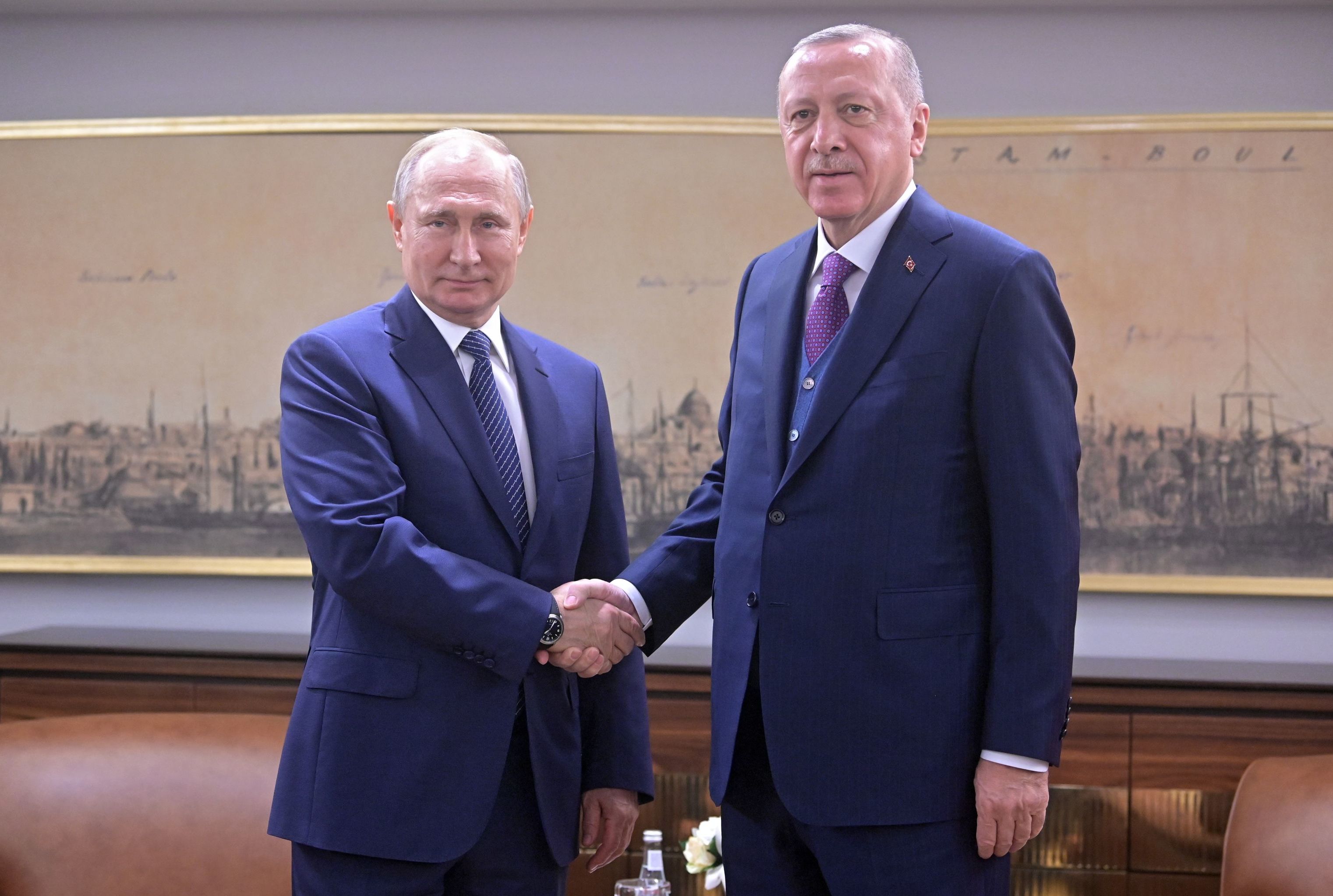 "TurkStream will help Turkey strengthen its influence in the region, as well as become the first recipient of natural gas and free itself from transit risks. Possible destabilising factors in the region won’t affect our natural gas needs. We believe that this project, directed by our president and Mr Putin, will positively affect the development of our country, neighbouring states, and the region in general", he concluded.

Mustafa Elitaş, Chairman of the parliamentary commission on industry, trade, energy, natural resources, information and technology, pointed out the significance of the TurkStream project and the record deadlines for its implementation.

“This is a highly important project, both in terms of Turkey and Russia’s trade interests, and meeting Europe’s natural gas needs. The 15-billion-cubic-metre gas flow to European countries will certainly allow them to purchase a cheaper and cleaner source of energy. On the other hand, this project is very important for Turkey, which here acts as a bridge, a link. Over time, gas supplies will increase", Elitaş said.

Talking about the importance of the pipeline, Selahattin Minsolmaz, an AKP MP, pointed out that "Turkey is located in a strategically important region".

"Our neighbours are both the countries of the Caucasus region, the Middle East, and Russia, who are rich in natural gas, and European states with a high level of industrialisation and energy needs. The fact that Turkey has become a kind of energy bridge, a hub for providing both its own needs and the needs of Western states, is a sign of political and economic confidence in Turkey. Although our country has limited oil and gas resources, it has managed to become a kind of energy corridor", the politician said. 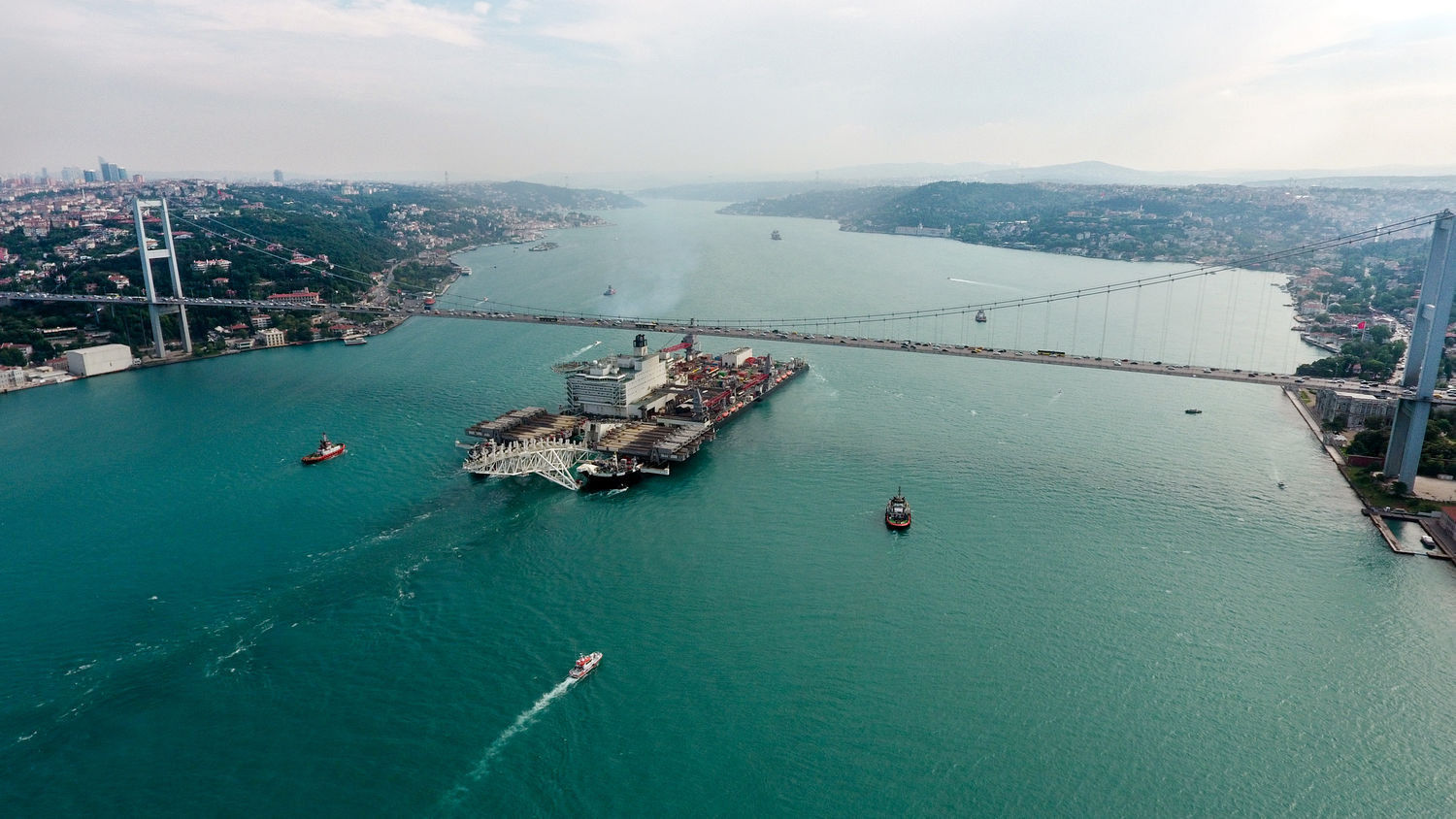 © Photo : turkstream.info
The Pioneering Spirit vessel passing through the Bosphorus to work on the TurkStream Offshore Gas Pipeline

According to Minsolmaz, TurkStream is extremely important for Turkey, Russia, and European nations.

"The international aspect of this project is also very important; it demonstrates confidence in our country and its significant positions in the region and system of international relations. This project makes our country stronger on the international arena; it strengthens Turkey’s role on global energy markets. This is a mega-project, a global project. I’m happy that we’ve reached the moment of its implementation and being putting into operation", he said. 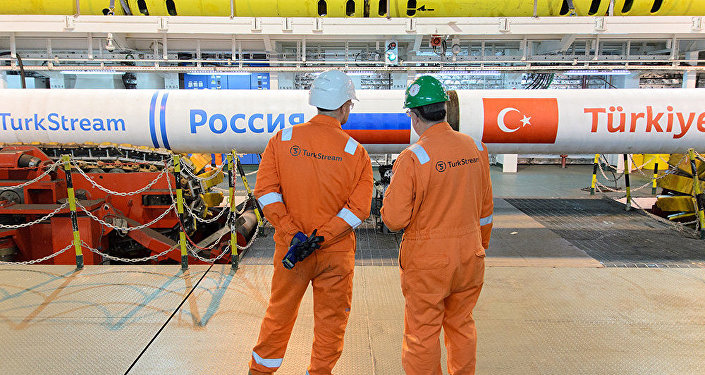 "This is a 935 km-long gas pipeline, which goes through the Black Sea, at a depth of 2,000 metres, and weighs more than 10 tonnes. Moreover, this project takes into account environmental protection requirements. When building the gas pipeline, special attention was paid to forest and water resources. This is a great engineering project, consistent with natural conformity principles", he concluded.