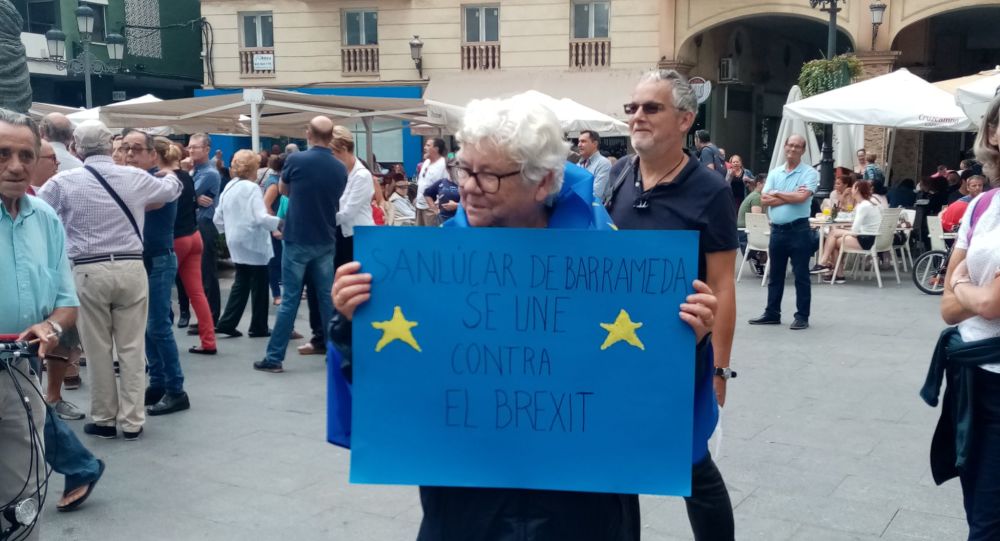 La Linea which like most of Spain suffers from high unemployment is largely dependent on the economic opportunities provided by its neighbour, which has a thriving offshore finance and gaming industry, with thousands crossing the frontier for their daily commute.

The protest, organised by the Ascteg association for Spanish workers in Gibraltar, saw a relatively high turnout, despite British Prime Minister Boris Johnson seeing his revamped Brexit deal approved by the powers that were in Brussels earlier this week. 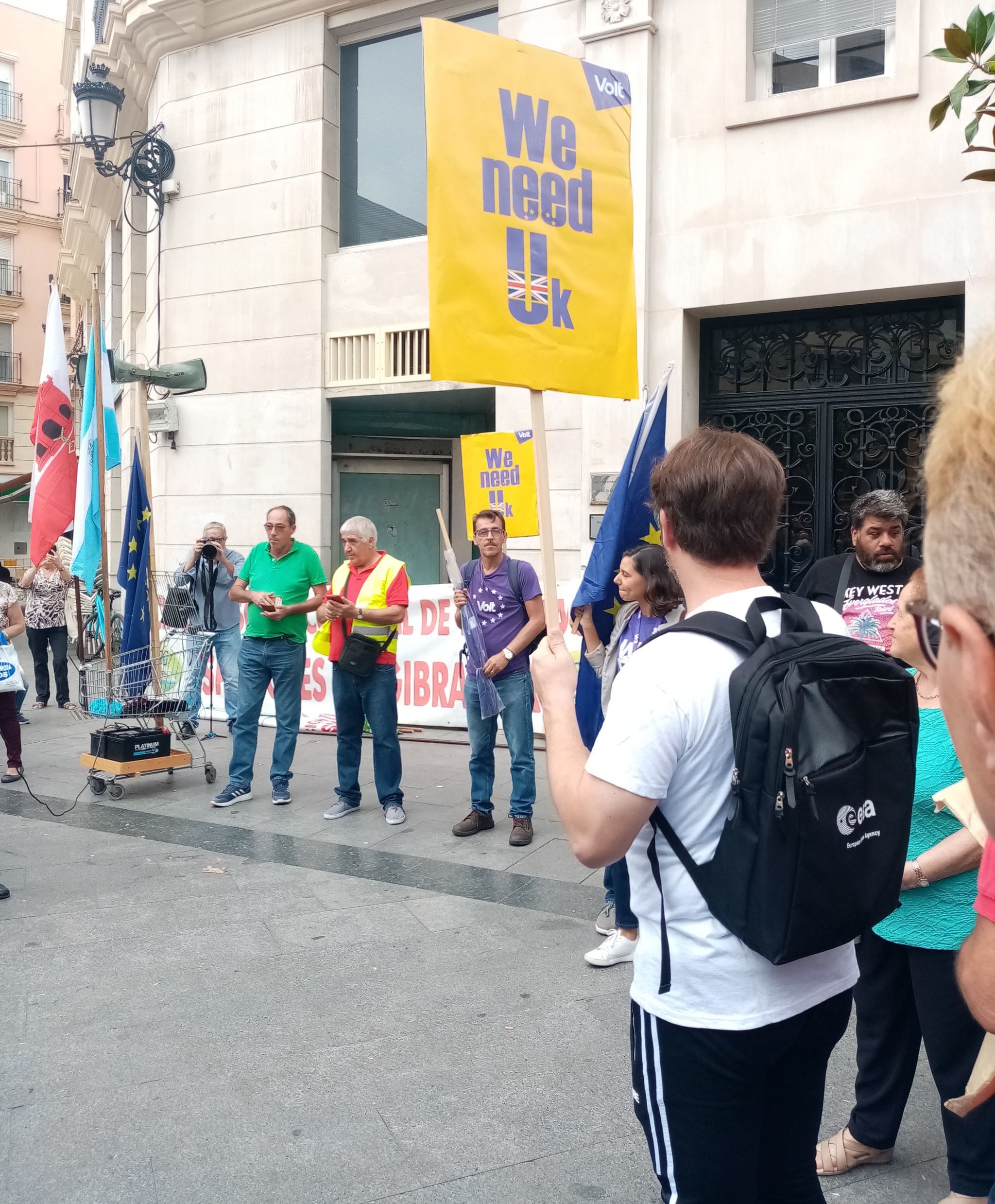 A spokeswoman from Volt Europa, a pro-EU political party, in attendance at the rally believed that Johnson’s new divorce bill could spell more trouble for both British and continental business than his predecessor Theresa May’s.

“We believe that the new deal that is being voted on in the UK today is not a good deal, it is a deal that is worse than before, and it’s certainly worse than the deal British citizens have as a result of integration with the EU, we really feel that the best thing for both the UK and Europe as a whole is for Britain to remain in the bloc, and we advocate for a second referendum, as everybody is much more informed now about what Brexit entails.” 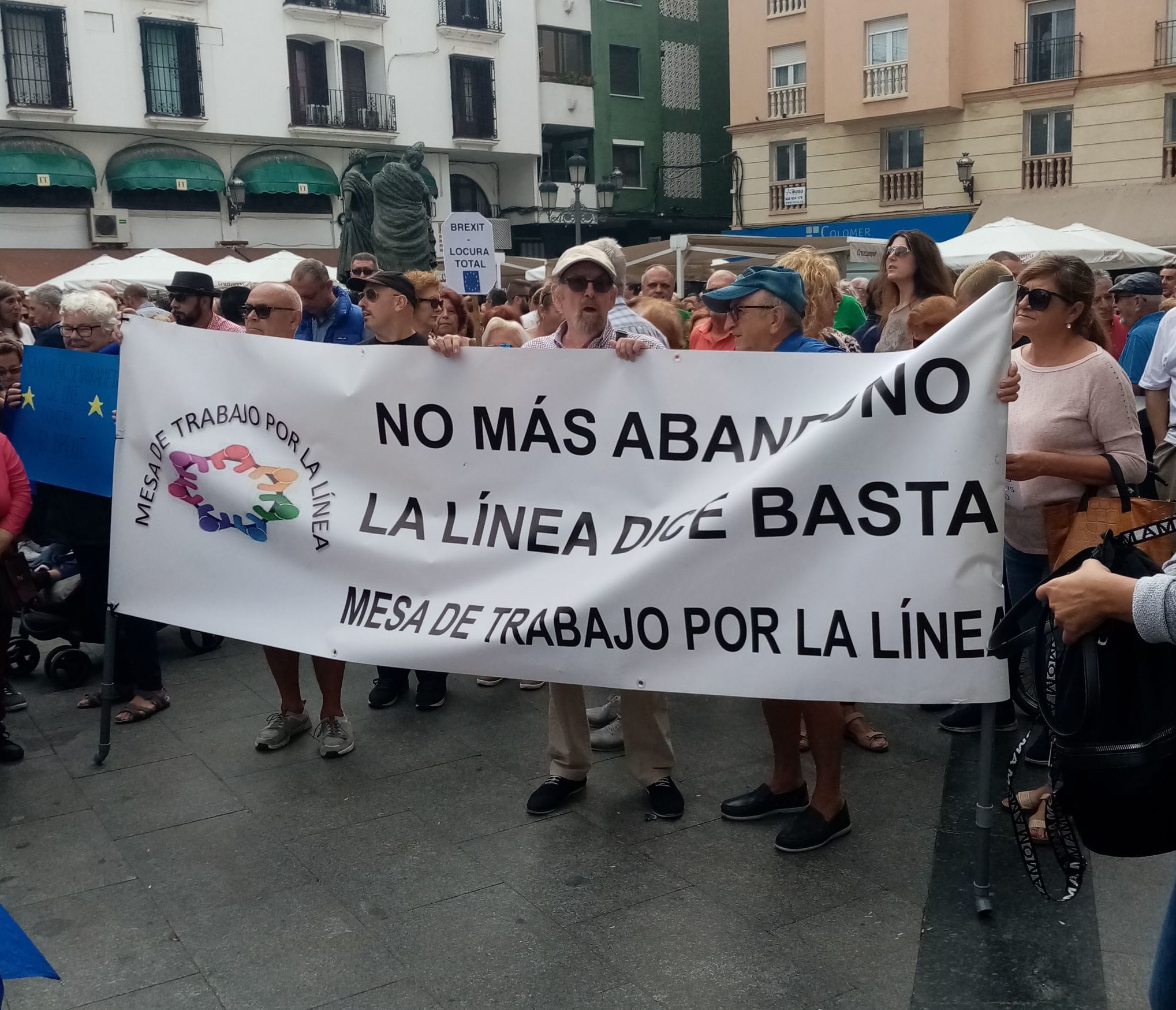 The spokeswoman added that “the UK leaving the EU will only rekindle conflicts such as the Gibraltar territorial dispute and the Irish border issue, which Brussels has helped to placate, and we feel that the only way for these problems to be avoided, is for further European integration to take place.”

“That being said; if Brexit does take place on October the 31st, we remain optimistic that the British people will want to re-join in the near future."

Whether or not the UK will finally sever ties with the EU on Halloween remains unclear, but it seems that whatever the outcome, it will be difficult for the economies of both Gibraltar and La Linea de la Concepcion to emerge unscathed.