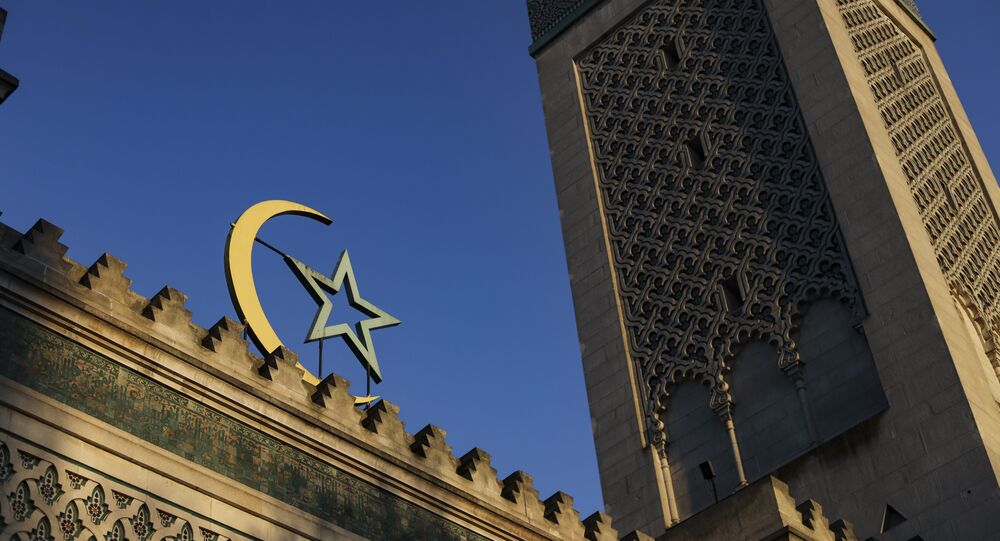 The Union of French Muslim Democrats gathered 0.13% of the votes in the European elections. However, the results didn’t prevent the party from playing on par with major parties in some neighbourhoods, especially in the Paris suburbs. In these communities, they had far better results, which may turn into local victories in the upcoming elections.

Sputnik discussed the issue with Bassam Tahhan, a French-Syrian political scientist who was on the UDMF list for the European elections.

Sputnik: At the national level, UDMF gathered 0.13% of the votes. Are you disappointed with such a result?

Bassam Tahhan: No, not at all. We got more than 28,000 votes. It was our first election, and these results are encouraging. We came in 19th out of 34 parties present on the list; it's rather encouraging. In addition, we managed to leave behind certain identitarian lists and the royalist list. Finally, there are objective reasons for our results.

Bassam Tahhan: We had to wait for the Council of State to decide whether we were allowed to participate in the European elections, because some administrative documents had failed to meet the requirements. That was on 9 May. Ballot cards were to be provided a few days later. We were short of time and printing ballot cards is expensive. We couldn't get them printed before we knew if we were allowed to participate in the elections. Those who voted for us had to download a ballot card from our website. It turned out that those who are most likely to support us are not ready for such a procedure.

Fortunately, in some departments such as Yvelines, young executives have helped the population to print the ballot cards. So, people were able to vote for us. It allowed us to match the big traditional parties. In some cities, we were ahead La France Insoumise and the Socialist Party. Without ballot cards or posters, we did what we could. Next time, we will have them and we will be better prepared financially. UDMF will take part in the next elections; and, perhaps, our results would surprise you.

Bassam Tahhan: I'm glad people got mobilised. We cannot share the joy of the National Rally, but are happy that Macron didn't win. He was very misogynistic, replacing Madame Loiseau's face with his own on the campaign posters. He was far from French gallantry… Another thing I want to emphasise is that I don't understand the term "rally" that is used in the new name of the National Front. Who does it bring together? The patriots? Those who love their country? But we love our country too.

Sputnik: Nabil Azergui, your list leader, has always defended any form of communitarianism. However, in the aftermath of the elections, he thanked his constituents for having "come to express, by their vote, a growing anger against the ostracism of Muslims throughout Europe". Is the UDMF a party for Muslims or for everyone?

Bassam Tahhan: Denouncing a real stigma is not communitarianism. In France, some strong minorities are stigmatised and are subjects to false accusations. Just look at what was written about the UDMF. As soon as the term "Muslim" was seen, extremists of all stripes sparked an outcry and denounced what they call communitarianism. They are much less indignant about the Christian Democratic Party. Christian Democracy has led several European countries and the CDU is still in the government of Germany.

Sputnik: But Europe is a Christian land…

Bassam Tahhan: It's quite normal to say that Europe is Judeo-Christian. But this statement is dangerous because it excludes Muslims. As an Islamist, I recall that Islam has Judeo-Christian roots. If one understands this expression as having something to do with the sacred Jewish and Christian texts, then I emphasise that Abraham, Moses, Joseph, Jesus, Mary or Noah are all quoted by the Koran.

But by recalling each time the Judeo-Christian roots of Europe, we make Muslims intruders. I also underline the contribution of the Muslim civilisations to the development of Europe. However, we sometimes prefer to speak of Persian, Syriac, Turkish or Byzantine culture. Today, the mere fact of saying "Islam" or "Muslim" sparks huge controversy, and accusations that we're "anti-democratic" are made. I recall that in the Koran, the Ash-Shura is a direct reference to democracy.

© REUTERS / Jon Nazca
Is it Possible to Change EU Policy After the Elections?
Sputnik: In Jouè-Les-Tours, Nabil Azergui promised "the great replacement in the elections". Do you realise that the UDMF can fuel concerns among the population?

Bassam Tahhan: Every time someone talks about the UDMF, it's just to scare. I have the impression that certain media have used us to scare the voters and push them to vote by playing on islamophobia. The vast majority of articles that have been written about us don't mention the multi-denominational nature of our list with Christians like myself, Armenians, atheists, etc.

Sputnik: The UDMF has achieved good scores in some neighbourhoods in the suburbs of Paris. Sometimes you even were on a par with traditional parties. Is that a good omen for the municipal elections?

Bassam Tahhan: Yes. In any case, we won't give up. Our goal is to involve the economically disadvantaged in the political game. In this, we join the Yellow Vests. We don't trust traditional parties. Almost all their managers are involved in various issues. Small parties are less "rotten". UDMF is a small party. Hopefully, we'll have time to reform France before we get corrupted (laughs).

Is it Possible to Change EU Policy After the Elections?