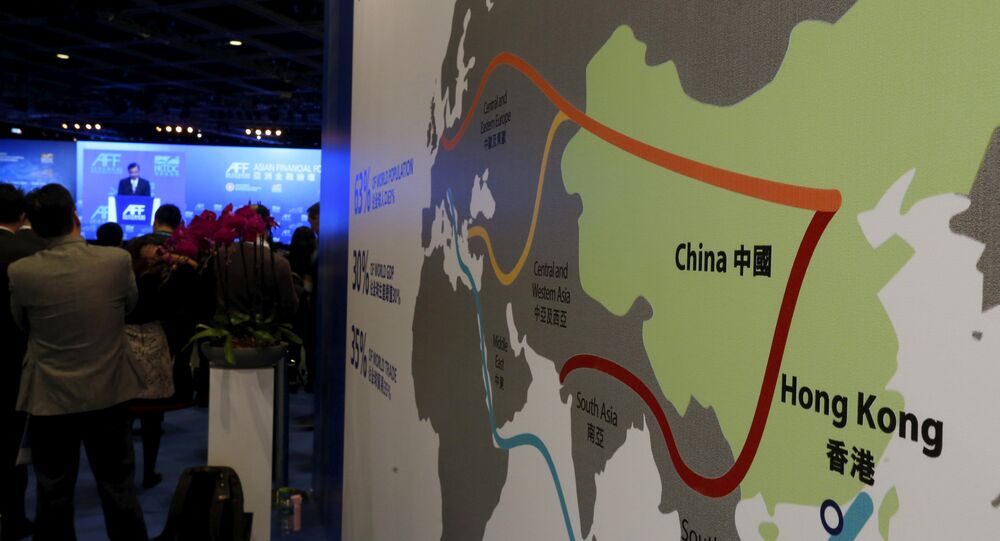 Is Latin America Already Part of the New Silk Road?

Hamilton Mourao, Brazil’s vice president, who represents the moderate wing in President Jair Bolsonaro’s government, is currently in China on a five-day visit. The purpose of his trip is to improve relations with Chinese partners and attract investment to Brazil, especially after Bolsonaro’s anti-China rhetoric.

Mourao will chair a plenary session of the Chinese-Brazilian High-Level Cooperation Commission (COSBAN), and will also convey a message from the Brazilian president to the Chinese president. The visit will wrap up on May 24.

© Sputnik
China Offers 'Win-Win Cooperation' to Participants of 'New Silk Road' Project
Tulio Cariello, a professor of international relations and member of the China-Brazil Business Council said Mourao's visit to China is a positive development, especially in light of the resumption of work of the China-Brazil High-Level Coordination and Cooperation Committee (Cosban) that was suspended in 2015. According to the expert, now is the right time to discuss issues regarding bilateral relations, such as, for example, access to certain Chinese markets and smoothing out possible misunderstandings caused by Bolsonaro's attitude towards Beijing during his election campaign.

"Chinese investment in Brazil, based on our assumptions and monitoring, has already reached $60 billion, which is, undoubtedly, a great centre for attracting Chinese investment into Latin America", said Tulio Cariello said, stressing that he thinks that this interest will be maintained, despite a significant decrease recorded last year.

In a recent interview with the Brazilian outlet OUL, Chinese Ambassador to Brazil Yang Wanming said that Brazil "has all the conditions in place to become an important participant in expanding the New Silk Road on the continent, because China-Brazil cooperation has a strong foundation and great potential".

According to the professor, despite the fact that the New Silk Road initiative has been primarily focused on Eurasia and Africa, it extends to other regions, even if unofficially.

"We are witnessing that Chinese investments in Latin America are generally in line with the New Silk Road project. So I think that, after all, the official entry of, let's say, Latin American countries into this project stops being something from the field of rhetoric, because in practice this happens in one form or another. Chinese investments aimed at the development of the New Silk Road are already present all over the world, regardless of whether they are part of the original project", Cariello explained.

© REUTERS / Ueslei Marcelino
Just Business: Brazil Cuts Flow of Money to Venezuela
The professor believes that a meeting with Xi Jinping, which may happen either during Bolsonaro's visit to China (presumably in the second half of 2019), or during a BRICS summit, slated to be held in Brazil this year, can help smooth out any bad impressions and get rid of misunderstandings that previously occurred.

Tulio Cariello also believes that the interest of Chinese investors due to their pragmatism will generally correlate with the possibilities of the Brazilian market. The expert, however, noted that Chinese investors look to Brazil as an attractive country for their investments and the interest in Brazil is "genuine".

The views and opinions expressed by Tulio Cariello are those of the expert and do not necessarily reflect those of Sputnik.