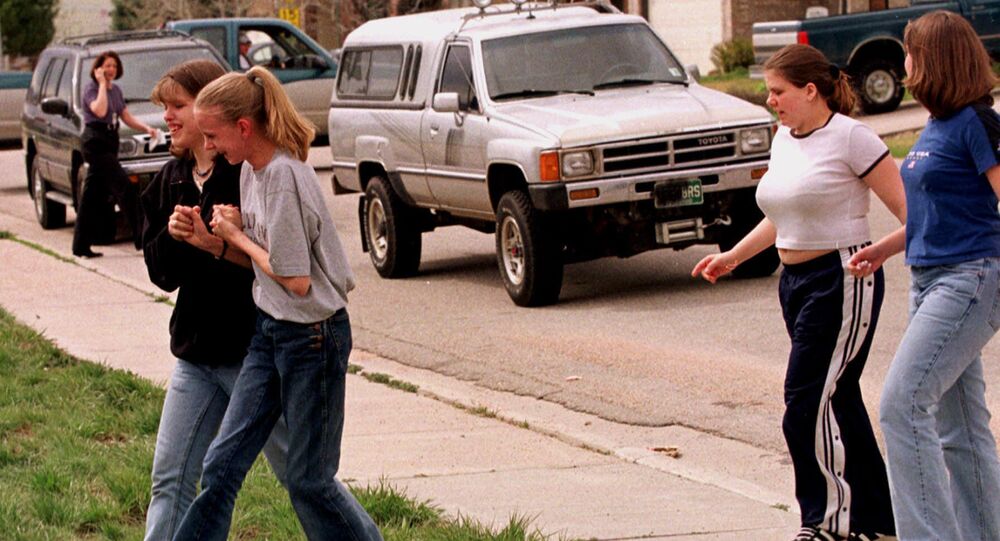 Sputnik talked to Jaclyn Schildkraut, associate professor of Criminal Justice at the State University of New York at Oswego and an expert on mass shootings, discussing how the massacre at Columbine High School in 1999, which shocked the US and the world, impacted the nation.

Columbine High School seniors Eric Harris and Dylan Klebold entered the premises of their Colorado school on 20 April 1999 at around 11:00 am, planting several makeshift bombs at different locations and then opening fire on both students and teachers.

Sputnik: It is 20 years today since the Columbine massacre — one of the most terrible school shootings America had ever seen. Now this tragedy is not even among the ten worst mass shootings in modern US history. What has changed during these years?

Jaclyn Schildkraut: I would caution with calling something the worst mass shooting, as it provides a threshold for another like-minded individual to try and surpass. That being said, killers certainly have gotten more proficient, in some ways, since Columbine — in part because they tend to study those who came before and learn how they can "improve". While there have been more lethal mass shootings, there also have been plenty (the actual number remains untold) of shootings that were stopped before they happened and of those that have occurred, we have seen some with a reduced lethality because of advancements in law enforcement and medical practices.

Sputnik: Is the aftermath of Columbine still felt today? How did the mass shooting change the way Americans go to school?

© CC0
Schools in US City of Denver Close Over Mass Shooting Fears – Reports
Jaclyn Schildkraut: The aftermath absolutely is still felt today. Columbine largely wrote the script for how Americans think about mass public shootings. It changed many things and many lessons were learned that day to try and prevent another tragedy. Columbine changed how kids go to school today in many ways, the least of which is active shooter drills. As someone who graduated the year before Columbine happened, I never had to go through an active shooter drill. Kids today will never know a life without them.

Sputnik: 20 years ago many promises were given by political and community leaders, state officials, and so on. Were any of them kept?

Jaclyn Schildkraut: In respect to the gun control/gun rights debate in the US, it is a very polarised issue that is talked about largely in absolutes (all guns or no guns). Given that, very little movement has been made in either direction. That being said, we have seen successful advocacy in other areas related to mass shootings, including mental health, threat assessment, and survivor resources that have had more successes.

Sputnik: What do you think influences the situation nowadays?

Jaclyn Schildkraut: What influences mass shooters, at least in part, is the level of media attention these types of cases garner. It is disproportional to their actual occurrence in the US without adequate context. What is more problematic, however, is that the coverage largely focuses on the shooters. There needs to be a shift towards a No Notoriety protocol that limits (not completely blacks out) the use of the shooters' names and images. Continuing to glorify them rewards them for killing a lot of people, it incentivises other like-minded individuals who seek fame and attention, and it can traumatise communities (or re-traumatise individuals from other communities). The facts of the case (who, what, when, where, why, and how) can still be shared by the media without using their name  — "the perpetrator" is the same two words as someone's first and last name, but takes away the identity and the credit they are seeking.