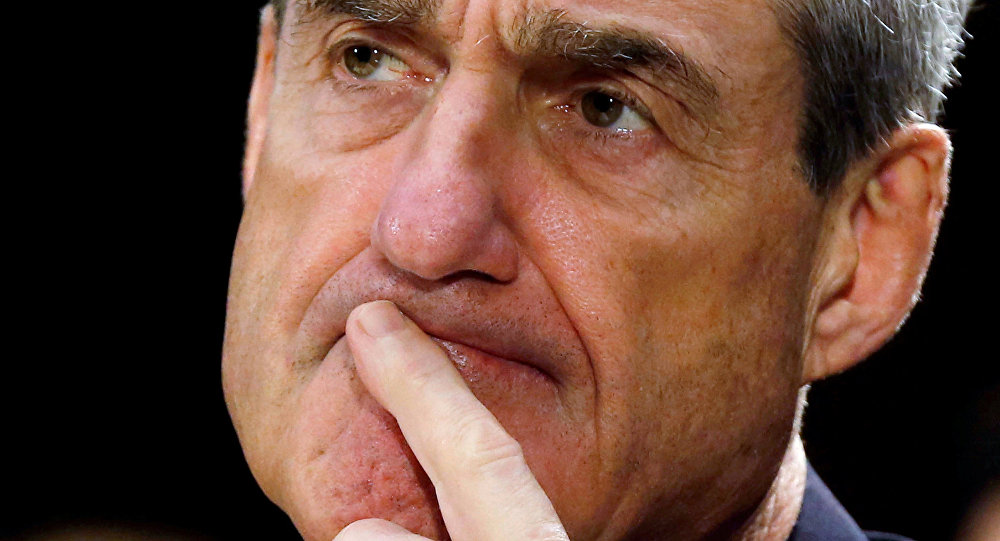 Sputnik: What kind of reaction do you expect from the Democratic Party and other anti-Trump activists? Do you think they will continue to use the so-called "Russia collision" as a main talking point? 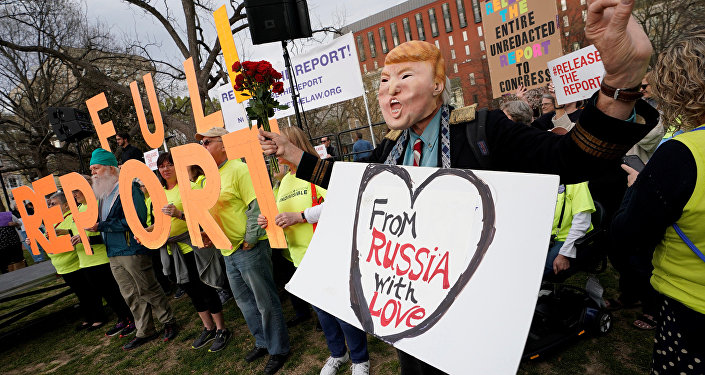 © REUTERS / Yuri Gripas
Divided They Stand: 'No Collusion' Summary of Mueller's Report Polarizes Social Media
Chadwick Moore: For the next couple days they're going to question Attorney General Barr's integrity. They're going to claim he's compromised, or a stooge for the President. They will focus on the fact portions of the report are redacted, even though this was legally required. They'll press on how Russia did, in fact, interfere in the election because of the Russian social media trolls thereby making the entire investigation legitimate and worthwhile.

This, of course, is patently ridiculous, but they'll scramble for any talking point to deflect the fact they wasted two years and tens of millions of dollars on an attempted coup of the democratically elected President. These people are so predictable and their shameless lies and corruption know no bounds. Then, just like last month, with help from the Fake News the Democratic party will quickly shift the narrative, anticipating the American people will forget this whole thing ever happened. They've already come up with a new conspiracy theory to replace Russia Collusion, it's Trump's Taxes (again). We saw them unroll this immediately after the March 24 announcement that there was no collusion.

Sputnik: After Mueller concluded that no one from the Trump campaign tried to conspire with Russian authorities, could we witness a presidential pardon for General Flynn or Roger Stone?

Chadwick Moore: He's the President. He can pardon anyone. He definitely should pardon Roger Stone, who is accused of meaningless process crimes totally unrelated to collusion or obstruction, and whose life is being destroyed because investigators couldn't find anything on Trump. This is intended to send a message: Don't work for or be loyal to Trump or people like Trump, or we can steal your savings, take your home, ruin your career and essentially end your life. Roger Stone is being punished for his fidelity to Trump. As for General Flynn, he has admitted his mistakes and expressed deep regret. He's also been extraordinary cooperative and a key witness for the Mueller investigation. He, too, has had his life ruined by this hoax. A pardon of both these men would be both wise and moral. 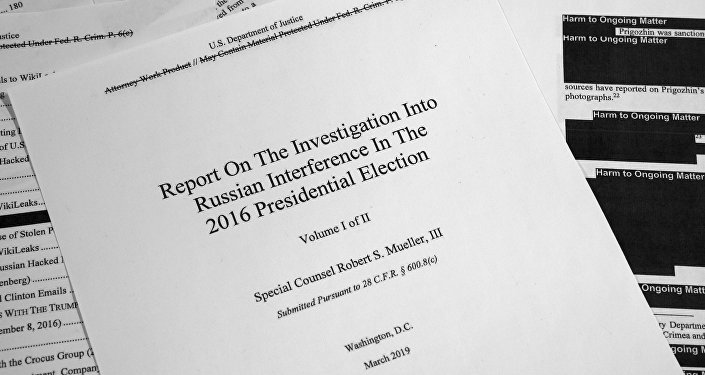 Sputnik: How big a role do you think the mainstream media played in spreading the "Russia collusion" story? Do you think they will face any consequences?

Chadwick Moore: We don't have journalists in America anymore. We have Democrat party propagandists and corporate shills and this cannot be more evident than in how the media handled this hoax for the last two years. They intentionally stoked fear, division and panic. A great segment of the population knew from day one this was a politically motivated stunt orchestrated to cripple and delegitimize Trump's presidency, as well as distract from the very real crimes of the Democrats in 2016.

I'd wager a great number of journalists knew this as well, instead they chose to lie to their audiences and toy with the emotions of Trump Derangement Syndrome sufferers, giving Hillary-voters a daily sliver of hope that the Bad Orange Man might be impeached. They did not do their jobs, but they haven't been doing their jobs for decades, so we shouldn't be surprised. They are already facing consequences for their unforgivable behavior. After the March 24 report of no collusion, MSNBC's ratings plummeted by double-digits, which tells you everything you need to know about why they pushed this hoax for so long and so relentlessly. Truth be damned, it was good for business.

Sputnik: Do you think today's report will finally silence the accusers? Could Democrats in House of Representatives demand testimony from Mueller?

Chadwick Moore: They succeeded in stoking fear and discord, and distracting from their own crimes, so, in a way, they succeeded. Now the party is over and I believe they'll just want the whole business to quietly go away. They'd be very stupid to demand testimony from Mueller, but they certainly could. It would be a great boost to Trump's 2020 campaign.