BRUSSELS (Sputnik) - Italian Deputy Prime Minister Matteo Salvini of the governing Lega party will hold a meeting on Monday of right-wing EU parties with the aim of creating a eurosceptic alliance before this May’s elections to the European parliament.

Italian media reported that eurosceptic parties from 20 countries were invited to the gathering in a Milan hotel. The organizers are careful not to give away details since some are still hesitant and mutual exclusions are not ruled out. Further details are expected this weekend, if at all.

Salvini has solid experience in Europe. He knows the functioning of the European Parliament inside out, having served there since 2004. He joined Lega Nord of Umberto Bossi in 1990 and rose through the ranks to become the uncontested leader of the party, which has abandoned its "Northern Italian" approach and addresses itself to all Italians.

With 47 days until the European elections, the flamboyant Milanese will try to position himself as a natural leader for the Eurosceptic forces in Europe. 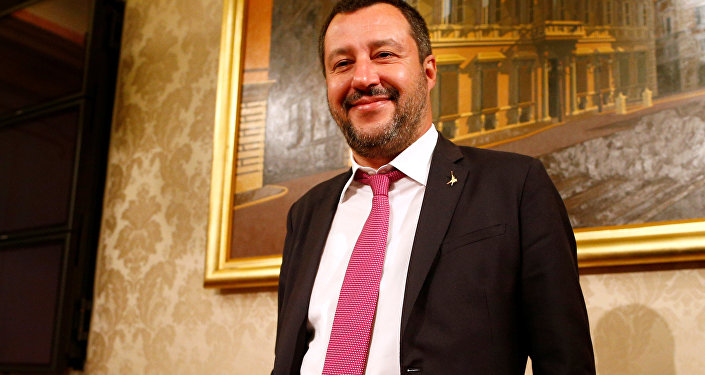 © REUTERS / Yara Nardi
EXCLUSIVE: 'My Only Purpose Is to Save Europe' – Salvini to Sputnik
Lega’s political manifesto ahead of the European elections "underlines and reaffirms common Christian roots, defends national identity and the supremacy of the Italian constitution over European laws and directives". Lega, and its coalition partner, the Five Star Movement, also strongly oppose massive immigration, European integration and the austerity policies imposed since the 2008 financial crisis.

Euroskeptics are also in power in Hungary, Austria and Poland but they are also riding high in several countries, including France, Germany, the Netherlands, and are predicted to make significant advances in May’s elections. In Spain, the new right-wing VOX party will enter parliament for the first time.

Their difficulty at European level will be to present a united front. Most are new and are not especially keen on making concessions.

For the countries of the group of Visegrad Four group — the Czech Republic, Hungary, Poland and Slovakia — there should not be any problem to be there, although there are significant differences between them and Italy.

Salvini tried to iron out any problem with Poland. Last year, he met Jaroslaw Kaczynski, the head of the Law and Justice party in Warsaw, and spoke of the concept of a "European spring" to replace the "Germany-France axis" that still dominates the continent.

Salvini tweeted on Friday he took time to see his ally, Marine Le Pen, of the National Rally party, to discuss the alliance on the sidelines of the EU interior ministers’ meeting in Paris. She cannot attend the meeting in Milan but will be represented. 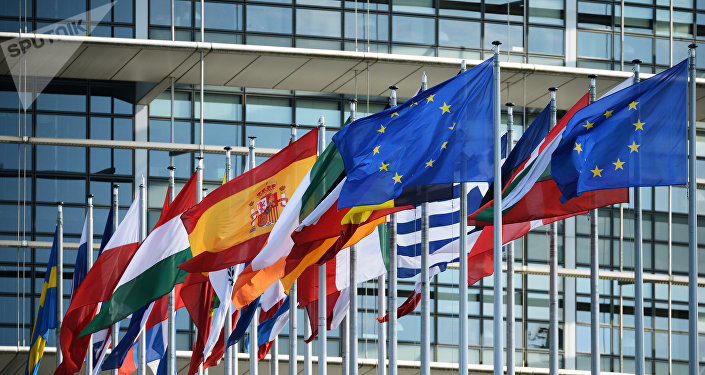 © Sputnik / Alexey Vitvitsky
'EU Policy as a Whole is Turning to the Right' - Political Commentator
Marine Le Pen’s parliamentary group, Europe of Nations and Freedom, currently has 36 seats in the 751-member European parliament. It is the smallest group in the hemicycle. There have been discussions with the group of UKIP and others, Europe of Freedom and Democracy (EFD), which has 34 members. They vote often together but several right parties in the EFD consider the image of ENF as too extreme to merge the two groups.

Tough Choices to be Made

Filip Dewinter (VB), a Belgian lawmaker from the Flemish nationalist Vlaams Belang party in the Europe of Freedom and Democracy Alliance, confirmed to Sputnik that VB will come to Milan.

"We will, of course, attend this meeting on Monday in Milan… Parties will be selected by Salvini upon their programs of course, but there will be many more parties, with the same ideas, outside the Alliance, because of national issues or existence of other parties at the national level that are already part of the present alliance", he said.

Dewinter predicted that choices would have to be made between parties that have opposite programs.

"For the Netherlands for example, the fact that Geert Wilders and his PVV party are a member makes it difficult if not impossible to have Thierry Baudet and his Forum for Democracy (FVD) on board. It is a pity, both parties have programs that we can support but exclude each other", he said.

He emphasised that the presently dominant parties in the European Parliament do not represent the European Union's interests, including in its relations with Russia.

"We are sure of one thing: we are winners in less than a month! Salvini is right to begin organizing the right", Dewinter concluded.

The Alternative for Germany (AfD), which is now the second most popular in the country, will attend the Milan gathering, its co-leader, Joerg Meuthen, has confirmed to Sputnik.

"We will be present in Milan on Monday for the meeting organized by Lega and are very positive to their will of organizing an alliance of the Right parties in Europe. We believe in national self-responsibility instead of the European blurring of responsibilities", he said.

He argued that EU binding budget rules had never applied to countries such as France where President Emmanuel Macron and his predecessors never respected the deficit rules, proving that the European Commission is "a toothless tiger," in Meuthen’s own words.

"By his independent moves from Brussels, Salvini teaches the establishment that Italy is a sovereign state. As such, Italy is responsible for its budgetary policy. Of course, Italy must shoulder the consequences that come with it. Europe can only function as Europe of the Fatherlands," he stressed.

Meuthen said the AfD had spoken out against all bailouts of national governments since the beginning of the 2008 crisis and promised to continue to do so in the future.