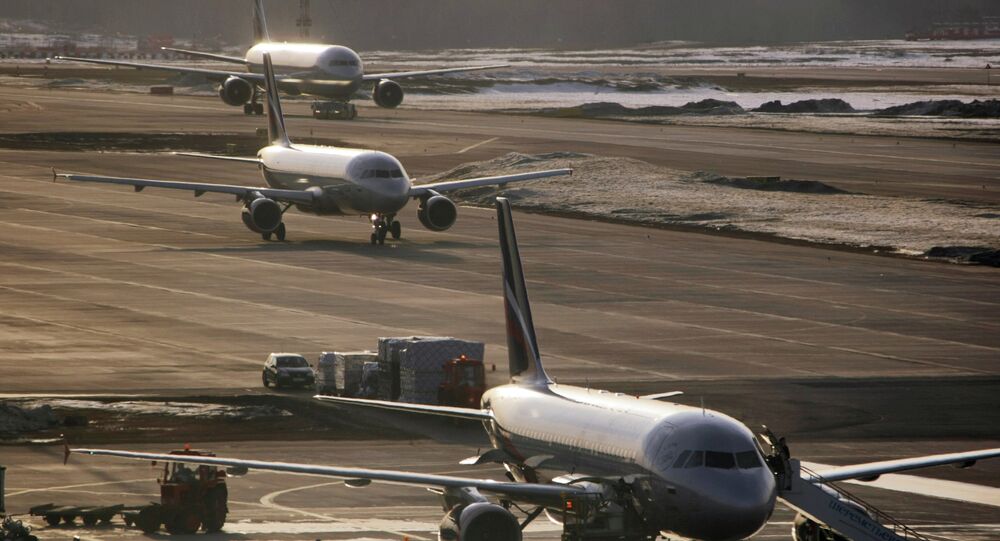 Officials investigating a Boeing 737 MAX crash in Ethiopia that killed 157 people have reportedly reached a preliminary conclusion that a stall-prevention feature was automatically activated before the aircraft hit the ground.

The preliminary findings were based on a data retrieved from the black boxes that were aboard the Ethiopian Airlines flight, The Wall Street Journal has reported. Boeing has announced a fix for its Maneuvering Characteristics Augmentation System (MCAS), software designed to help prevent the 737 Max 8 from stalling, which may be linked to the crash of both the Ethiopian Airlines flight and the crash of Lion Air flight last October.

Meanwhile, the Bank of America Merrill Lynch said in its recent bulletin for investors that the US-based aircraft manufacturer Boeing could lose $2.4 billion in 2019 due to the deadly consequences of two of its 737 MAX aircraft crashing over the span of just five months. According to the Bank of America Merrill Lynch, because of the 737 MAX accidents, its direct competitor, Airbus Neo, could be sold at a big premium.

Sputnik has discussed the issue with Dr. Kyriakos Kourousis, a senior academic in airworthiness at the University of Limerick in Ireland.

© REUTERS / Abhirup Roy
Probe into Ethiopian Boeing 737 MAX Crash Shows Anti-Stall System Was Active - Reports
Sputnik: The crash of Ethiopian Airlines Flight 302 is the second major catastrophe involving a Boeing 737 MAX (not including other crashes involving other 737 model planes) lately. Earlier this month, Boeing had to ground the US Air Force KC-46 tankers for a week after the military branch said that it had found foreign objects inside the completed airplanes. Given this, can we talk about problems not only in Boeing’s civilian, but also in its military branch? If so, how serious are these problems?

Two different investigation bodies, two different authorities are involved in these. It is expected to take some time before the facts are compiled, analyzed and coherent conclusions are drawn. The process is usually slow and in this case, I believe it’s going to be slower, due to potential legal implications.

As such, at this point, we can’t talk about problems but potential issues that affect the technical and operational airworthiness of the B737MAX fleet, yet to be confirmed. Now on the second part of the question, on potential problems on the military branch of Boeing’s business.

© CC BY-SA 2.0 / Javier Rodríguez / Spanish Hornet
Journo: Boeing 737 MAX Safety Issue Doesn't Affect Company's Military Products
The report on USAF’s KC-46 findings post-maintenance identifies only a singular event. A deeper examination would be necessary for anyone wishing to look at these issues and their possible connection with broader issues at Boeing Defense, Space &amp; Security. However, it is certain to say that the B737MAX case is unrelated.

Sputnik: According to the Seattle Times, in 2015, during the certification of the Boeing 737 MAX, the Federal Aviation Administration passed conducting a safety assessment of the new aircraft on to Boeing itself. How justified is the FAA&#39;s decision to delegate safety verification responsibilities to the manufacturer?

Kyriakos Kourousis: The evidence used during the certification of any aircraft, such as analyses, calculations, test results, etc, are produced by the manufacturer.

This evidence is then furnished to the regulating authorities (such as FAA and EASA) towards checking for compliance against the applicable safety regulations.

As such, it is not a matter of delegation of responsibilities but a process we expect to see in any aircraft certification exercise, according to the provisions of the civil aviation regulations.

Sputnik: According to the security engineers mentioned in the Seattle Times article, the analysis of 737 MAX safety included significant flaws. In your opinion, did Boeing really ignore safety requirements?

Kyriakos Kourousis: This remains to be examined by the authorities controlling the operation of the FAA, if these claims are
indeed credible and warrant an investigation.

© REUTERS / Joshua Roberts
Boeing Software Update Deals With 737 MAX Safety Concerns - United Airlines Vice President
As mentioned, the B737MAX case is not an easy case and as the technical investigations progress new information and evidence may become available, while currently ‘leaked’ information may as well be disregarded later on.

Patience is important, especially for the media correspondents, as there is a great deal of unverified information circulating the web, doing a disservice to the aviation industry.

Kyriakos Kourousis: Boeing, as a major aircraft manufacturer, has long standing expertise and experience in civil and military aviation. I would not expect the B737MAX situation, especially at this stage, to affect either directly or indirectly the military contracts.

Each program, such as the ones mentioned here, is subject to an independent design and certification process.

All issues affecting airworthiness during the program lifespan are systematically identified, analyzed and mitigated according to the applicable safety standards and regulations.

© AP Photo / Matt Hartman
Boeing 737 Max Makes Emergency Landing at Florida Airport - FAA
Sputnik: There is an opinion that Boeing has been in the direct competition with Airbus A320, which lead to some flaws in 737 Max model. How true is this opinion? If so, what technical flaws could arise during such race?

Kyriakos Kourousis: The B737MAX is indeed a market competitor of the A321LR (long range variant). Typically we see that kind of competition between various Boeing and Airbus models.

Competition between these two major civil aircraft manufacturers is a positive thing to have in the aviation industry. It drives better technology, cost efficiencies, etc. Having said that, shortcuts for the sake of competition in safety certification is not something we expect or have seen before and that’s something that the aviation industry is proud of.

Therefore, the expressed opinion/view that technical flaws can or have been be covered up needs to be substantiated before any serious discussion can take place. I am very skeptical of such claims made, especially at this stage.

Sputnik: How do you assess the level and experience of pilots flying for Boeing? Are there any
shortcomings in the learning process?

Therefore, pilots flying Boeing, Airbus, etc commercial aircraft undergo rigorous training and assessment of their knowledge and skills. As part of this system, any shortfalls (either in theoretical or practical aspects) are quickly identified and addressed.

That’s the general situation. Whether there are particular issues in the case of the B737MAX, these, again, will be the subject of the in-progress technical investigations by the various entities involved.

Views and opinions expressed in this article are those of Kyriakos Kourousis and do not necessarily reflect those of Sputnik.