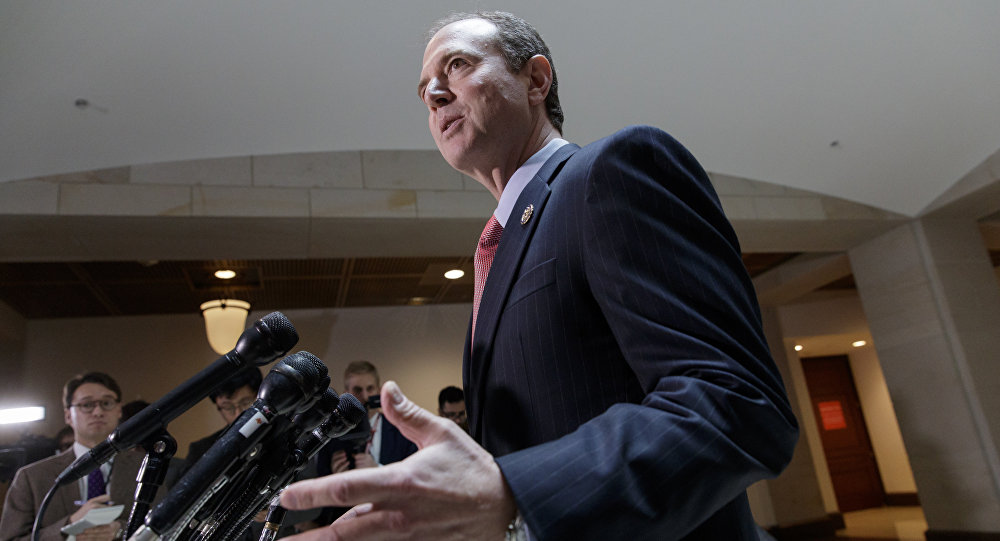 US Rep. Adam Schiff (D-CA) has continued to push a tale of collusion between the Trump campaign and Russian actors without taking into consideration the truth or facts of the matter, journalist and author Daniel Lazare told Sputnik.

"It's been utterly outrageous," Lazare told Radio Sputnik's Loud & Clear on Thursday. "He has pounded the story into the ground with no regard for the truth whatsoever."

"Back in March 2017, when the House Intelligence Committee had its first hearing on Russiagate, Schiff devoted roughly 15 or 20 minutes to a point by point recitation of the Steele dossier. Everything from the golden showers to Cohen's secret rendezvous in Prague to Trump cavorting with prostitutes on another occasion… and there's just no concern for the truth," he continued.

"Truth is irrelevant, it's whatever will get him campaign donations, whatever gets him airtime on CNN. It's a complete outrage."

© AP Photo / Carolyn Kaster, File
Rep. Adam Schiff 'Willing' to Review New Documents on Trump Wiretapping
A letter signed by all Republican members of the committee and read by Rep. Mike Conaway states that Schiff has been "at the center of a well-orchestrated media campaign claiming, among other things, the Trump campaign colluded with the Russian government."

"The findings of the Special Counsel conclusively refute your past and present assertions and have exposed you as having abused your position to knowingly promote false information, having damaged the integrity of this Committee, and undermined faith in US government institutions," the letter added.

Schiff responded to the sudden turn of events by raising a list of questionable interactions between Trump campaign officials and Russian actors. "My colleagues may think it is OK that the president's son was offered dirt as part of an effort to help Trump… You might think it is OK. I don't," the US lawmaker said, occasionally pausing for dramatic effect.

The call for Schiff's resignation comes just one day after US Sen. Rand Paul fired off a tweet revealing that a "high-level source" informed him that "it was [former CIA Director John] Brennan who insisted that the unverified and fake Steele dossier be included in the Intelligence report."

Paul went on to call for Brennan to testify under oath before Congress about his involvement in pushing the dossier, which helped to kick off special counsel Robert Mueller's investigation into alleged collusion.

Lazare told host Brian Becker that it's "imperative" that Brennan be required to testify under oath in order to better understand just how Washington became enveloped in the collusion investigation.

"It's absolutely imperative that we figure out how this happened," Lazare stressed. "[We need to] get to the bottom of it and expose those who were guilty in this whole misadventure."