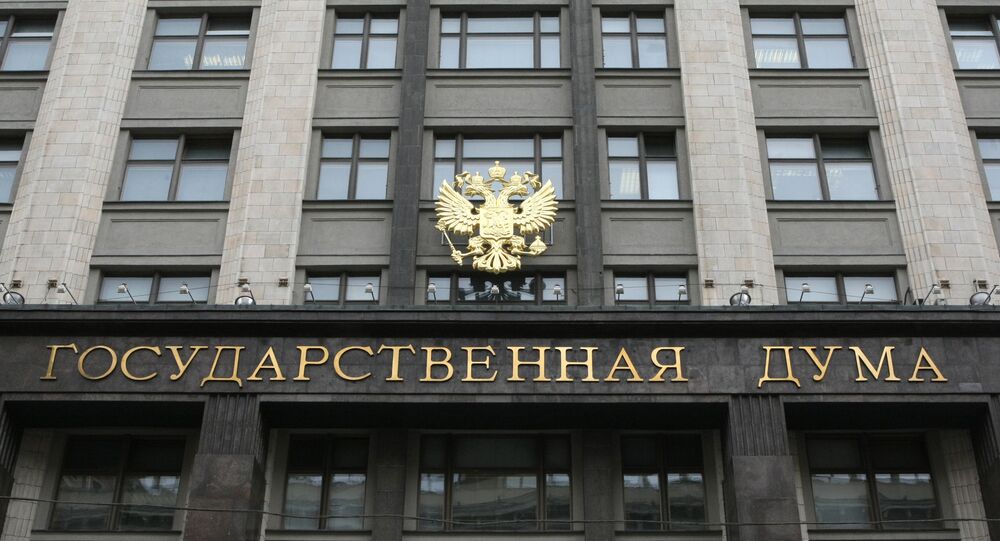 MOSCOW (Sputnik) - A recent statement by US President Donald Trump, who assumed that all options are open to making Russia leave Venezuela, was made in a spirit of "colonial approach", Leonid Slutsky said on Wednesday, adding that Trump had no right to dictate Moscow and Caracas how to build bilateral relations.

"[It was] a wild statement in the spirit of colonial approach. Trump can dictate neither to Venezuela, nor to Russia how to build bilateral relations, where, in which industries and on which territory to cooperate", Russian State Parliament (State Duma) International Affairs Committee Chairman Slutsky told reporters.

READ MORE: Sanctions Against Iran and Venezuela Made US Leader in Oil Production – Expert

According to the Russian lawmaker, the threats to use "all options" to force Russia to leave Venezuela are "especially outrageous".

"The United States is again trying to impose its will by using force and by ignoring the law. And I agree with my colleagues: Washington should first show how it is 'to leave' by fulfilling its promises in Syria", he added.

© AFP 2020 / Cristian HERNANDEZ
All Options On Table When It Comes to Getting Russia Out of Venezuela - Trump
Trump said at a meeting in the White House earlier on Wednesday that "Russia has to get out" of Venezuela. When asked how it may be done, he added that "all options are open".

Venezuela has been suffering from a severe political crisis since January, when the leader of the country's opposition, Juan Guaido, illegally proclaimed himself interim president, contesting the re-election of Venezuelan President Nicolas Maduro last year.

The self-proclaimed interim president immediately received support on the part of the United States, which has also denounced Maduro's re-election, along with some of its allies. China, Cuba, Russia and a number of other countries have endorsed constitutionally elected Maduro as Venezuela's only legitimate president.

READ MORE: Venezuela-Russian Meeting to Be Held in April, 20 Accords to Be Signed — Maduro