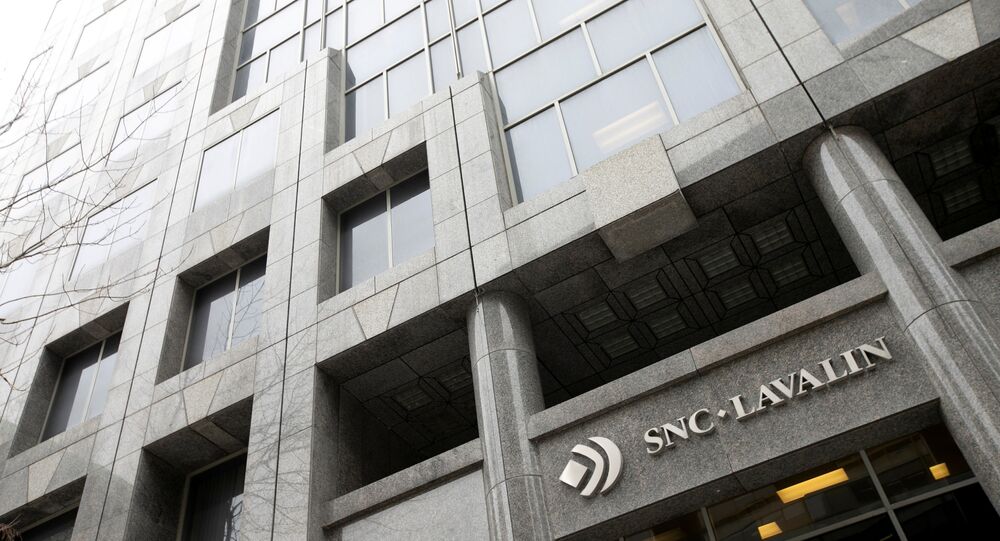 According to Canadian media, among other accusations, SNC-Lavalin is under investigation into alleged payments of nearly $48 million to public officials in Libya between 2001-2011 to influence local government decisions.

Canada's opposition leader, heading the Conservative Party, Andrew Scheer called on Canadian Prime Minister Justin Trudeau to resign. The scandal around the Trudeau administration has resulted in an uproar among lawmakers who held emergency debates on the situation late Thursday.

© AP Photo / Evan Vucci
Canadian PM Trudeau Rejects Calls to Resign Over SNC-Lavalin Case
The prime minister denied allegations against him, saying that he sought to protect jobs and acted with respect to Canada's laws and institutions. Canada's Foreign Minister Chrystia Freeland has supported Trudeau, saying that the prime minister would "never apply improper pressure" on an attorney general.

Sputnik has discussed the issue with Nelson Wiseman, a political science professor at the University of Toronto.

Sputnik: What do you make of the way the way the Trudeau administration’s responded to the situation?

Nelson Wiseman: The Trudeau administration made the error of not being open and transparent about why they did not want a criminal trial against SNC-Lavalin to proceed. What the Liberals want to do is perfectly legal, but they thought the optics about being transparent would hurt them.

They were right. However, subsequent events including Trudeau’s evasive and narrow legalistic pronouncements and the resignation of the minister previously responsible for the SNC-Lavalin file made him look even worse in much of the public’s mind.

Sputnik: The scandal was followed by the resignation of his adviser Gerald Butts. How much impact did this development have on the situation in general?

© REUTERS / Remo Casilli
Author on SNC-Lavalin Scandal: Whole Affair Raises Question of Corruption in Canada
Nelson Wiseman: Butts hoped that his resignation would help the government, but the resignation has not made much difference. Indeed, it suggested malfeasance on his part although he denies it.

He says he did nothing wrong but that his continued presence working for the prime minister would be a distraction from the government’s agenda.

Sputnik: Trudeau has been touted as a ‘progressive’ Prime Minister and has long received positive coverage in mainstream media. What impact could the recent allegations have on his image and his credibility?

Nelson Wiseman: His image and credibility have been shaken.

Sputnik: What consequences can this issue have on the upcoming elections in Canada?

Nelson Wiseman: There is no upside for Trudeau and the Liberal government in this affair. However, the election is still months and months away and there will be a number of factors influencing how people vote, this affair being just one.

Views and opinions expressed in this article are those of Nelson Wiseman and do not necessarily reflect those of Sputnik.