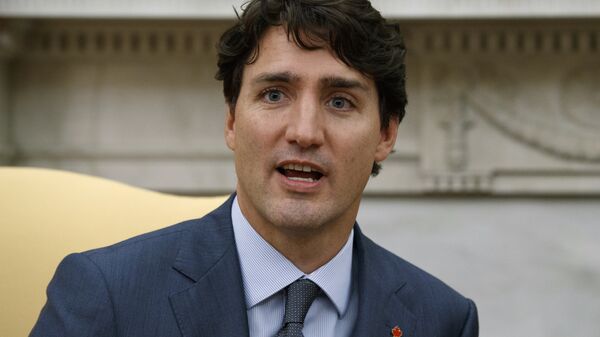 Canadian Prime Minister Justin Trudeau said that he "definitely does not agree" with the testimony of Former attorney general Jody Wilson-Raybould that she faced "constant pressure" and "hidden threats" from his office, compelling her to help the Montreal engineering company SNC-Lavalin avoid a criminal trial, reports GlobalNews.

Eight top managers of SNC-Lavalin are accused of bribing foreign officials. The case was initiated by the Royal Canadian Mounted Police in 2012. The main point of accusation is that the company bribed Libyan officials with the aim of obtaining multi-billion dollar contracts.

Trudeau Insists Health Impact on Canadian Diplomats in Cuba Are Visible and Real
While talking to journalists in Montreal, Trudeau, who is the leader of the ruling Liberal Party of Canada, made it clear that he would not resign, despite demands from the opposition. He added that he would carefully read the allegations of the former Prosecutor General that numerous officials from his administration tried to force her to intervene to help the Montreal firm avoid criminal proceedings.

According to Wilson-Raybould's testimony, cited by AP, she asked Trudeau if he was politically interfering with her role as attorney general and told him she would strongly advise against it.

The Canadian engineering giant SNC-Lavalin is facing accusations that its former executives paid millions of dollars in bribes to win contracts in Libya under Muammar Gaddafi's rule, which collapsed in 2011. In particular, the company is accused of paying nearly $48 million to public officials in Libya between 2001 and 2011 to influence government decisions.