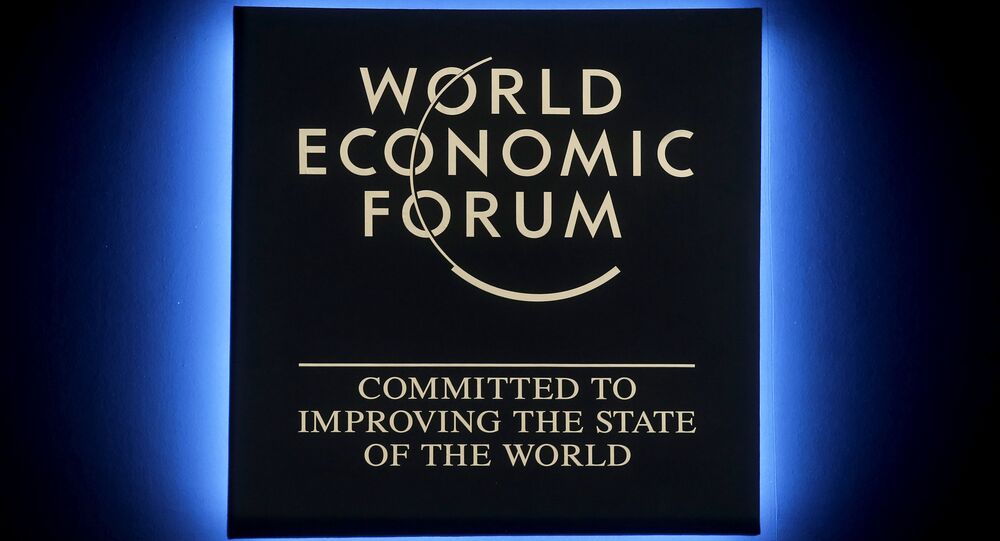 DAVOS Forum 'Could've Been Chance for US, China to Talk Over Discord' – Scholar

Global leaders and major public figures are gathering in the Swiss resort of Davos to attend the annual World Economic Forum. This year's forum has welcomed over 3,000 participants and will host some 350 sessions.

Radio Sputnik has discussed the absence of the US delegation at the forum and its impact on US-China talks with Sunil S. Poshakwale, professor of international finance at the Cranfield School of Management at Cranfield University, UK.

Sputnik: The Davos forum is marked by the absence of a US delegation at a time when the China-US trade dispute is on hold. How much does this crumble the hopes of a breakthrough in Chinese-US trade differences?

Prof Sunil S. Poshakwale: Oh, it is a real shame. This was a great opportunity I thought for both the US and China to talk over their differences. But as you know, President Donald Trump cancelled his delegation’s trip to the World Forum, citing partial government shutdown as the reason. Having said that, this is pretty important, because the World Economic Forum (WEF) is faced with challenges of rising inequality,  protectionism, and national politics. So this, all together, could sleepwalk the global economy into another crisis. But having said that, I do think that they will talk and there have already been some talks going on between the delegations and hopefully there will be another opportunity at the earliest when they will talk over what they need to do about overcoming this almost deadlock, an impasse or whether the sanctions or tariffs on each other’s goods and services

Sputnik: The forum comes when China is reporting an economic slowdown. What has prompted this?

Prof Sunil S. Poshakwale: Well, I think there are three or four main reasons for this: the first is that the Chinese economic growth has excessively relied on promoting exports and investing in real estate, in real investment infrastructure. Unfortunately, at this point in time, both sectors are suffering and it has been transitioning from export investment-led growth to more sustainable domestic growth, which is what it has been trying to do. However, the Chinese rely a great deal on their exports for their growth and at this point in time, there is neither market space nor a political will to allow it to continue to expand its exports at the same pace as it has done before. Many people say [that] in this respect, China doesn’t have many friends. The second is that the deflation of the real estate bubble is one of the major causes of economic slowdown.

This has led to a slowdown in the light sector, such as steel, cement, glass, and construction equipment and that these light [sector industries] also provide significant employment to the Chinese population. The third is the global slowdown; manufacturing in China contributes nearly 60 percent to the Chinese GDP, for example, and almost all of it is for exports. But the slowdown in the European Union, and of course, the current impasse that is going on with Brexit, as we all know, and the crisis that Italy is facing currently in terms of trying to pass its budget, and Japan and South Korea. So the demands from the EU, Japan, South Korea has been declining and they are some of the largest trading partners of China. And finally, there has also been a decline in the automobile sector, reducing the demand for iron and steel. Remember China is the largest producer of steel. And when the steel price goes down, it directly affects the Chinese production, and its economic growth and employment.