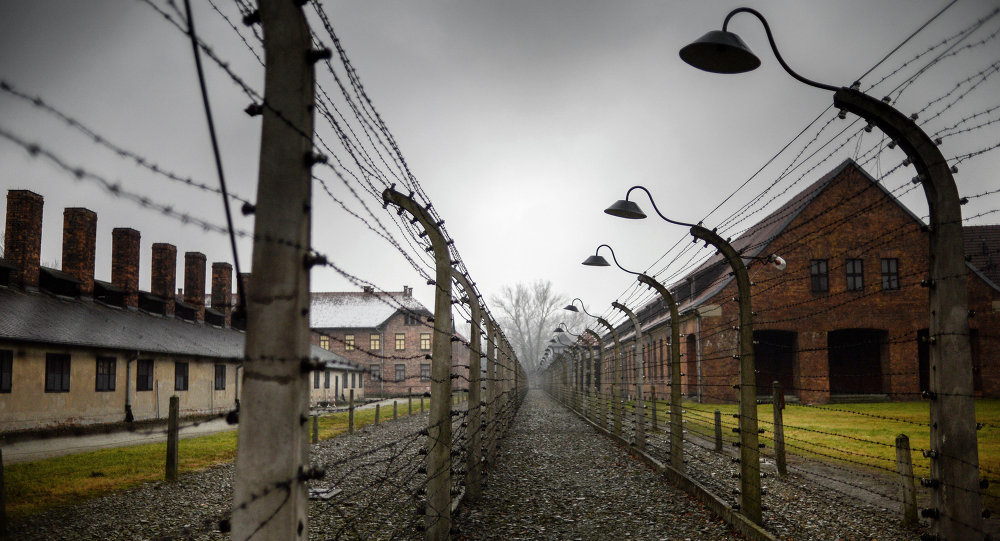 Sputnik talked about the debate around the memorial with Manfred Gerstenfeld, a former chairman of a leading Israeli think tank: the Jerusalem Centre for Public Affairs.

Sputnik: What are your thoughts on the idea to build a memorial dedicated only to Polish victims of Nazi troops?

© AFP 2019 / Louisa GOULIAMAKI
Merkel Recognises Nazi Crimes in Greece, Remains Silent on WWII Reparations
Manfred Gerstenfeld: It's a complicated matter. Germany has committed enormous crimes in Poland, that is one aspect of the issue. In total, about six million people in Poland were murdered, 3 million of these were ethnic Poles and three million were Polish Jews. There is, of course, a big difference between the two because the Polish Jews there were targeted for total murder and the great majority of the Polish Jews were exterminated by the Germans in camps.

The Poles were targeted as inferior people, but the Germans did not have an aim to murder all the Poles, which they also didn't. So the big question is: I am all in favour of the memorial, because I believe that there is revisionism in Germany, in particular, with the arrival of a new right-wing party, so it's important to make memorials for the victims of Germany's incredible crimes, but the complication is: what do you write around memorials? Lumping together the three million ethnic Poles and the three million Polish Jews is not such a great idea, the more so, as ethnic Poles also murdered 200,000 Jews who escaped from the German camps.

A new study by a Canadian historian, professor Jan Grabowski of Ottawa University, shows very clearly that many Jews, about 200,000 who escaped the persecution by the Germans, were murdered by ethnic Poles. On the other hand, there were also escaping Jews who were saved by ethnic Poles, so it's a very, very complicated story. Broadly speaking, if the memorial tells the absolute truth — I am in favour of the memorial.

Sputnik: How do you think this news will be met in Israel?

© AP Photo / Vadim Ghirda
Trump Challenges Macron: EU Army 'Didn't Work Too Well' in WWII
Manfred Gerstenfeld: It depends really on what is written there. If it tells the truth, I don't think there would be any significant negative comments in Israel. Israel is in favour of the truth on this story, nobody says here that the Germans weren't horribly criminal against Poles, this is a historic fact and this has to be recognised, and the further away we get from the crimes committed by Germans in the Second World War the more there is an inclination to whitewash all this.

Sputnik: How would this memorial differ from a similar memorial to the victims of the Holocaust?

Manfred Gerstenfeld: That is another complicated issue. The Holocaust was a unique genocide, it was an industrial operation to murder all European Jews who could be caught, that is something radically different from crimes committed against an occupied nation, certainly the worst crimes were committed against the Poles in numbers, these are two totally different things. There is no other similar industrial genocide in history. Germans used the most modern technologies to exterminate the Jews and a memorial for the murdered Poles is not a memorial of the extermination of the Poles.

Sputnik: Do you think that the public in Germany knows enough about Germany's role in the Second World War?

Manfred Gerstenfeld: I don't live in Germany, but the impression I get is that in the first place, much more should be done to tell the history and, secondly, one should do something against revisionists.