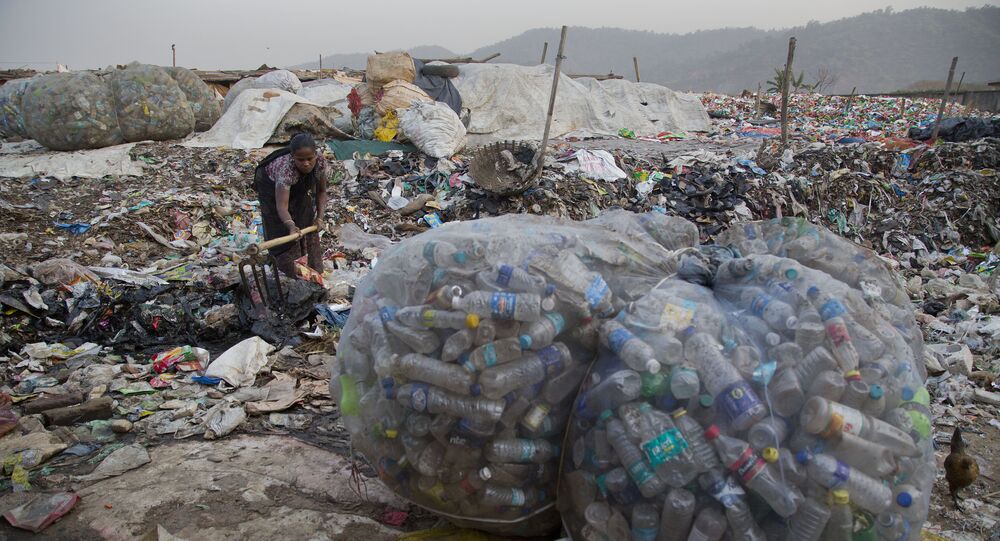 There Is No Global Market for Recycled Materials - Research Scientist

Shell, Procter and Gamble and Exxon are just 3 of the 25 organizations joining together to remove plastic from the earth’s oceans. The new Alliance to End Plastic Waste say they will aim to reduce the amount of plastic waste produced and also invest in new methods of recycling ocean debris.

Sputnik spoke with Dr Jennifer Lavers, Research Scientist at the University of Tasmania for more insight on the issue.

Sputnik: The Alliance to End Plastic Waste has set out $1bn to tackle plastic waste in earth’s oceans. How significant is the creation of this new industrial group?

Jennifer Lavers: It’s really exciting that industry is coming on board and that they are acknowledging that there is a very significant issue. I think we have all acknowledged that there is a role for industry in this conversation; we can’t solve this problem without their partnership but I think there are a few concerns that need to be addressed.

The couple of the warning signs that come first to my mind are Exxon and Shell are just two of the 25 organizations that are part of this alliance and just last year, they were also part of a much announcement where these two corporations along with a couple of others invested more than 186 billion dollars in over a less than a decade, to actually increase the production of plastic, which has actually contributed to an estimated 40 times increase in plastic over the next decade.

© REUTERS / Regis Duvignau
Japan Bursting with Plastic Garbage in the Wake of China’s 2017 Waste Import Ban
Sputnik: Some of these companies e.g. Shell have controversial histories surrounding environmental causes; are there fears that this announcement is simply a drive for 'good publicity’ and is there a fear that other companies could follow suit?

Jennifer Lavers: I think that’s always a risk but at the same time, realistically, these companies have it in themselves financially, globally in scope and scale to actually do something really meaningful so we don’t want to write them off.

It’s just this particular alliance, this particular choice of actions; I don’t think is the right choice. All of the Asian countries no longer want the world’s waste and we simply don’t have the infrastructure in the rest of the developed world to deal with it. It’s mine to say that we aim to increase recycling but where will it go? There is no market for recycled materials, so I think their aim is off.

It sounds really pretty but behind it there lacks real substance.

Sputnik: 1Bn is obviously a huge amount of money but will this new concentrated effort be effective in ridding plastic from our oceans?

© AP Photo / Gemunu Amarasinghe
Millions in Donations Allow Ocean Cleanup Org to Tackle Great Pacific Garbage Patch
Jennifer Lavers:  In all cases, especially when you’re talking about lots of money like this, different groups may try to grapple for it and it may possibly end up in the wrong hands or it may not be the most effective strategy or all of these things could possible happen… I think we need to not get caught up in that 1.5 billion dollars that they are investing.

In Europe alone, the plastics industry is worth 350 Billion dollars per year to the economy. The 1.5 billion dollars that these 25 organizations are putting up, over a five year period, is equivalent to 0.08 percentage of the value.

It sounds like a lot of money, but it is actually an incredibly small amount of what these companies are worth and that’s just the European market. It sounds like a lot and a do good mission, but I think we are sailing the ship in the wrong direction.

Views and opinions expressed in this article are those of Jennifer Lavers and do not necessarily reflect those of Sputnik.