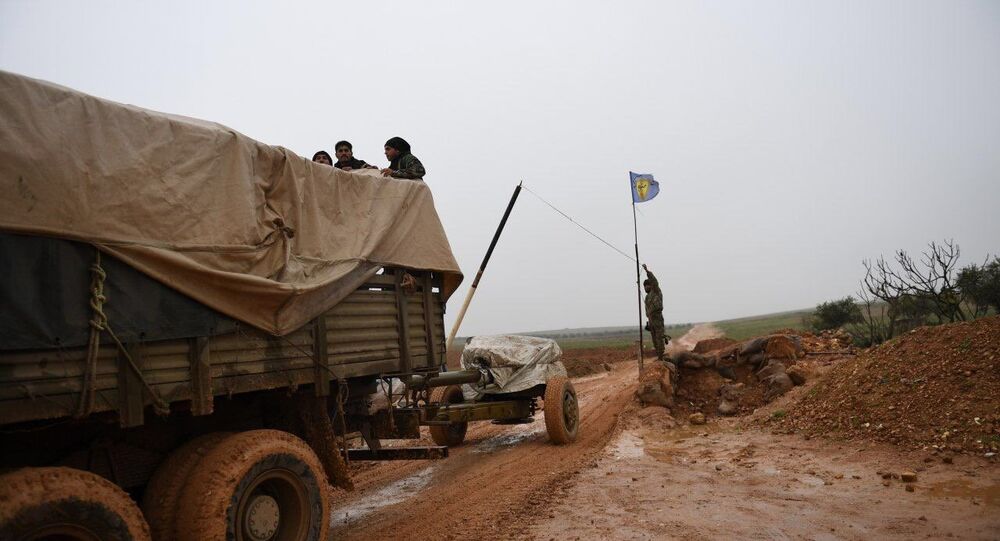 Ever since announcing the withdrawal of US troops from Syria in mid-December, US President Donald Trump has waffled back and forth about the timetable, as well as whether the US would really be departing the region.

After Trump announced the withdrawal of roughly 2,000 US troops from eastern Syria, where they've been for nearly two years, ostensibly in defense of Kurdish militias in the region imperiled by Daesh, the ground in southwest Asia began to shift. Suddenly, all bets were off as to how events in 2019 would unfold. The year's end saw Kurdish leaders fly to Damascus to bury the hatchet with Syrian President Bashar al-Assad, and Turkish President Recep Tayyip Erdogan backed off from what seemed to be an imminent invasion of northern Syria only weeks earlier.

Immediately, opponents of the Syrian government sought to leaden the US departure. Israeli Prime Minister Benjamin Netanyahu approached Trump on the issue on December 20 with the intention of slowing the withdrawal, noting that US and Israeli rival Iran, an ally of Assad, would benefit from the move, Sputnik reported, citing an Israeli official's comments to reporters traveling with Netanyahu. An Israeli source later told Axios the country would "continue the airstrikes against Iranian targets in Syria regardless of the US policy. We have shown this already, and it is a message to the Iranians that we are not going to back down.

On January 2, White House Press Secretary Sarah Huckabee Sanders said the US withdrawal didn't mean the end of its campaign in Syria, noting the US would continue to defend Kurds struggling against Daesh, which is confined to eastern Deir ez-Zor province near the Iraqi border.

Observers could be forgiven for feeling whiplash regarding Trump's position on the US mission in Syria and its withdrawal over the last few days, though. On December 31, he raved on Twitter that Syria "was an ISIS loaded mess when I became President… ISIS is mostly gone, we're slowly sending our troops back home to be with their families, while at the same time fighting ISIS remnants."

"I campaigned against the NEVER ENDING WARS, remember! I am the only person in America who could say that, ‘I'm bringing our great troops back home, with victory,' and get BAD press. It is Fake News and Pundits who have FAILED for years that are doing the complaining," Trump wrote.

Two days later, on January 2, the president sang the opposite tune, saying, "We're not talking about vast wealth. We're talking about sand and death. I'm getting out, we're getting out of Syria. Look, we don't want Syria."

Radio Sputnik's Loud & Clear spoke Thursday with Peter Ford, former UK ambassador to Syria, about what exactly we can expect to unfold in the region in the next few months, and whether or not the US would really leave Syria.

https://www.spreaker.com/user/radiosputnik/is-trump-really-withdrawing-u-s-troops-f
© AP Photo / French Army
Macron Tells Putin Coalition to Continue Fighting Terror in Syria - Elysee Palace
​Ford dismissed the idea that Trump would change his mind on the pull-out, telling Sputnik Thursday that "it's going to happen" whether it takes 60 days or six months. He later explained that the reason Pentagon officials are citing longer withdrawal times is that they want to take back the weapons they'd supplied to the People's Protection Units (YPG), the Kurdish militias in the region.

"The precise timing is no longer important, it's the direction of travel that counts. People can begin to make their calculations now — they are already. The Kurds are in deep discussion with Damascus and with Moscow on the modalities for the return of the Kurdish regions to the bosom of the Syrian state. The Turks are holding off, in the knowledge that eventually the US will withdraw, that the US protected Kurdish militia will be taking themselves far away from the Turkish border, perhaps dissolve themselves completely."

Of course, the US forces in Syria aren't going very far: the US has been building two new bases in Iraq's Anbar province less than 100 miles from the Syrian border, as well as expanding its already-massive al-Asad Air Base in the area, Sputnik reported.

Ford dismissed what "all the Washington critics are saying" Turkey would do if the US left Syria: massacre the Kurds in Syria.

"Turkey is not that stupid. Even when all the US forces have withdrawn, it will not be in Turkey's interests to court a UN Security Council unanimous condemnation, with sanctions and whatever, when Assad's going to do the job for them. The Kurdish militias are already in discussion with the Damascus government on disbanding, on dissolving themselves, removing themselves from the area close to Turkey," Ford said, noting later that their strength was between 30,000 and 50,000 people under arms.

"This is exactly what Erdogan wants — in fact, he's said this! People just don't listen."

However, the former diplomat dismissed the idea of an autonomous Kurdish state in Syria after the war, noting that the only way such a "statelette" could come into being is if US forces remained in the region, which would be directly antagonistic to Turkish interests, as Ankara fears such an entity would become a launch base for further Kurdish paramilitary operations across the border inside Turkey.

Ford's comments echo those made late last month by Iran's ambassador to Iraq, Iraj Masjedi, who said, "The strategic policy of the US is [based on] the establishment of instability and crisis in the region, and this is the reason that it creates obstacles in the way of any effort which will lead to [boosting] peace and calm in the region," Sputnik reported, citing PressTV. He went on to say that the region's countries are capable of protecting themselves without the help of foreign troops.