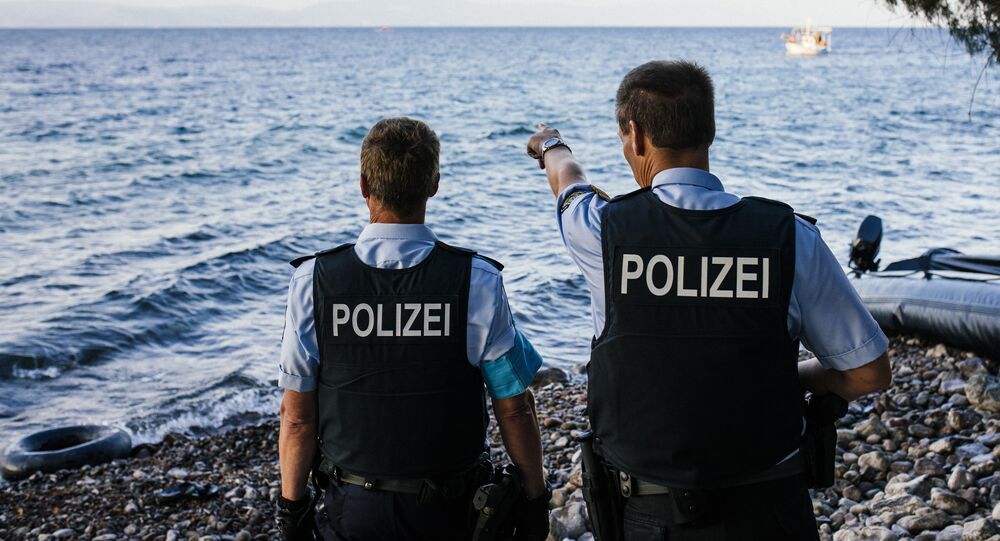 European Union member states should pay into the EU budget or toward development projects in Africa if they refuse to take in refugees. This is according to a document submitted by France and Germany to EU interior ministers in Brussels as seen by Reuters.

Sputnik has discussed the proposal with Anna Triandafyllidou, a professor of global governance at the European University Institute in Florence.

READ MORE: France and Germany to EU States: Either Pay or Host Refugees

Sputnik: What is your take on France and Germany's proposal on migration suggesting that EU nations could "pay their way out" of accepting migrants?

Anna Triandafyllidou: I think these two governments which, of course, have an important impact on others are trying to break the deadlock that was created mainly by Central Eastern European states but now increasingly also from Italy with regard how to distribute migrants or asylum seekers once they set their foot on European soil, which can be the soil of any EU member states which is close to the external borders. So, I think this is probably a way forward. This step is taken under the pressure of the upcoming European elections in June 2019 and I think there's concern that the European Parliament we're going to get after these elections will be shifted much more towards the far-right.

So it is better to find a good solution, perhaps, not the best solution but a good solution, and a solution that can work rather than go to the next Commission or the next European Parliament with a deadlock. On one hand, you might say that paying your way out of welcoming refugees is in principle wrong, but if, for instance, these countries are made to implement their financial tasks of, for instance, promoting development and direct investment in Africa and/or paying into the EU budget and have been in this way [helping] the countries that are hosting the refugees would be important. Perhaps we would have to see how much they would pay because there have been discussions in the past which were rejected as unrealistic in terms of the financial burden for countries like say, Slovakia, Hungary that are not very rich economically.

READ MORE: UN Official Warns US Sanctions on Iran Might Cause Mass Inflow of Refugees to EU

Anna Triandafyllidou: What do you make of the mainstream media portrayal of the proposals as softening of the European Union demands, how justified does this wording sound to you?

Sputnik: I wouldn't say it's a softening. I would say it's becoming more pragmatic and it is acting under some pressure, and I would say it's more realistic. I wouldn't say it's a softening. Such ideas of paying your way out of refugee integration have been tabled before, perhaps, now the time has come to take a decision. On the other hand, we shouldn't ignore something that is of concern to many other countries that are farther North; that there is secondary informal movement, so that's also another part of the picture.

Of course, the secondary movement is not going to the Baltic States or Slovakia, or to Poland, it is going to, say, the Netherlands or Denmark, or Britain, but I think it's also important. I don't know how much people know that Poland, that is so vehemently against migrants and asylum seekers hasn't received any, they haven't received any, the same for Slovakia and the same for the Baltic States. We're talking about maybe a couple of hundred people. It's what we call Islamophobia without Muslims, migrantphobia without migrants. So that's why I say the political issue is very important, but maybe it's important, however, to strike a deal now rather than wait for after the summer.

Sputnik: Another problem is if all countries choose payments over accepting refugees, how likely is that scenario?

Anna Triandafyllidou: I don't think this is very likely and I don't think this is also very likely from a political point of view. I think the idea is to neutralise some countries that are being very vocal. They're being so vocal to gain votes internally, but they are also disrupting EU policies. There I think are to neutralise some countries instead of coming to a deadlock and instead of coming to collision. I think the EU in that sense and the large countries within it are right not to come to a collision because Poland and Hungary, for instance, have provoked and deviated from the Eurozone from other very important issues that concern their own democracy, their own government; the independence of the judiciary, human rights, abortion, issues of women. In Hungary, they've attacked the NGO's, so civil society, they're all in civil society. So I think for the EU it's more important to keep them at arms distance and try to influence them positively rather than have a collision and kind of break the communication.